So I left you on a hilltop pretending to fly over a ravine that is allegedly home to a dragon. The only thing I was lacking was the LOTR soundtrack, but if you know me you know that’s really not an issue, since I can hum the whole thing to myself as I please. Which I definitely did.

We traipsed down the hill, through the little stone houses, and began to walk down that path you saw earlier, the one cut into the side of the mountain. I love this picture, of children playing. A lot of older kids- teenagers and young adults – don’t live here anymore, even in the summer, because the way of life doesn’t appeal to them. But the little kids and the older people- the former with a whole life ahead of them and no societal expectations, the latter with their whole lives behind them and no societal expectations- still live here. 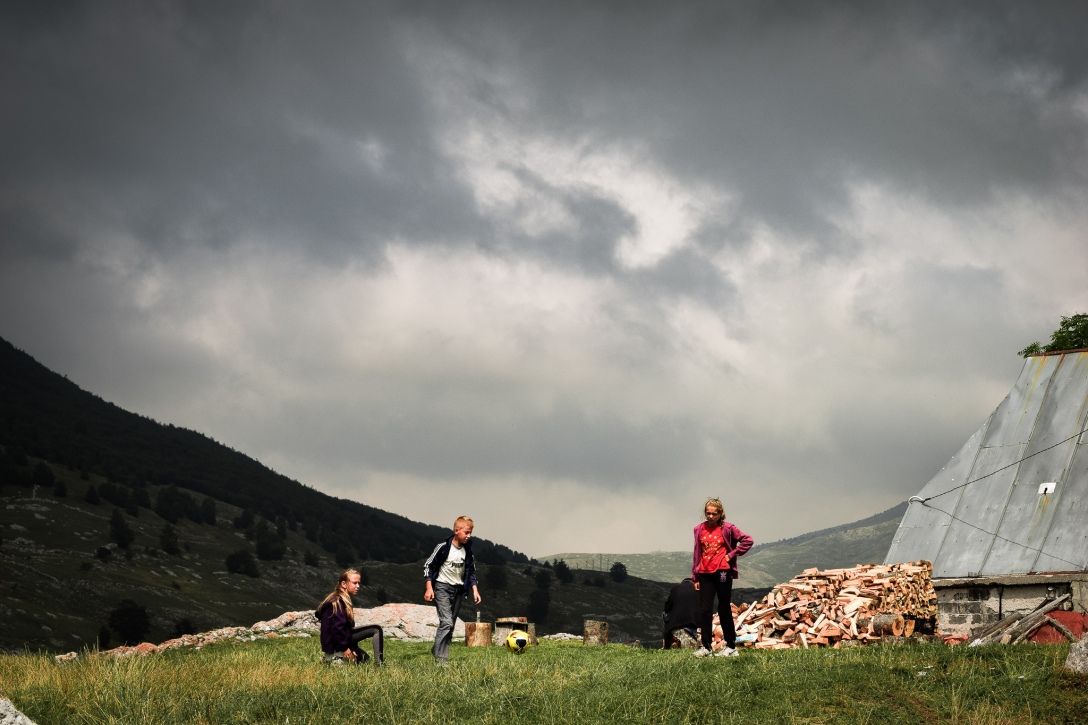 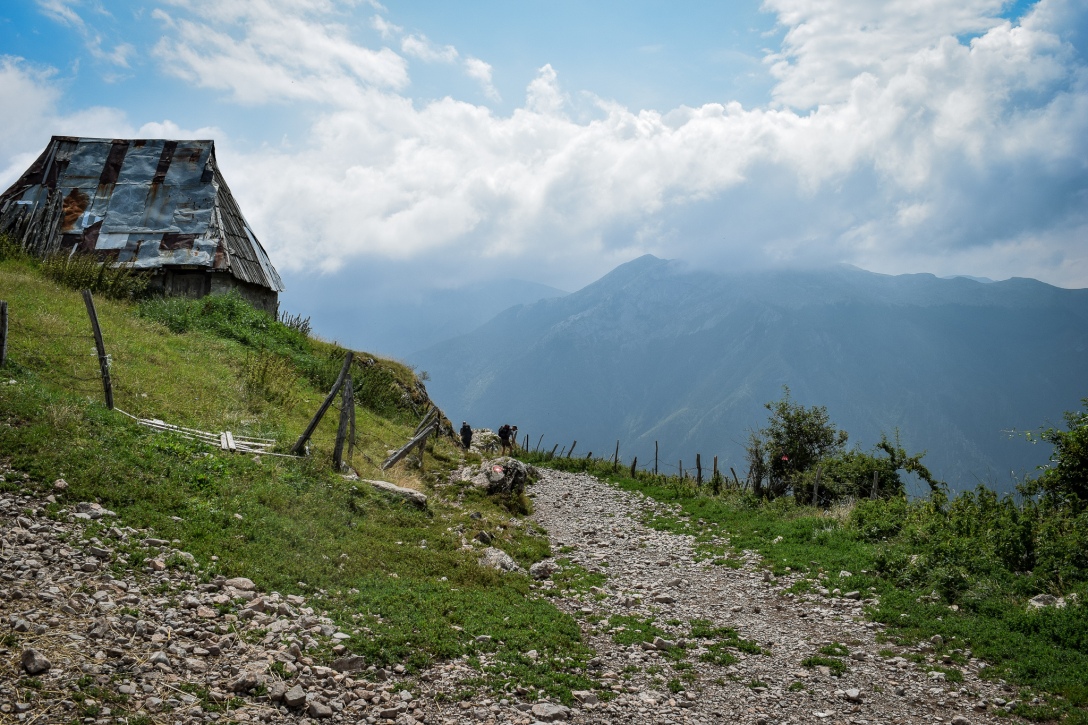 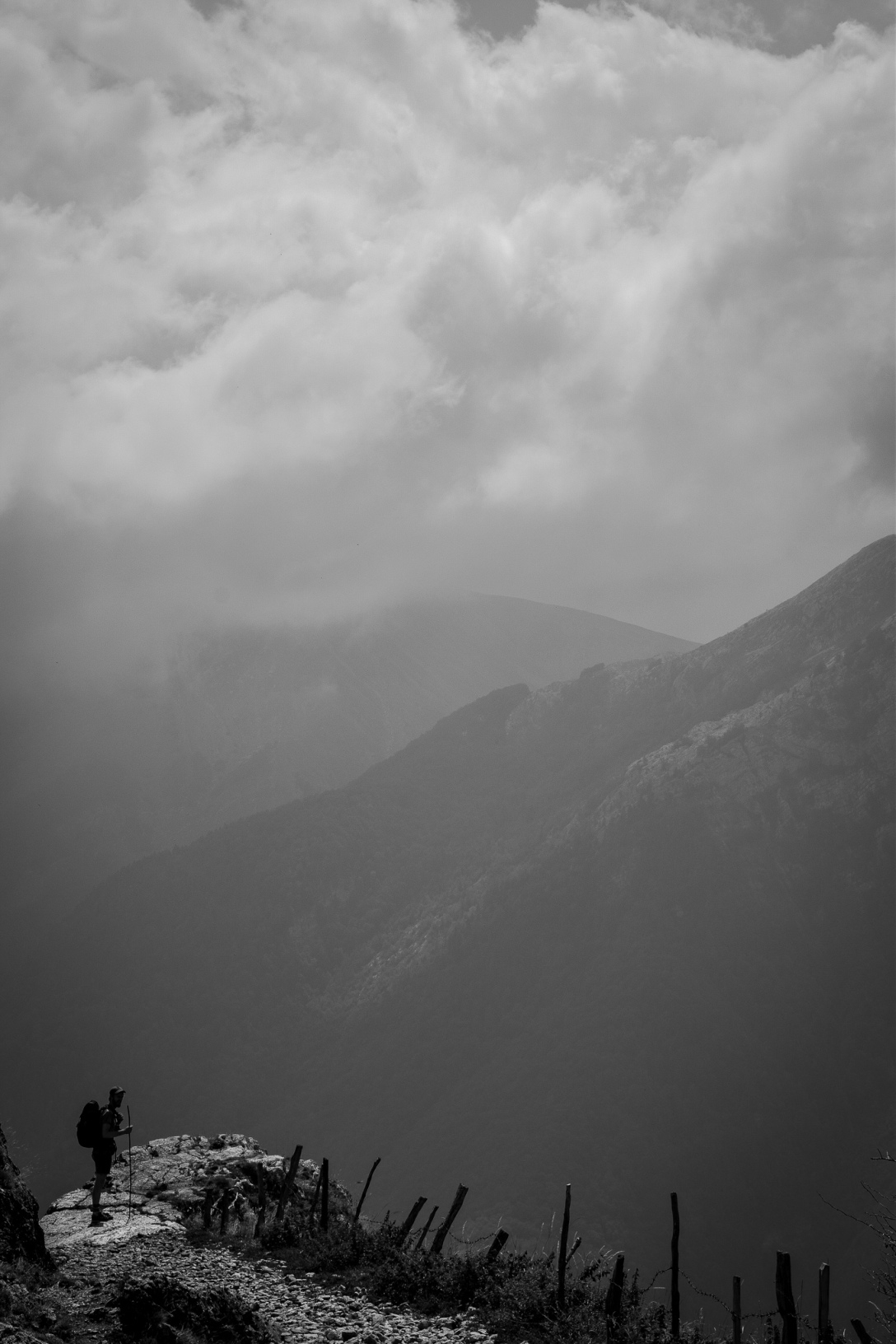 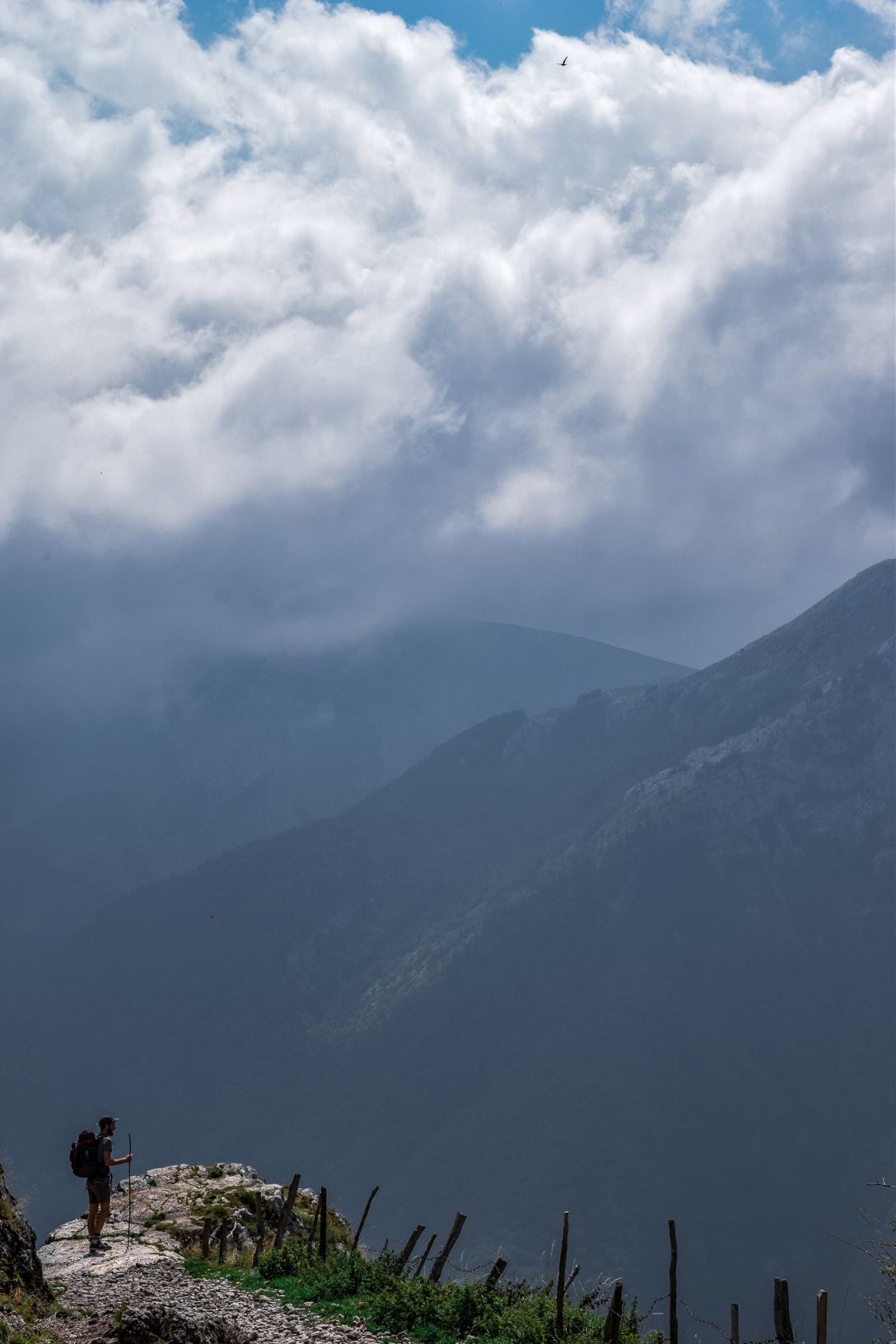 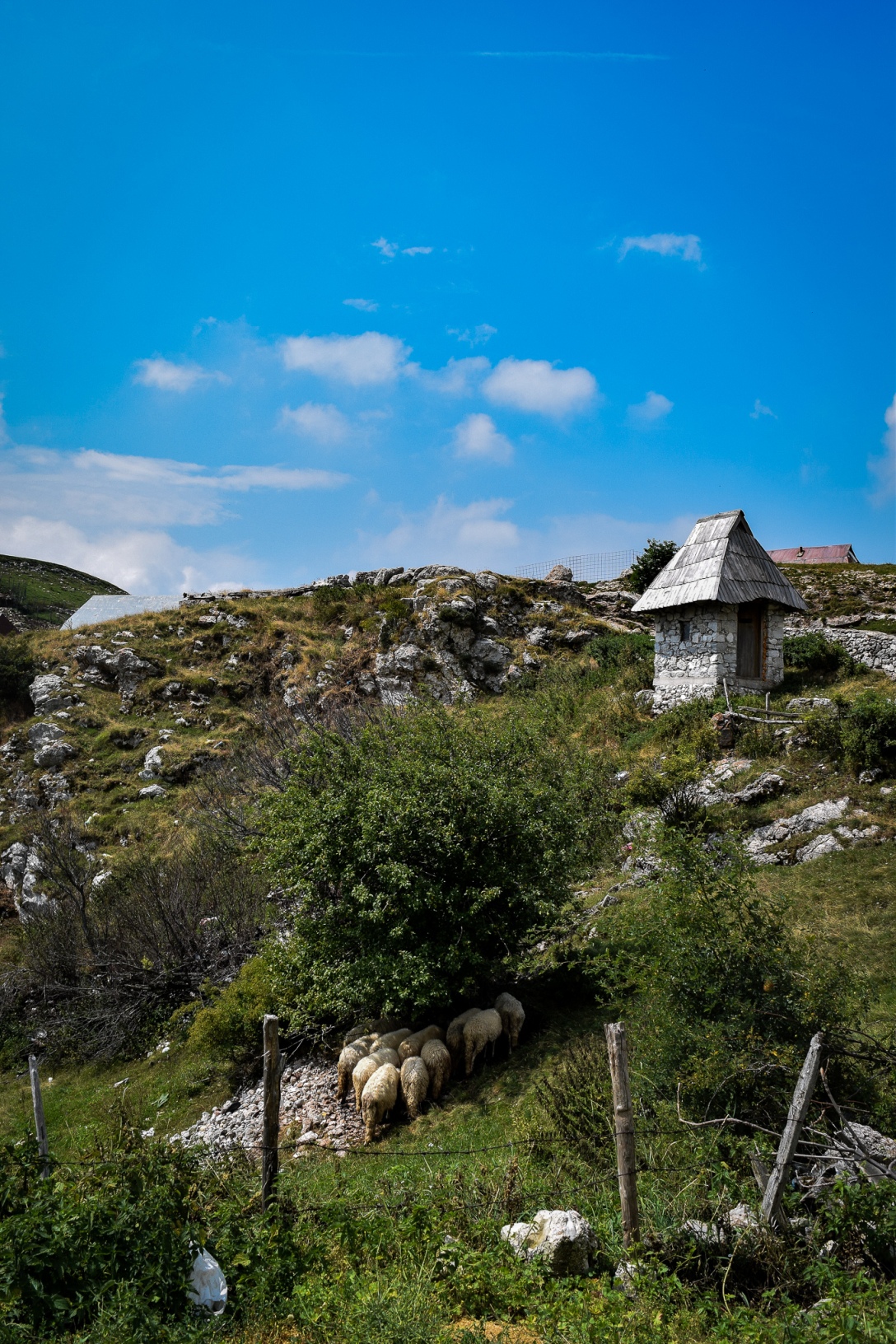 Herds of sheep graze, hikers hike, chickens chick… ok, kidding. But a lot of places that have “ethno villages” or replicas of the way people “used” to live are often comical, reminiscent of zoos, very much a sad paradox between a falsified or exaggerated way of living and the reality that that charade is how these people make a genuine living, selling their culture to the next highest bidder, in a way that makes me very uncomfortable and sometimes uneasy. But Lukomir isn’t preserved in the sense that it’s intentional, it just “is”- there is an old woman selling hand-knit woolen socks, sure, but there are no wares, there are no museums, there are no forced cultural exhibits. It’s all very organic and natural and I love that. 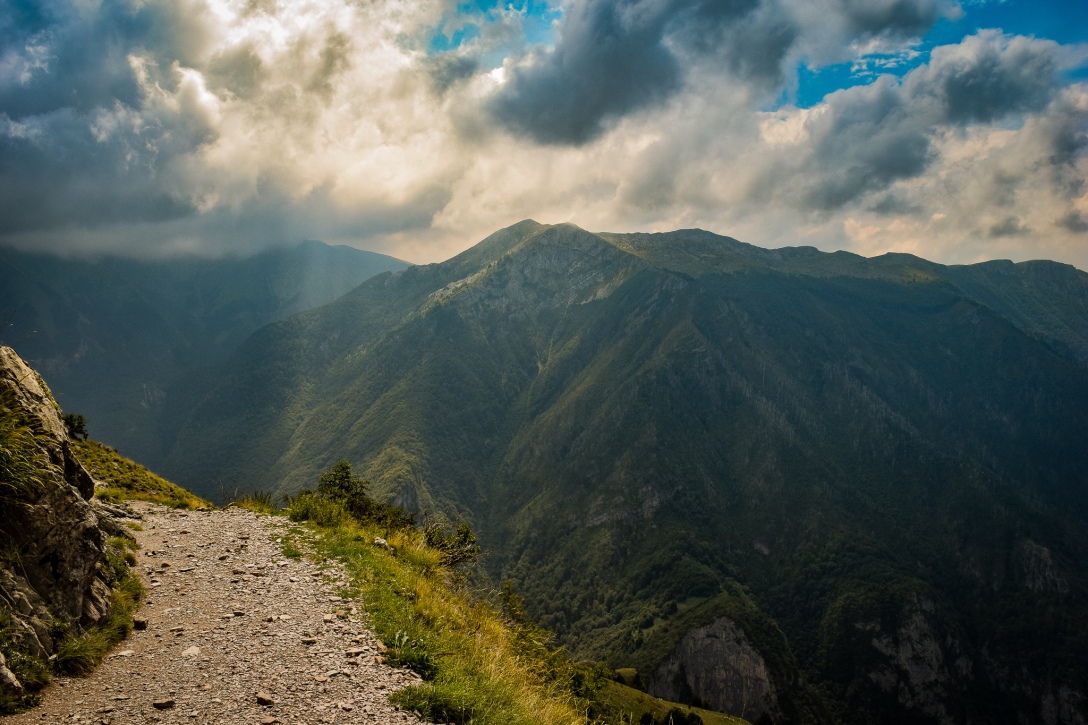 The mountains themselves were stunning. I love mountains, the way they are unapologetically monumental. The ones in Sarajevo laugh into the streets, rolling casually, tumbling over each other happily, as they whisper gently into the alleyways that indicate the beginning of civilization. The ones in Lukomir are sturdy, strong monoliths that wear their age and grace with enviable confidence. The wind blows over and through the ravine with force, but lands gently on me as I lay in the grass after lunch. The wildflowers are new, beautiful, vibrant, growing despite the shale. I asked the names but the guide said ‘nothing, they are just wildflowers.’ But they were beautiful, and  I don’t believe in the word just and I don’t believe any flower is just anything at all. 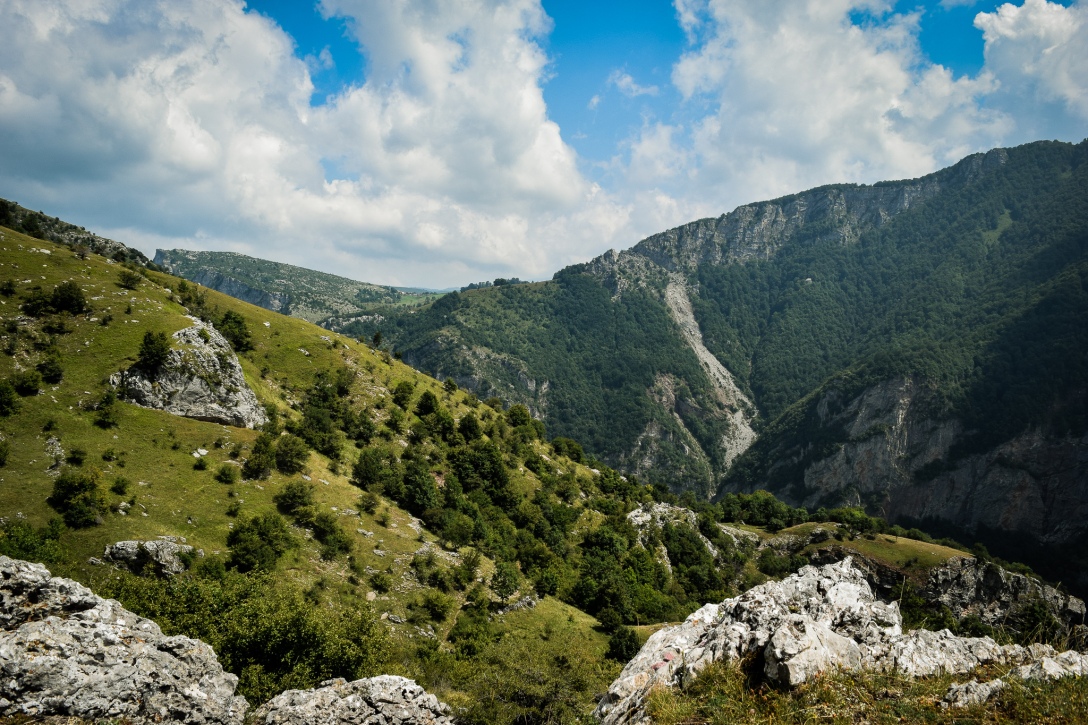 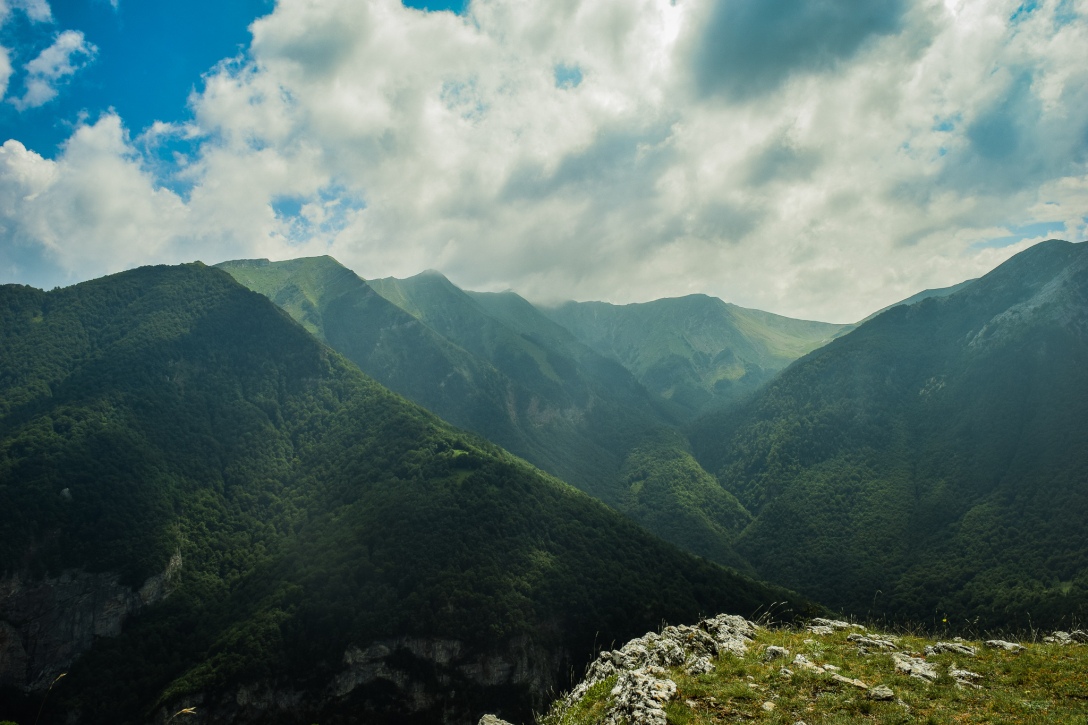 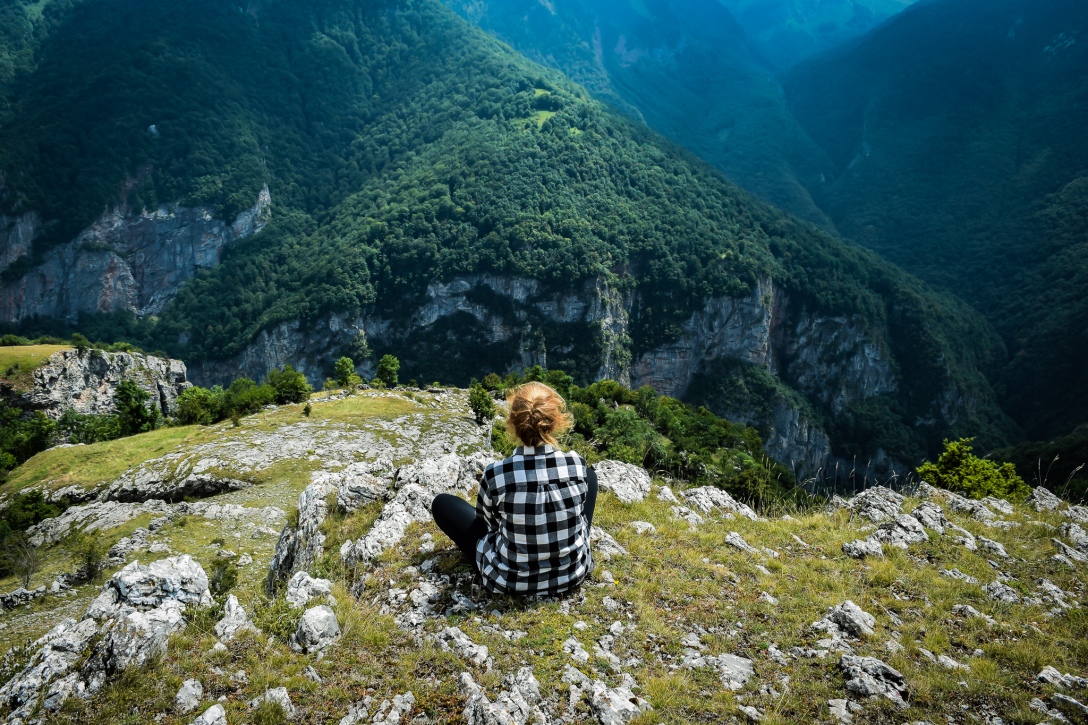 Here we have the remainder of the Fellowship. I want to give you an idea of the fact that though they look like rolling hills, they really were steep. 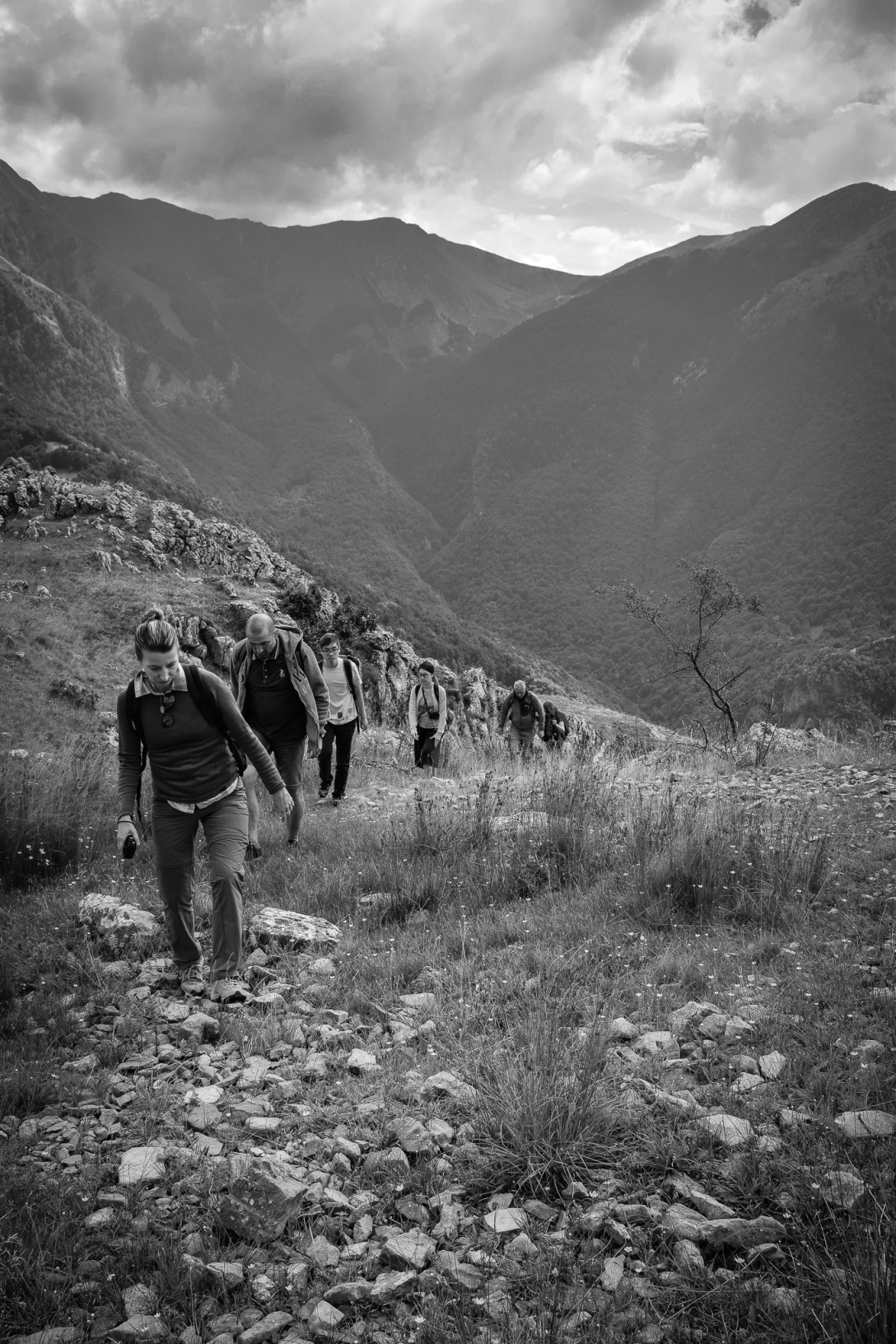 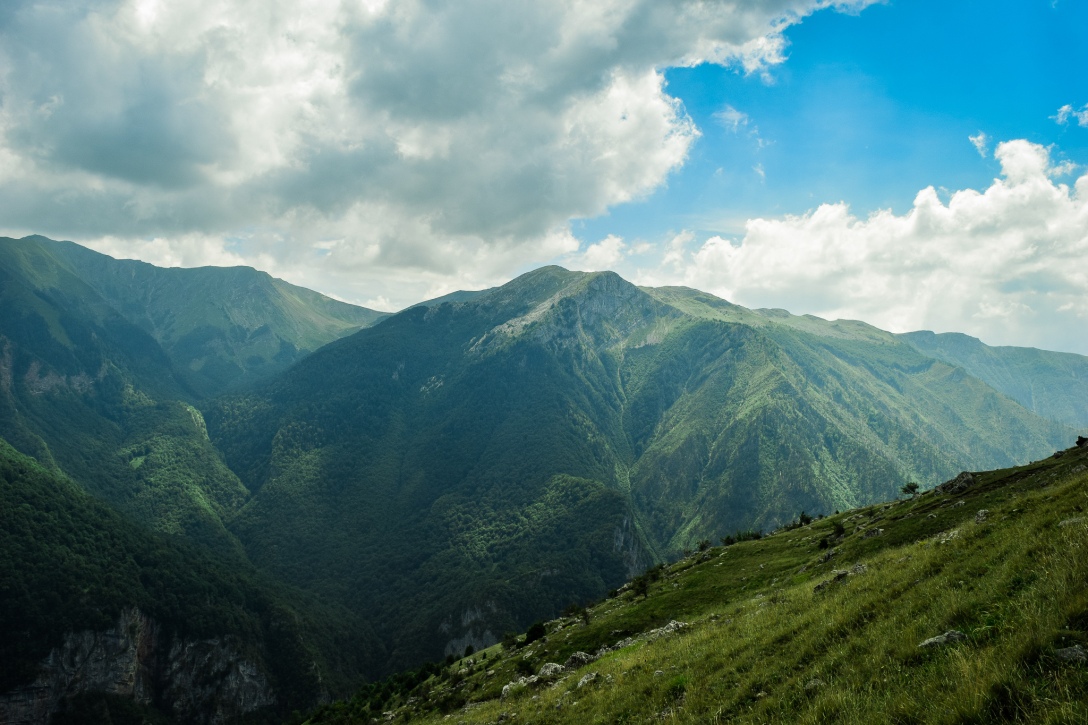 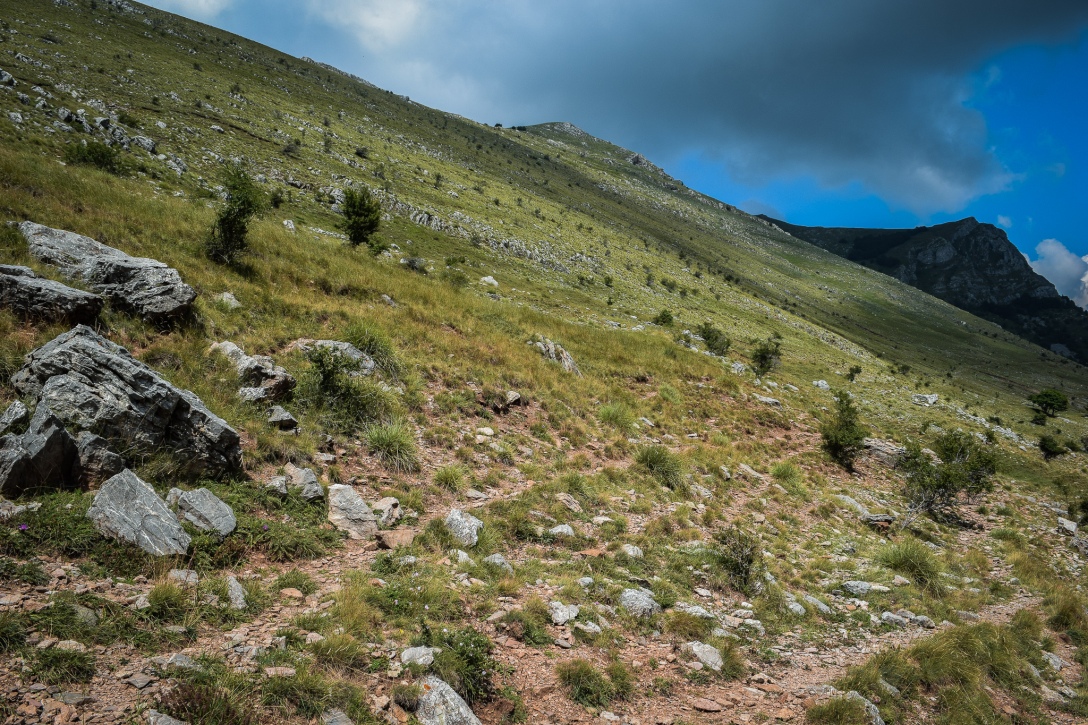 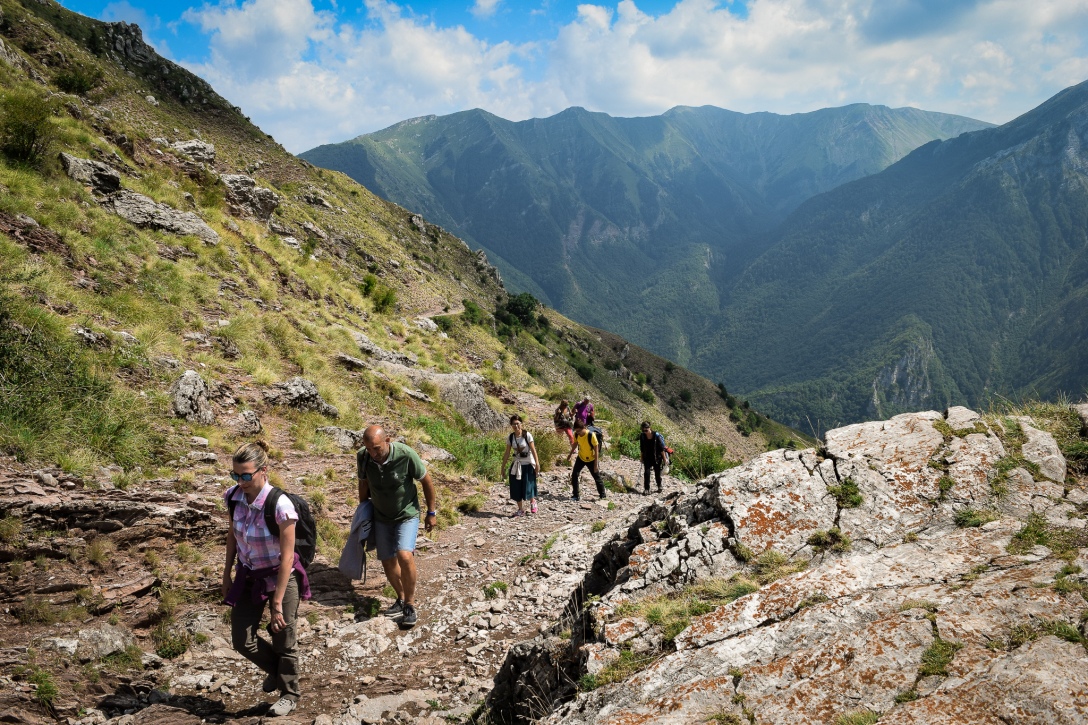 After a hike, lunch, a nap on the mountainside (yes, I got thoroughly burnt), and a trek back, we explored Lukomir for a bit before heading home. 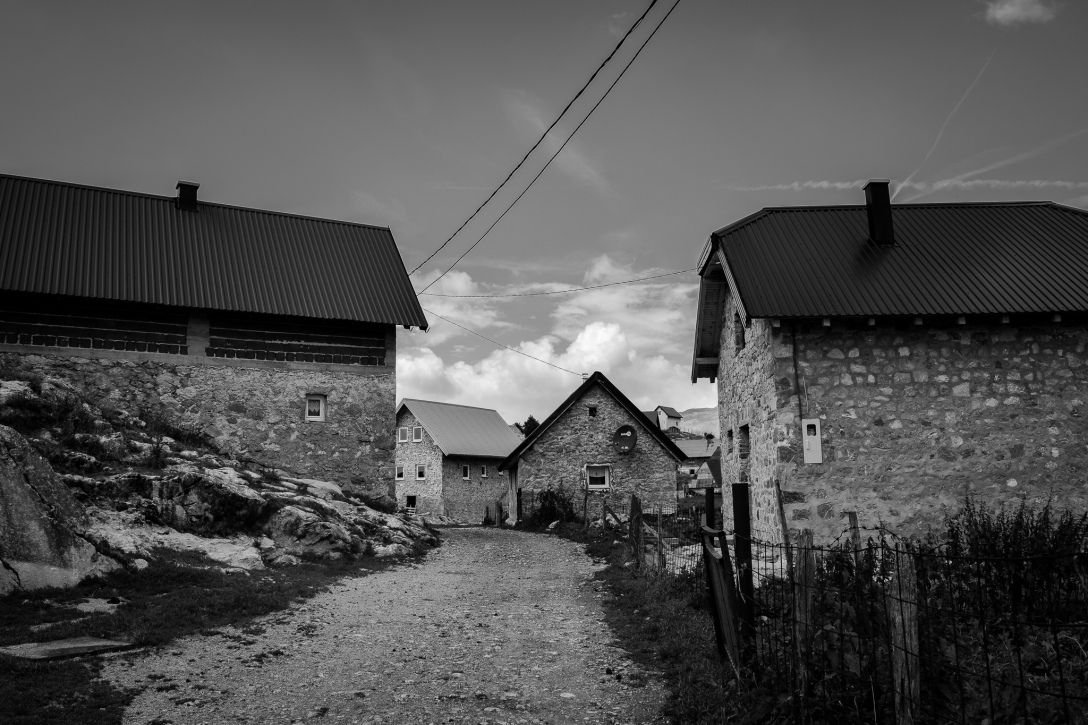 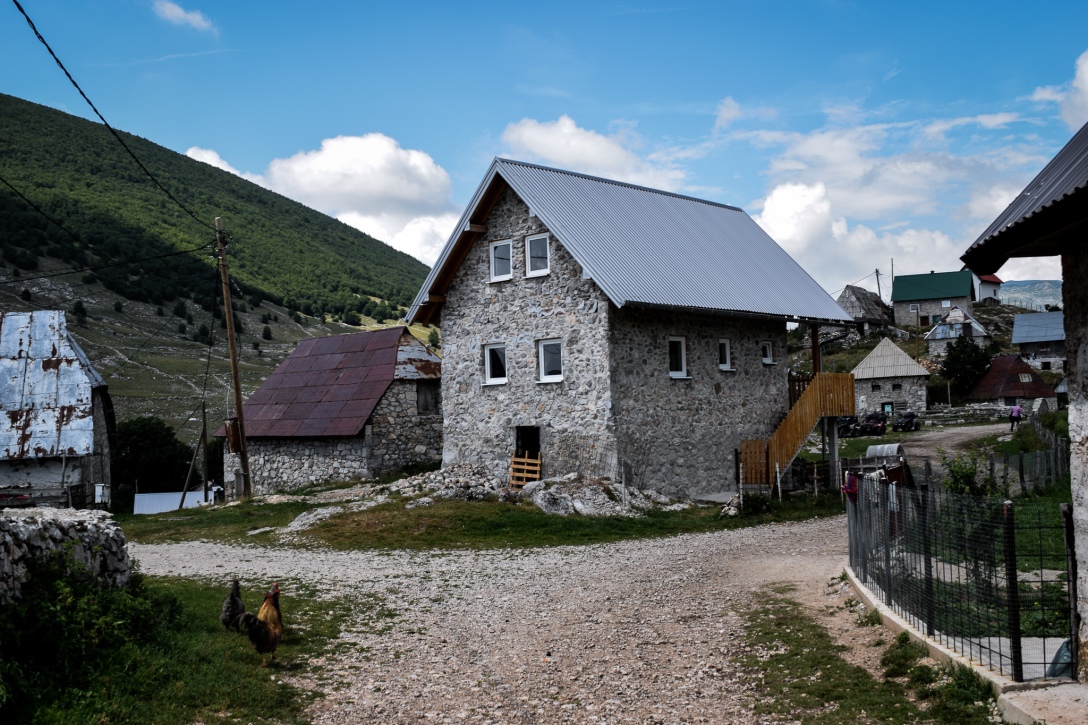 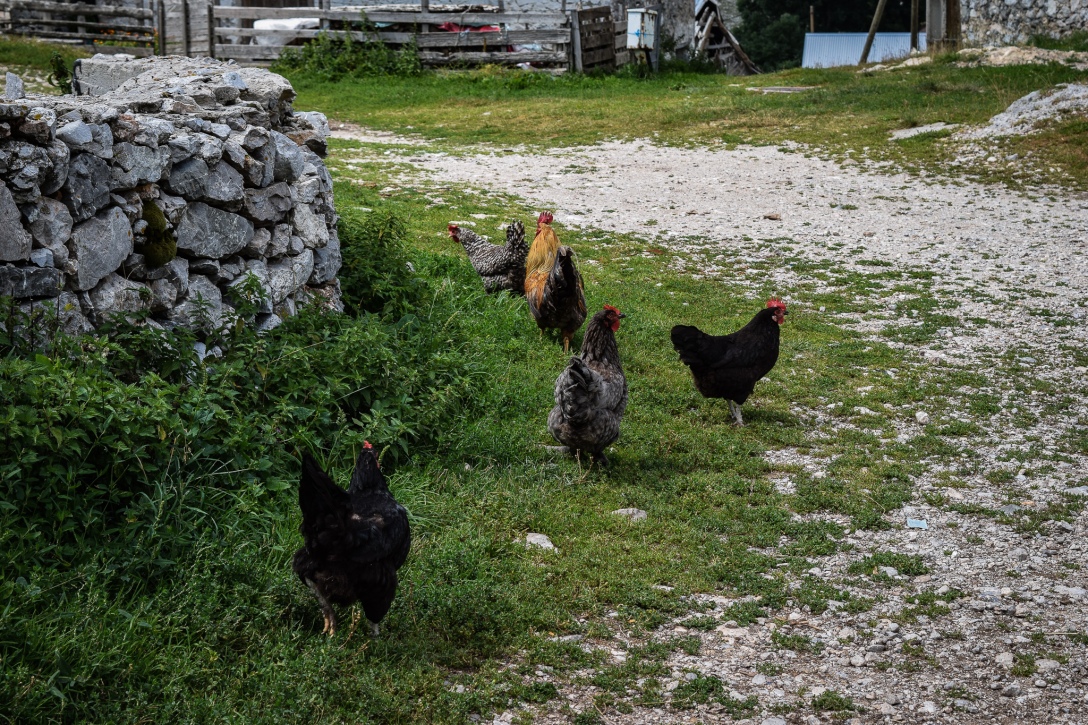 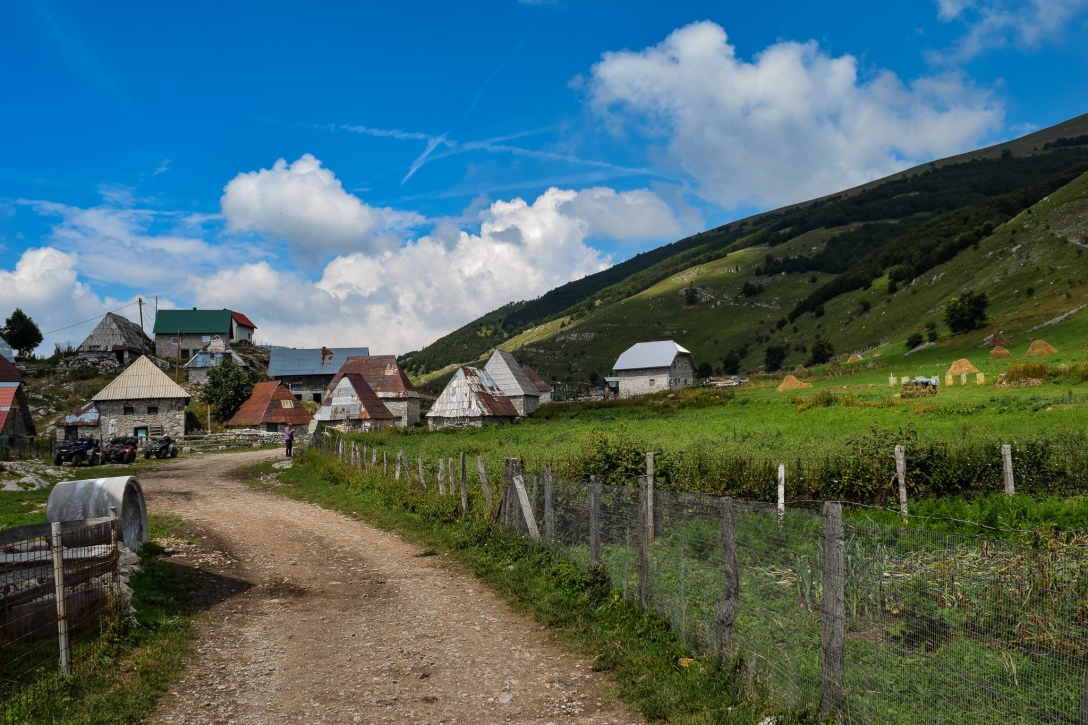 The first thing I did was go back to the stecci, one of which had engravings. Above, you can see haybales. These are all over Bosnia, and they keep them weighted by tying a stone onto either end of a rope or wire and throwing it over top. Sometimes they cross two of these (a total of four stones) in a perpendicular pattern.

The below picture shows the confluence of time. There are two older women, dressed traditionally with headscarves and hand-knitted sweaters or vests, with four men dressed very nicely. 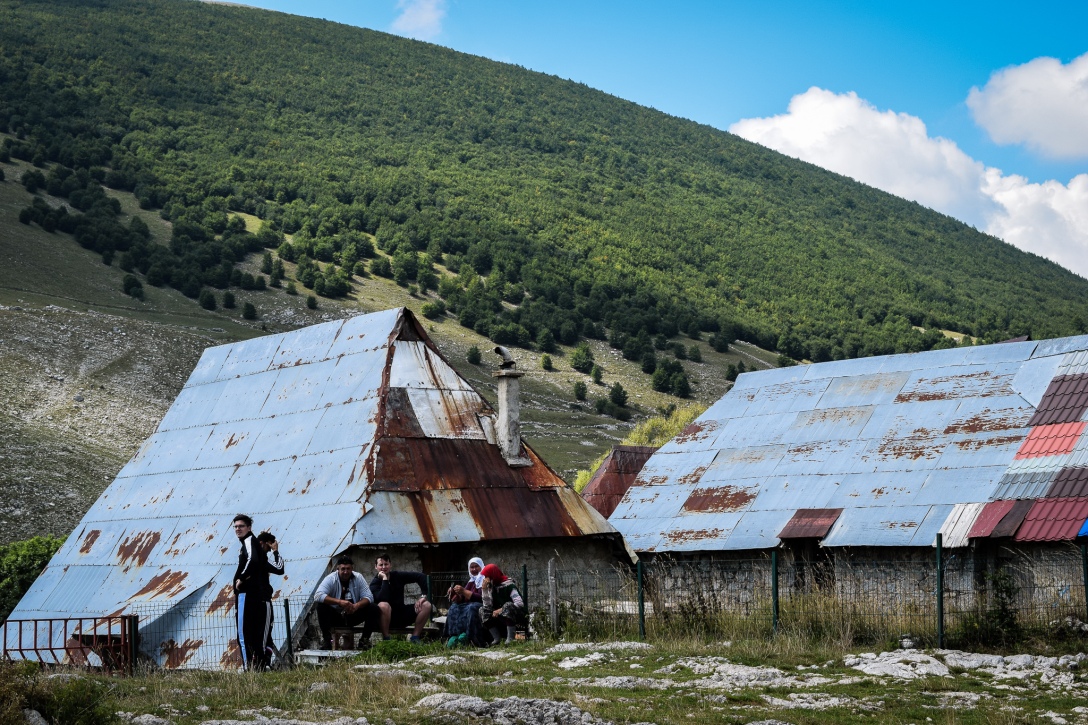 I’ve mentioned this before, but in most of the world public sources of water are a thing. Europe, some places in South America, and certainly Bosnia. Here, one of the nicely dressed men (they had four-wheeled in) was washing his pants and shoes of the dust that had accumulated on the few kilometers of dirt road. 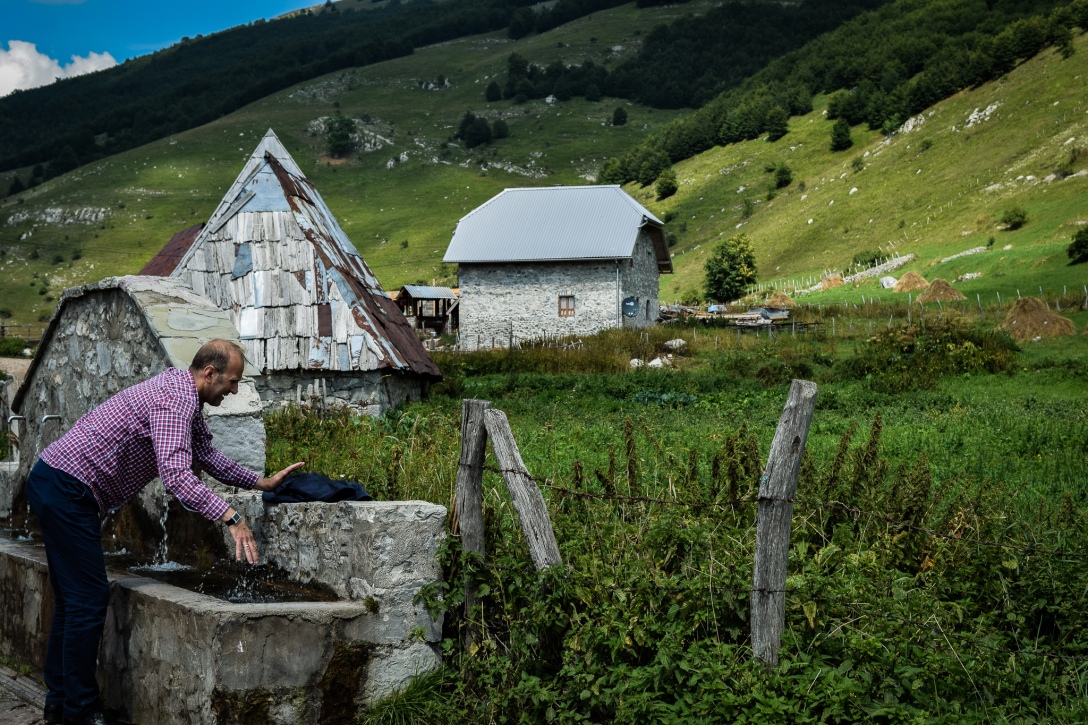 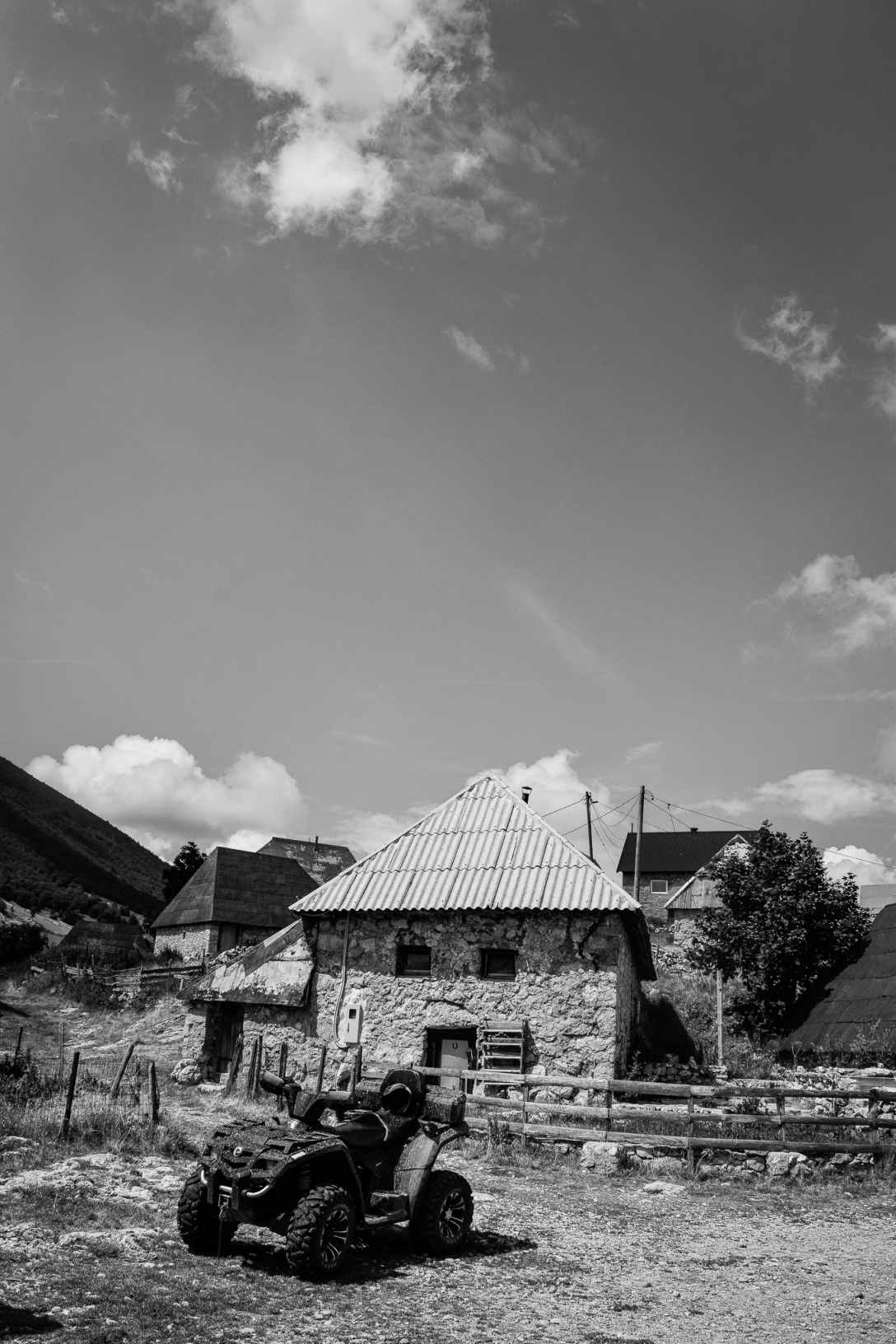 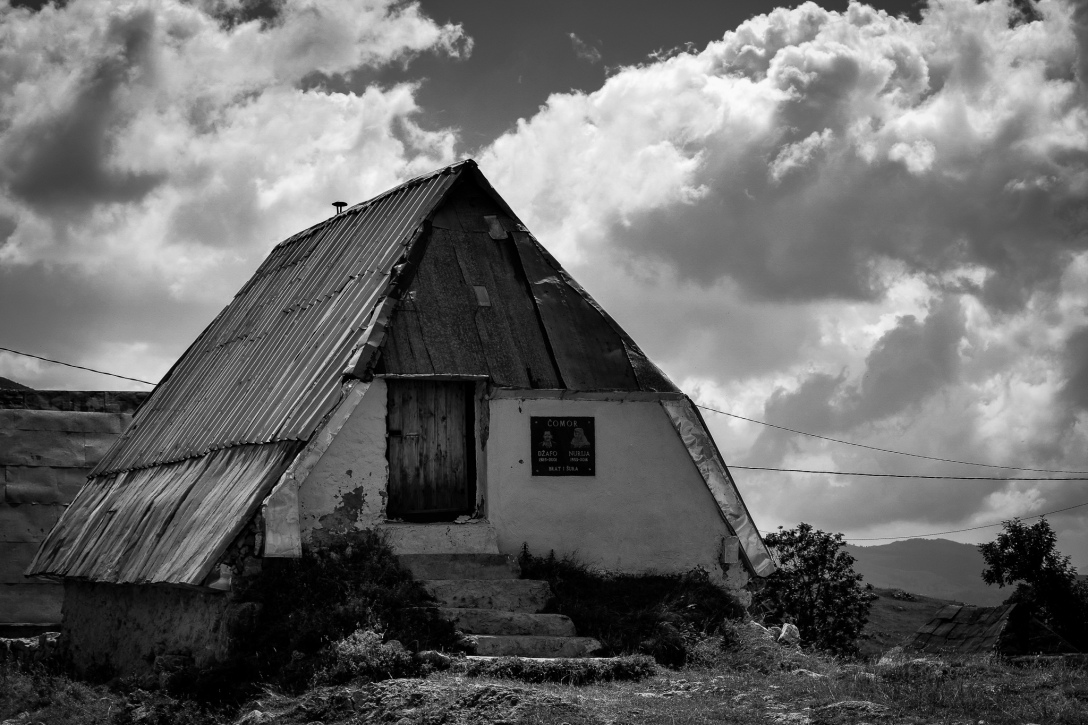 Some photos I like to treat in color and in black-and-white. I think there’s a unique power to each to tell a story and convey a feeling. 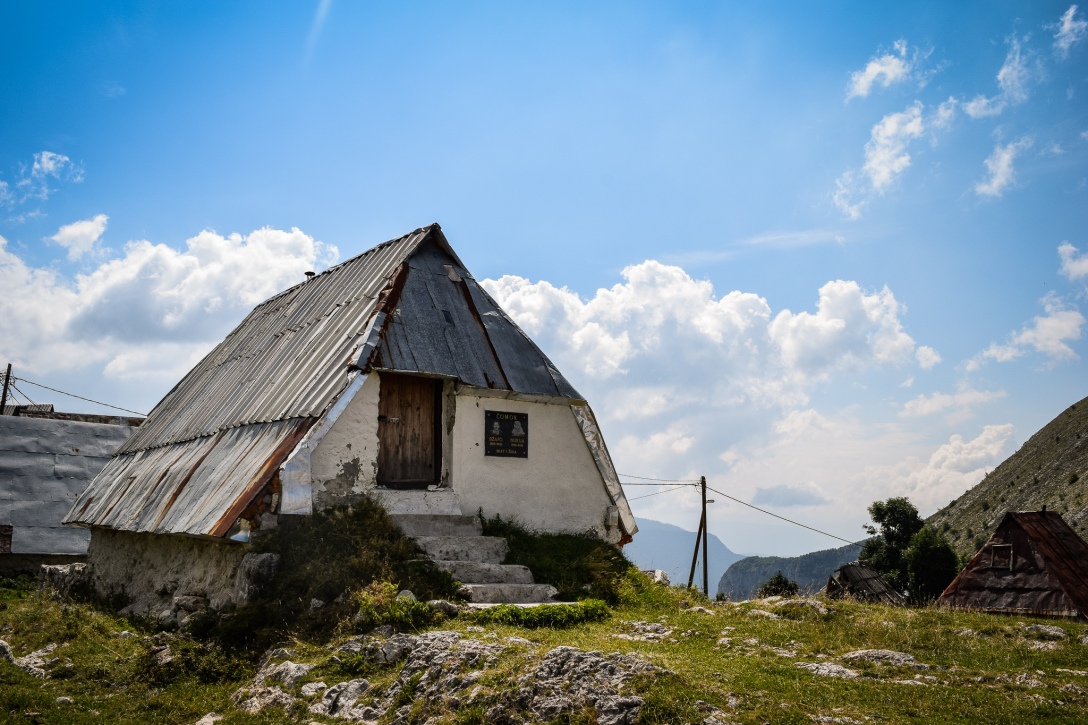 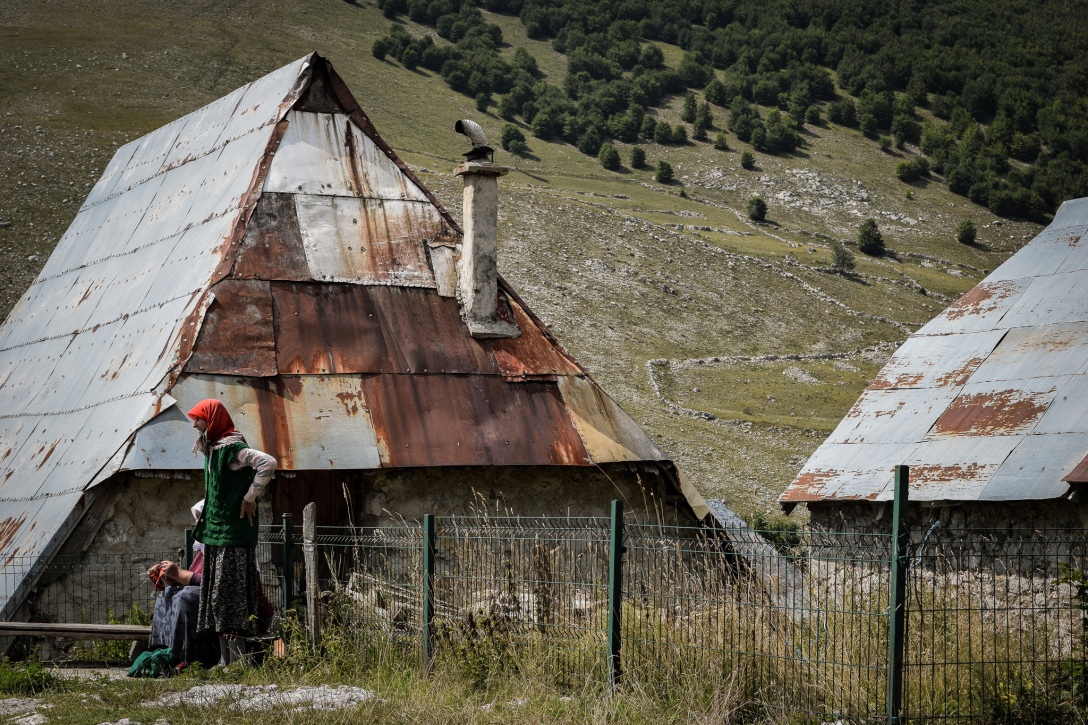 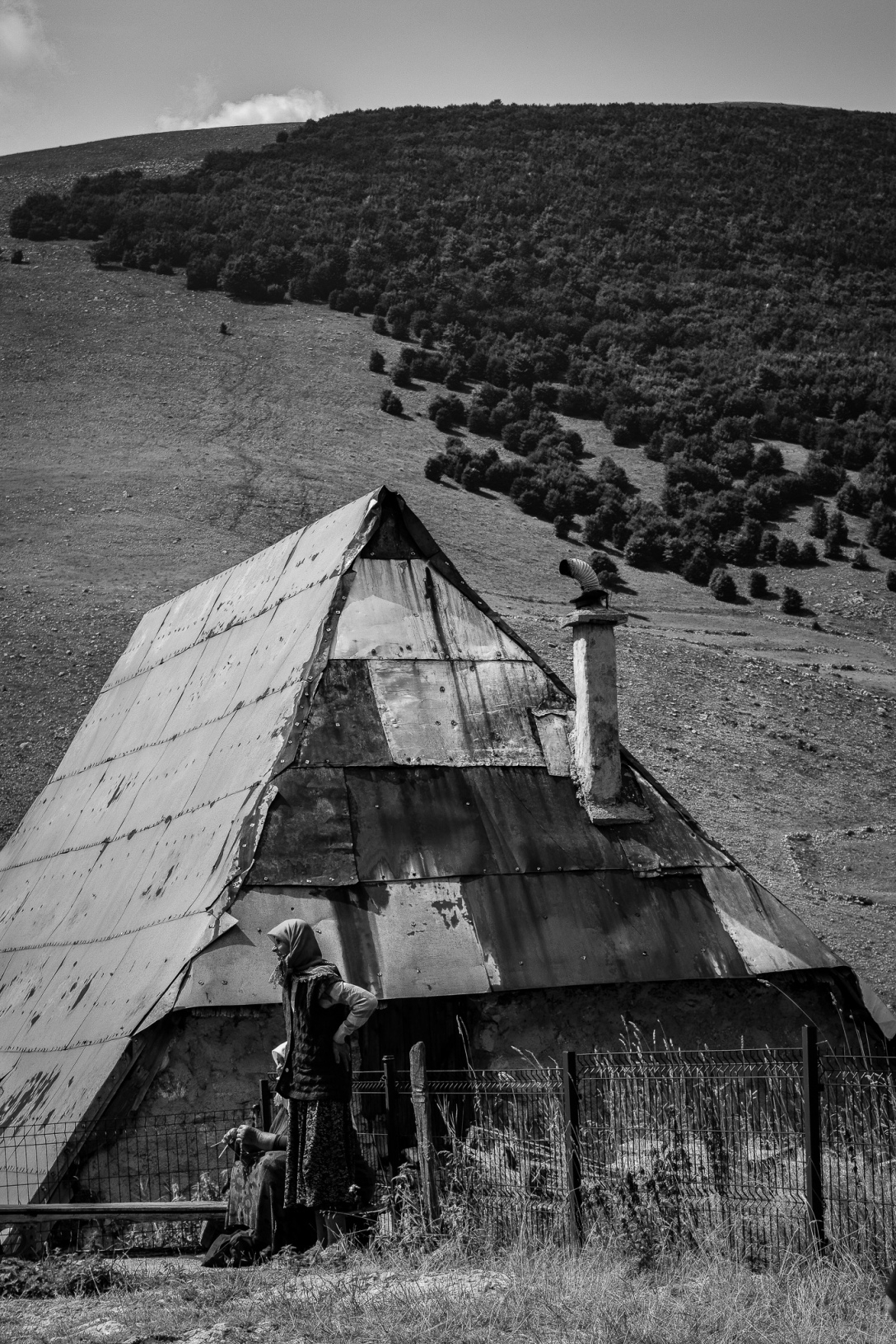 I went back to look at the stecci (without people leaning on them and not knowing what they were), because one of them had markings on it! Do you see the almost full-formed cross below? That’s incredible preservation through time considering these are often centuries old. 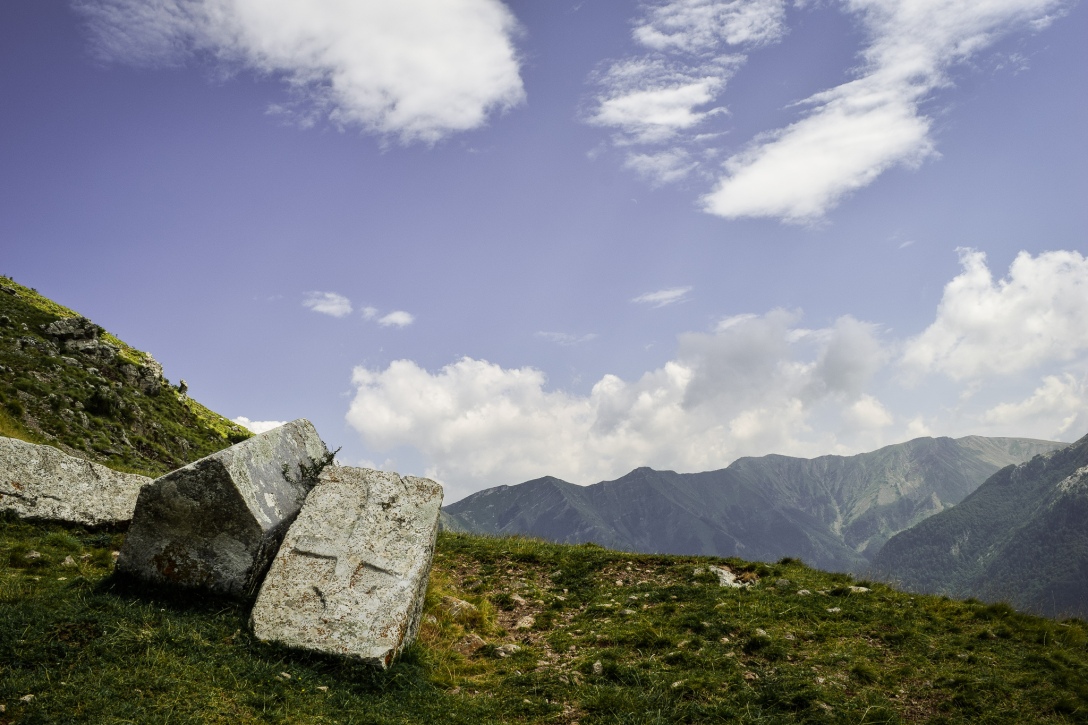 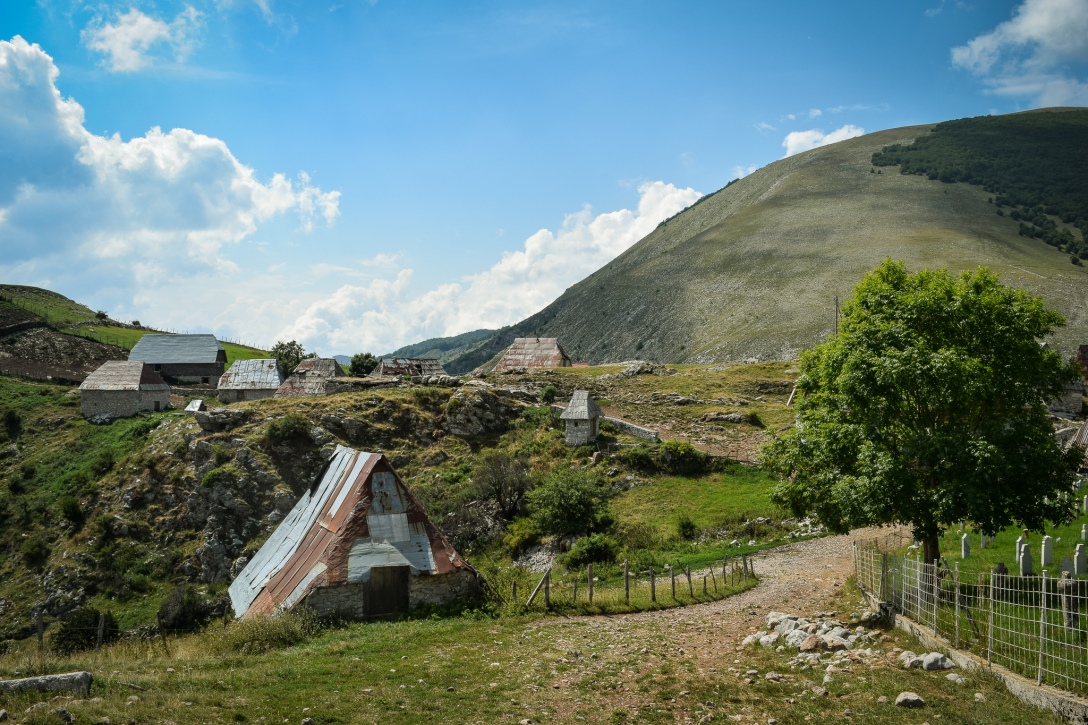 You can see the mosque in the background and also the extensions on the houses. 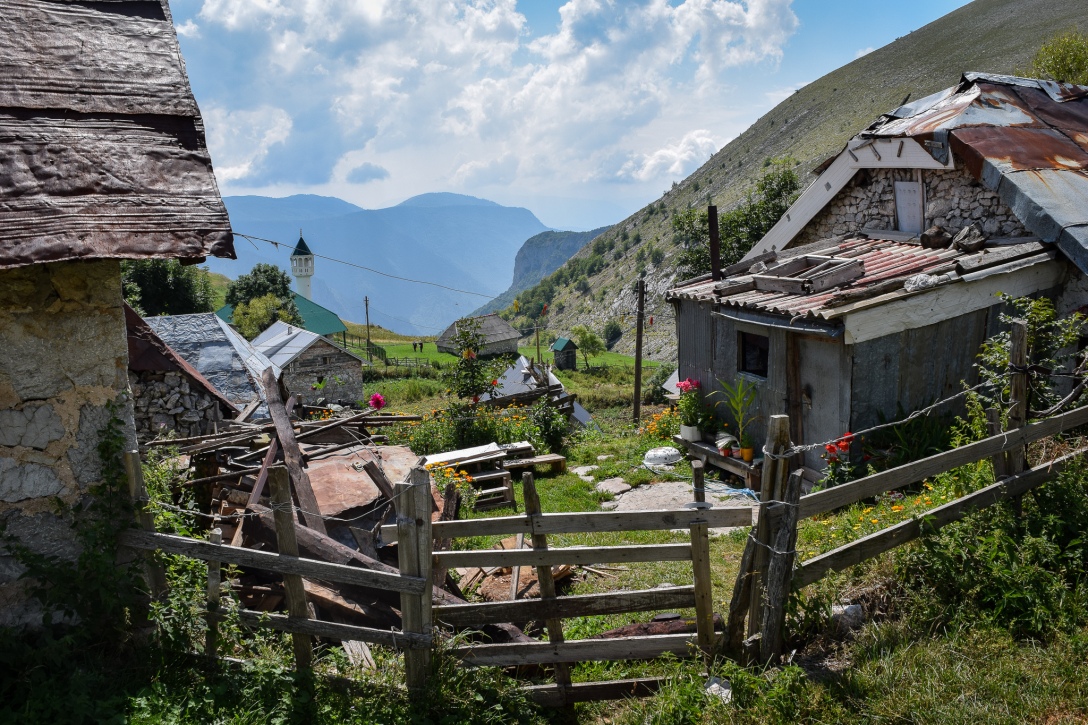 Here you can see the television dish attached to a stone house that is probably older than television. That confluence of modernity and historical memory was also striking to me. 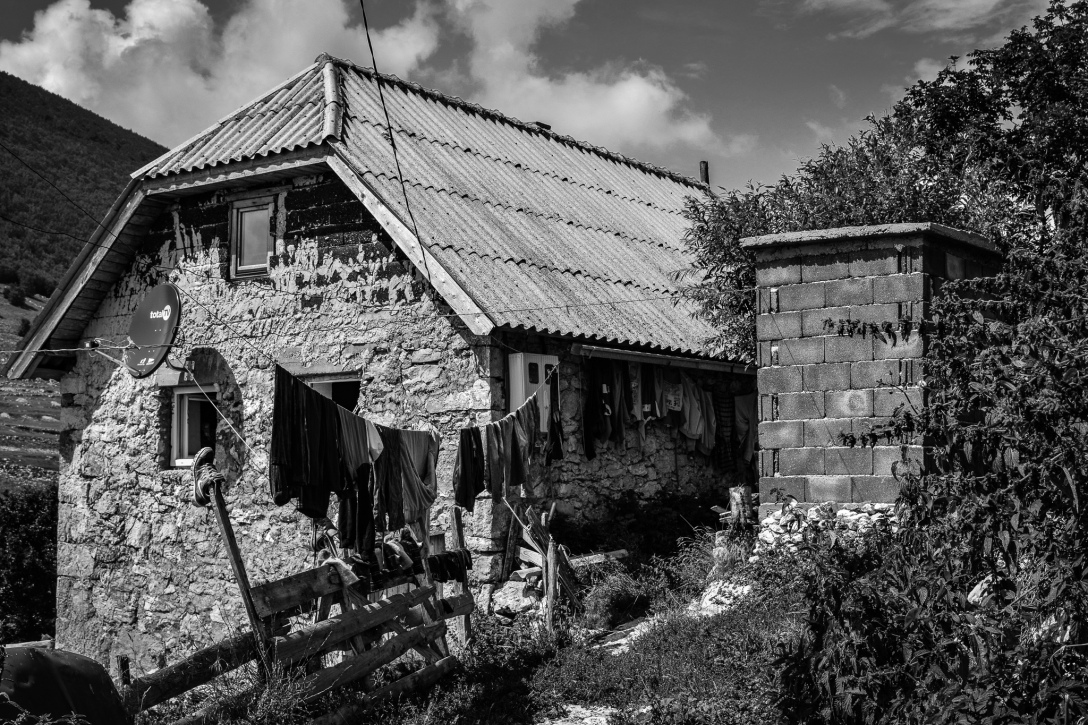 And this woman was walking back from her garden with greens she had just picked. 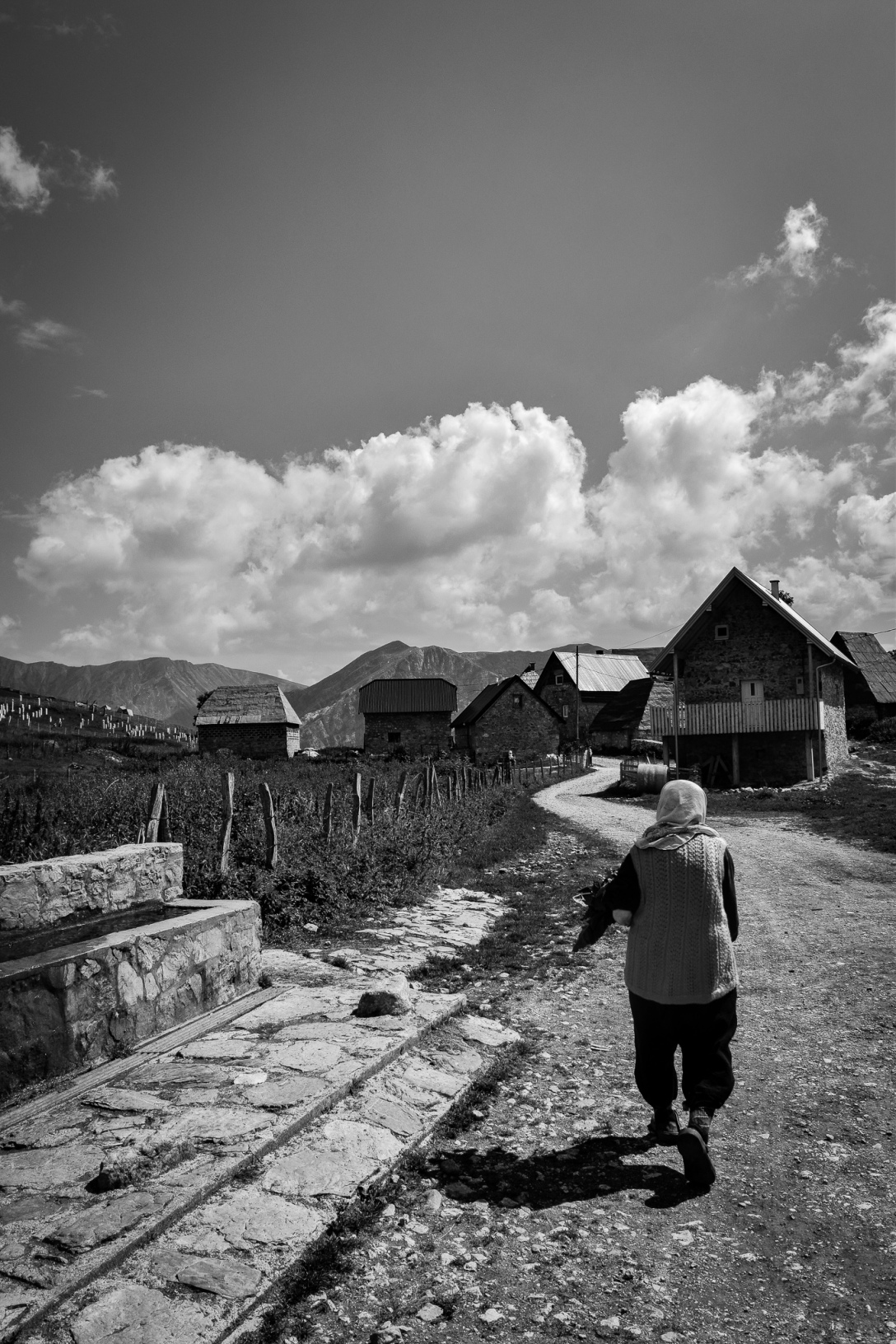 It’s interesting to go to places like this, to see how life was and how life is, and to also see that there is so much more to relate to than to pity. I’m also more glad, every day, that I grew up in a rural community, had parts in raising animals, growing a garden, and working with the land. It brings me back to a very special place, and I feel often as if a part of me relates to places like this. It is humbling, and special, to feel more at home in a remote village in the Bosnian mountains named Lukomir, that smells of sheep poop and mountain air and fresh garden greens and sweet hay, than Paris or New York or Washington DC.