The Decline of North Carolina

“Every Monday since April, thousands of North Carolina residents have gathered at the State Capitol to protest the grotesque damage that a new Republican majority has been doing to a tradition of caring for the least fortunate. Nearly 700 people have been arrested in the “Moral Monday” demonstrations, as they are known. But the bad news keeps on coming from the Legislature, and pretty soon a single day of the week may not be enough to contain the outrage.”

“In January, after the election of Pat McCrory as governor, Republicans took control of both the executive and legislative branches for the first time since Reconstruction. Since then, state government has become a demolition derby, tearing down years of progress in public education, tax policy, racial equality in the courtroom and access to the ballot.”

“The cruelest decision by lawmakers went into effect last week: ending federal unemployment benefits for 70,000 residents. Another 100,000 will lose their checks in a few months. Those still receiving benefits will find that they have been cut by a third, to a maximum of $350 weekly from $535, and the length of time they can receive benefits has been slashed from 26 weeks to as few as 12 weeks.”

The rest of the United States is like this:

“The state has the fifth-highest unemployment rate in the country, and many Republicans insulted workers by blaming their joblessness on generous benefits. In fact, though, North Carolina is the only state that has lost long-term federal benefits, because it did not want to pay back $2.5 billion it owed to Washington for the program. The State Chamber of Commerce argued that cutting weekly benefits would be better than forcing businesses to pay more in taxes to pay off the debt, and lawmakers blindly went along, dropping out of the federal program.”

So now this is us in the eyes of EVERYONE ELSE.

“At the same time, the state is also making it harder for future generations of workers to get jobs, cutting back sharply on spending for public schools. Though North Carolina has been growing rapidly, it is spending less on schools now than it did in 2007, ranking 46th in the nation in per-capita education dollars. Teacher pay is falling, 10,000 prekindergarten slots are scheduled to be removed, and even services to disabled childrenare being chopped. 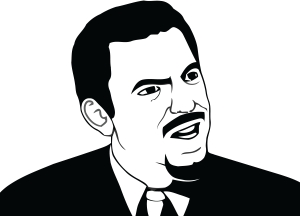 “Republicans repealed the Racial Justice Act, a 2009 law that was the first in the country to give death-row inmates a chance to prove they were victims of discrimination. They have refused to expand Medicaid and want to cut income taxes for the rich while raising sales taxes on everyone else. The Senate passed a bill that would close most of the state’s abortion clinics.”

“And, naturally, the Legislature is rushing to impose voter ID requirements and cut back on early voting and Sunday voting, which have been popular among Democratic voters.One particularly transparent move would end a tax deduction for dependents if students vote at college instead of their hometowns, a blatant effort to reduce Democratic voting strength in college towns like Chapel Hill and Durham.”

To which I, as an NC college student claimed as a dependent by my parents, am like:

“North Carolina was once considered a beacon of farsightedness in the South, an exception in a region of poor education, intolerance and tightfistedness. In a few short months, Republicans have begun to dismantle a reputation that took years to build.”