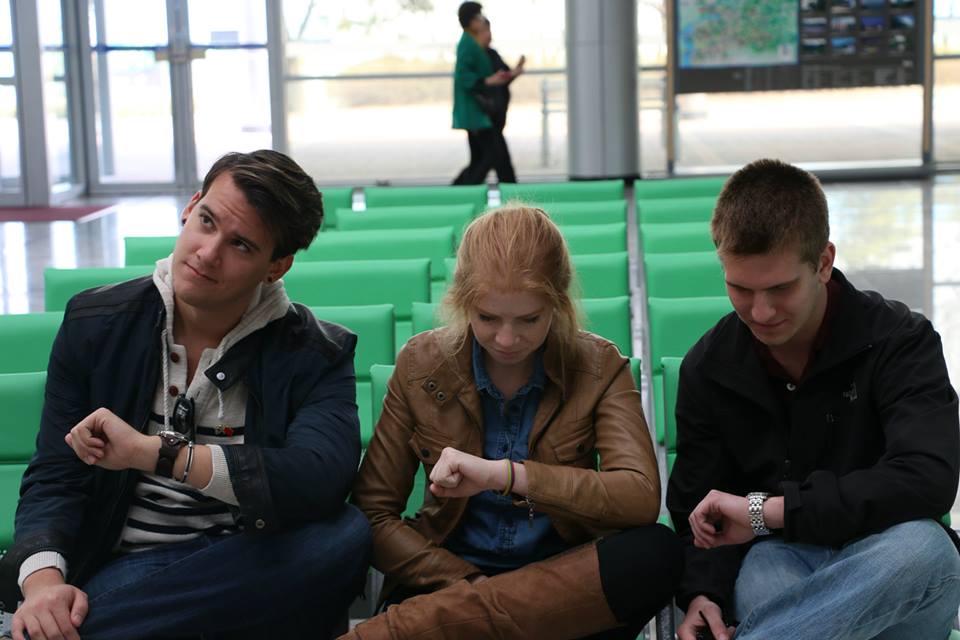 It’s difficult to know where to begin, explaining my future to others when I can barely begin to satisfactorily explain it to myself. I always expected to go straight through to graduate school. I’ve spent the last four years (more, really) preparing for that eventuality.

I first began considering deference this fall when I realized I had no earthly clue as to what I really wanted to do with my life, or where I wanted to go. But I applied anyway, seeing no alternative. I was accepted to the MIPA Program at the University of Wisconsin-Madison’s LaFollette School of Public Affairs, and for a long time I wanted to go there, except that they offered no funding, and I had a constant nagging at the nape of my ambition that, if I held off another year, retook the GRE, and got experience (I was one of three of a class of apx. 50 coming straight from undergraduate at WisMad), I might have a chance at an even  more ideal program. And, selfishly, the ability to slow down the breakneck academic pace I’ve been hurtling at for the past eight years was marginally appealing.

Added to that, I was accepted by the American University of Bosnia and Herzegovina to study at their summer Peace and Conflict Studies program- a summer in Sarajevo, interning with the UN, learning Serbian/Croatian/Bosnian, and earning 15 hours of graduate credit. I didn’t feel wholly comfortable spending money on that and then living in Wisconsin on the remnants I chanced to have.

It didn’t seem entirely stable, with such a Nag living at the corner of Reality and Ambition.

So my next step in life is this, for all who are concerned:

I will spend the summer in Sarajevo, and then the next two years as the Program and Membership Manager of the World Affairs Council of Charlotte (an organization I’ve interned with and worked with for four years, and which I love), saving money before I go to graduate school with a better idea of my life goal, a better chance for financial aid, and a greater stability.

Hopefully that Nag will pack up and move, leaving the corner of Ambition and Reality vacant and free for beautiful Synchronicity to rent awhile.

This was not an easy decision for me to make, and I’ll be frank and honest for a bit here, the former something I rarely am to a larger audience.

I have always, like I said, seen myself going straight through. I think most of my friends, family, and mentors have expected the same. So I expected (entirely unfairly, I know) that there might be disappointment from the audience of Kristina’s Life Stage if I derailed that expected evolution.

But I also realize that those that love me, truly, will never be disappointed in my life evolution, so long as it evolves. It is my life and I am sole proprietor and resident, now that I am that exotic creature Adult, and though that reality is entirely terrifying, it is also sobering. I don’t know what I want to do and so there is no wrong path for me to take. And it is with extreme difficulty that I have chosen this one.

As for my fear- my crippling fear, to be honest (but not, of course, to be Honest)- that everything will change, and people will leave, and two years seems so open for unexpected developments, a gaping maw of future waiting to swallow? (will I swallow the future, or shall it swallow me?)

That’s just it. Life goes on and things change and people leave and nothing ends like you expect it to, but it doesn’t stop for your fear, it just keeps tromping on, as placidly as ever life could tromp.

And, I’m reconciling myself every day, it’s best just to tromp right along with it.

One thought on “My Decision”