Hello all, and sorry for the delay! In case you hadn’t heard, I had a slight laptop snafu and had to purchase a new one here. I arrived in Sarajevo a little over a day ago, but I’m going to start at the beginning.

It turns out that to fly to Paris and then to Sarajevo is cheaper than flying direct to Sarajevo – by like, a thousand dollars. So I took advantage of the moment and spent about 36 hours in Paris. I’ve been there once before – for less than 24 hours with a Model UN group – and I loved it then, but knew I wanted to explore. I’ve always wanted take a two-week vacation to Paris, just to see the art and really sit down at a cafe on the Seine and write and read, but I knew I couldn’t do all of that in one go this time, so instead of opting for a busy time of trying to “see” as many things as possible without taking them in, I decided instead to spend my time intentionally absorbing the city itself. This meant meeting as many locals as possible, and spending as much time with them as I could!

I really believe in traveling intentionally- benefiting and supporting the local populations, going off the beaten path, walking as much as possible, and generally learning the culture as well as taking in the sights. So I booked an AirBnB with a young Parisian named Mickael. He was a young Indian-Madagascaran man with a beautiful yoga-inspired apartment. where I stayed in the loft and he slept on the couch. He made me coffee every morning and indulged in fantastic conversation. He used to work in fashion – Burberry and Yves Saint Laurent – but now is working to research and learn about sustainable fashion and socially-conscious, environmentally-friendly methods of production. It was fascinating, and really let me see the life of a Parisian, not the life the cartoons tell you about. 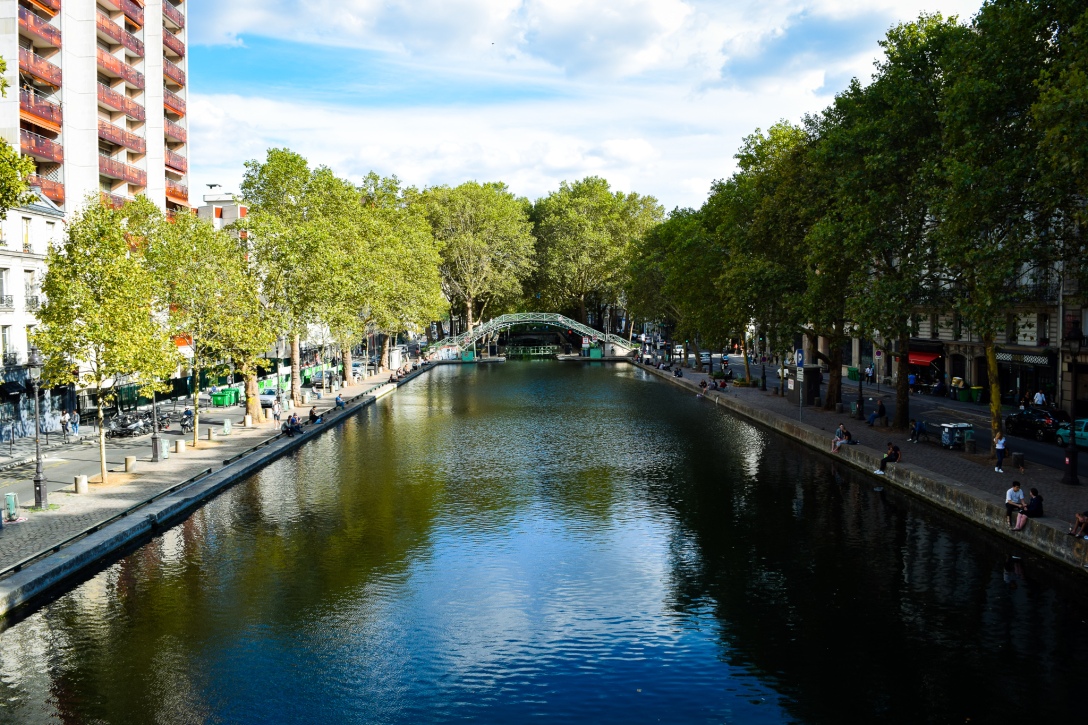 His apartment was about a 30 minute walk the Notre Dame, which is right on the Seine. One thing I love about most large cities is that they are usually built on a river, and the way locals use the waterways as spaces to spend time is lovely to me. This one was a smaller river that cut between where my apartment was and where the main portions of Paris are (along the Seine). If you really want to take a trip to Paris and be in the very center of things, I’d recommend the 7th Arrondissement. I was in an Arr. farther out, but I didn’t mind the walk.

Though Paris is famed for its food, I didn’t want to eat alone and spend an extravagant amount of money doing so. Instead, I booked my first AirBnB Experience (only available in select cities), which was advertised as a “Dinner in Paris with Artists.” I love art, I love artists, and I love food, so I decided to go. I made the incorrect assumption that I would be with a group of people, and I walked 5 miles from my apartment to the place I was supposed to be at. Most of Europe is on vacation right now, so Paris was unusually empty – which allowed me to traipse to my heart’s desire without awkwardly bumping into people (which I do incredibly frequently).

I arrived at the location, expecting a group of people. To my surprise (perhaps I didn’t read the directions carefully), I was the only one. I walked into a courtyard where a young woman was watering an ingenious system of hanging gardens (I’ll try to post the very bad picture I drew of them – I forgot to take a picture!) I got nervous, my anxiety kicking in at an unexpected situation where I would be alone, but it was so, so wonderful. Juliet, the young woman watering the plants (hanging, singing, heavy plants heaving with sweet tomatoes and swollen late-summer squashes and a variety of herbs), is a dancer in Toulouse and my age, and Manuela was the owner of the artist’s collective where she and Juliet live (Juliet is visiting for a month) and where we were having dinner.

Manuela served us wine, beer, and juice, and we had a conversation for an hour or two in their courtyard before heading into the table for dinner. Our dinner, cooked by Manuela’s neighbor, was cooked entirely from vegetables from the hanging gardens. The artist’s collective, an open warehouse with piles of sculptures, a floor covered in worn, colorfully woven carpets, a stage for musicians and a small loft for Manuela’s painting, was open to all. The collective is called Matreselva and hosts talks, conferences, dinners, and artists. Manuela sculpts and paints but also believes in art as a tool to build bridges. While we snacked on tomatoes and chips and drank wine outside, people would meander in from the street, asking what it was about, and Manuela would show them around and welcome them back.

While we were eating dinner, two men came in on rollerblades, sitting at the table and pulling out two beers they had brought in a bookbag, joining us at the table and in our conversation. Manuela said that they rollerbladed down to Matreselva once a week across Paris, starting from the suburbs. They always stopped here, drank their beers, and then rollerbladed back home. It was such a warm environment that all of my anxieties and worry faded away, and I was so grateful that they shared their table and home with me.

While we ate, we talked about everything. Juliet was trained in the Vaganova method and now dances all methods in Toulouse. She also teaches ballet classes for kids with disabilities, and her passion was evident. Dance is so solitary, she said, so narcissistic, that she had to give back, to give of herself, somehow. And this is how she chose to do that. Manuela emphasized the same ideas with Matreselva. Her goal is to create a space in which dialogue and understanding can occur through art. I shared my experiences, my love of art, the importance of creating spaces where change can be approached… but I saved the rest of those musings for my personal journal. We talked until nearly midnight, when I bid adieu and went back to the apartment. 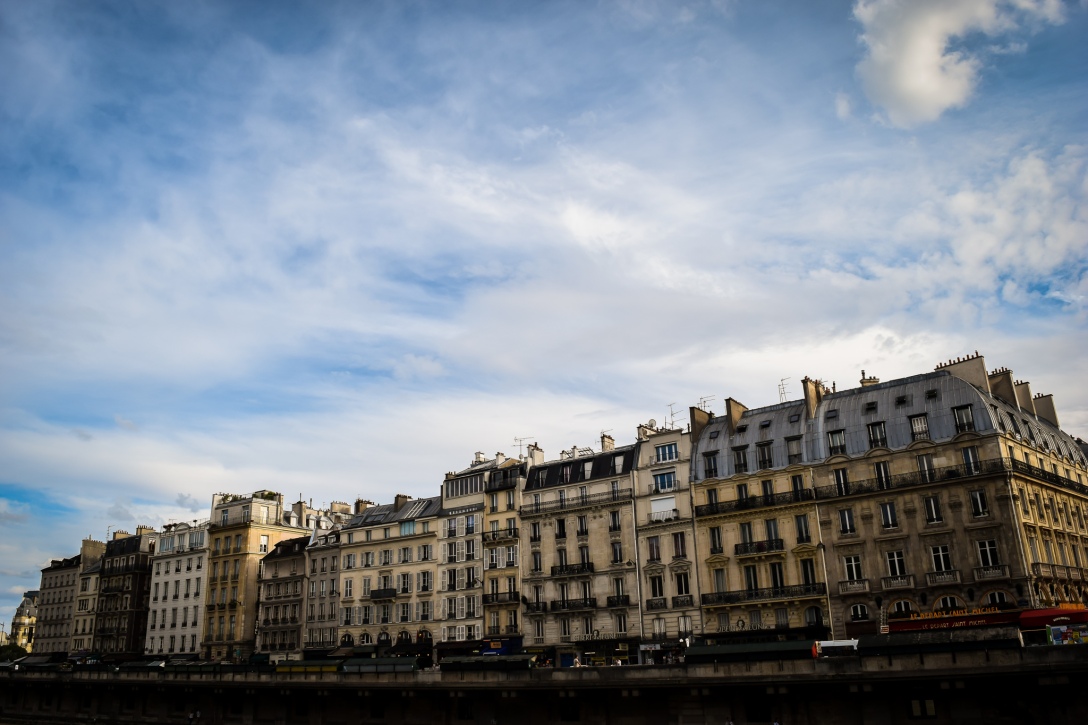 They said I was brave for coming alone, that they had been surprised when I had asked. But I do not feel brave – only grateful. I grew up in a place where to share food and to share a home is to share the best parts of yourself, the truest parts of your life. Manuela, at nearly 60, and Juliet, at 25, have a beautiful friendship that defies all conventionality. It was inspiring, reminding me of the power of friendship and how it can and should cross all barriers. There is no way to learn a culture, to empathize with a culture, if you do not share a table, a meal, and a conversation with those people. I will be grateful forever for that gift, of their home and their food and their time, so much more valuable than any Michelin-star experience alone.

I also think that experiences like these help me to get closer to answering my question of the relationship between security and peace. A lot of Lederachian peacebuilding is individual, like Manuela’s collective, Juliet’s dance classes, Mickael’s AirBnB, or the Croatian winemaker’s storytelling. The impact can be outsize, but the execution is individual. Security, perhaps, is the responsibility of the state, I think, to provide stability equitably enough that its people can independently pursue acts of moral imagination and serendipity. To use Maas’s favorite word, a face and life limned in hope has a greater peace potential than one limned in fear. 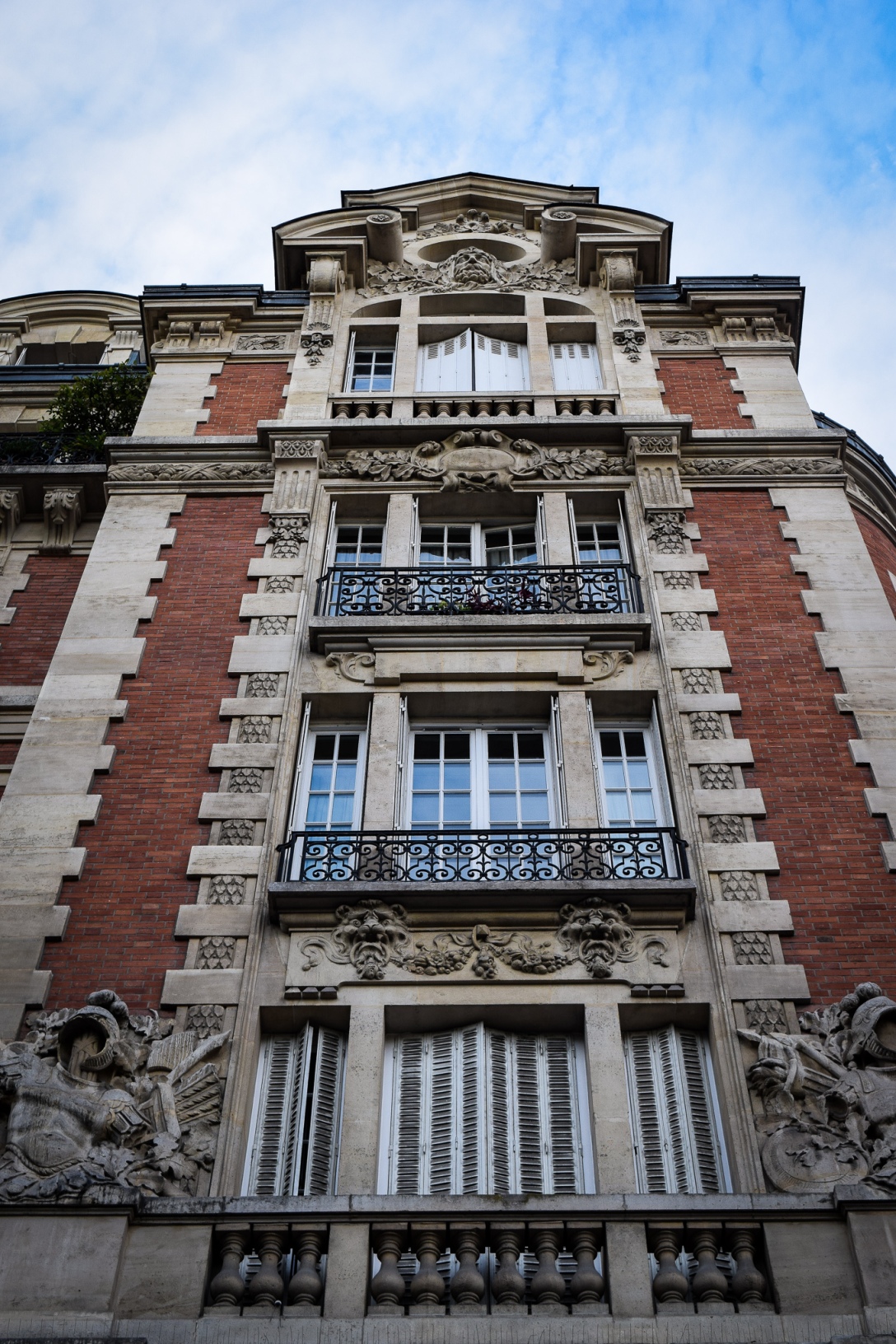 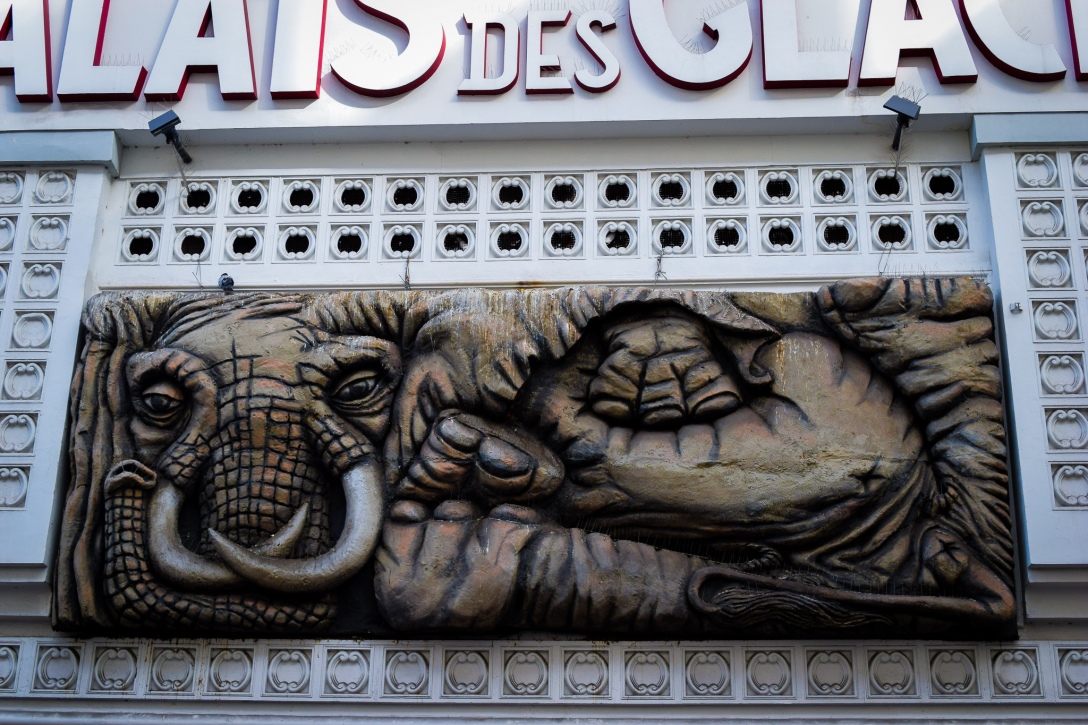 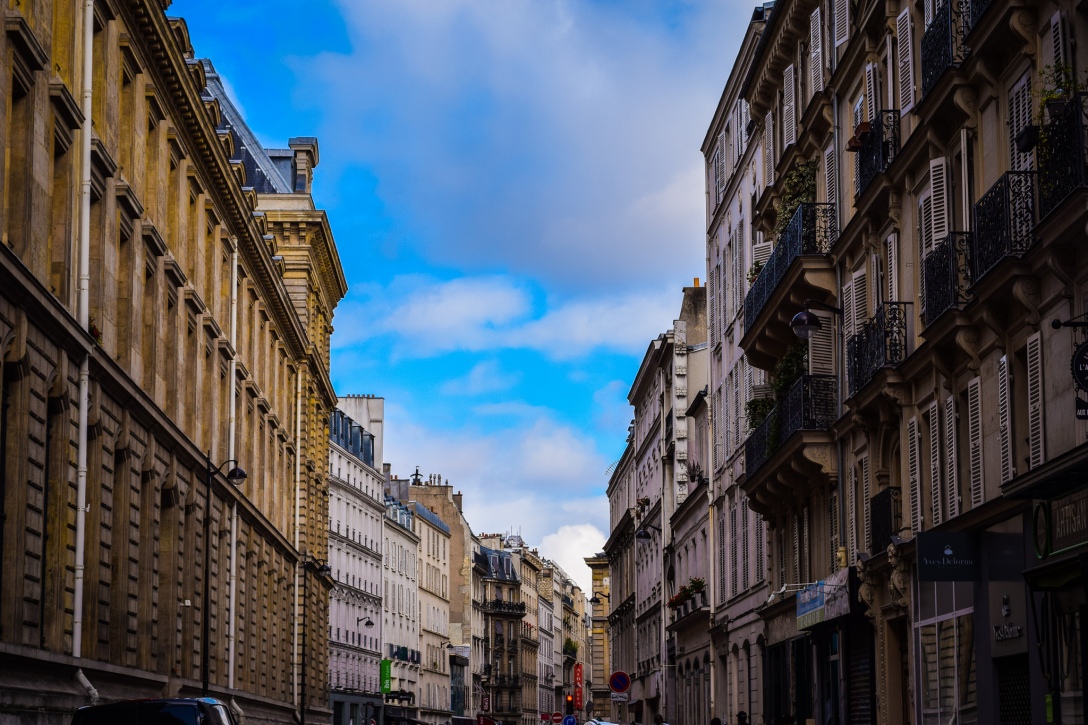 The next morning I woke up early, had coffee made by Mickael, and traipsed off to see the Notre Dame. On the way to the Notre Dame was Le Republique, a square with beautiful statues in the middle depicting Liberte, Egalite, and Fraternite as the components of The Republic. The words translate to “Liberty, Equality, and Brotherhood”, and have been instrumental in forming the very deepest parts of French culture and policy. One of the most difficult assignments in undergraduate I had was to study the policy psychology behind France’s ban on head scarves and then defend the ban (though I was against it). The deep dive into the theoretical essence of France’s being was a challenge, and one that taught me a lot about the necessity of understanding a culture with depth before approaching policy judgments.

Another site on the walk to the Notre Dame is the Centre Pompidou, a modern art museum that caused uproar during its construction because its design was so brutalist in an area with such classical baroque (ie, the Notre Dame). If you find yourself in Paris, you can stop here for some modern art! (And take me with you, I didn’t have time to go in). 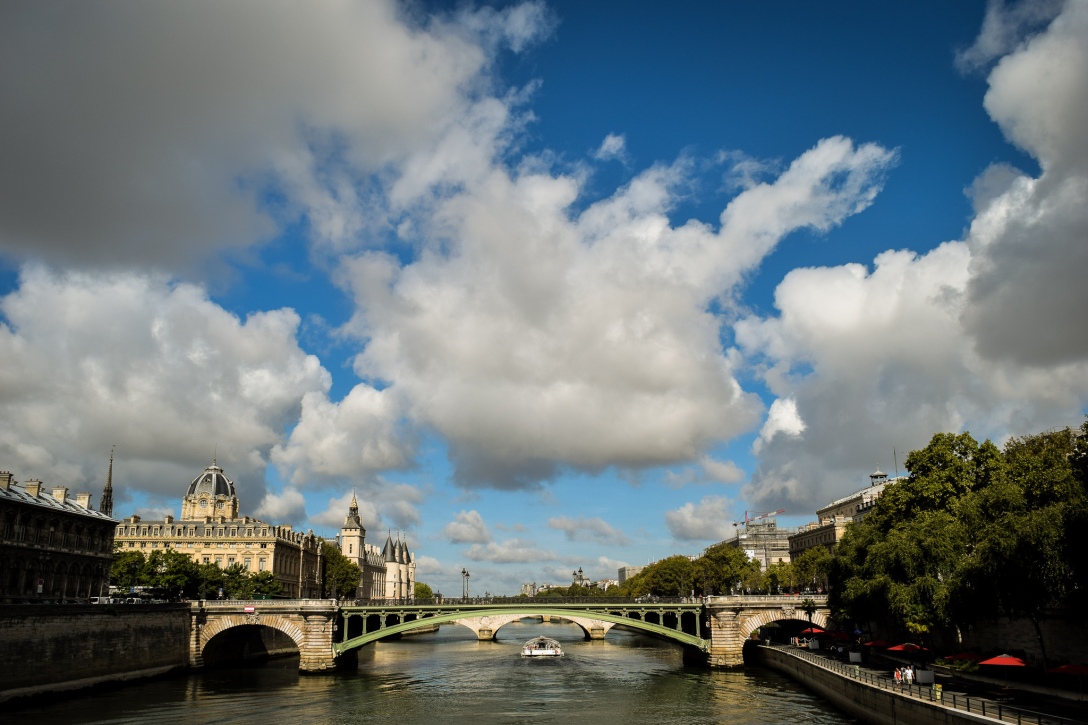 And here’s the Notre Dame! The original Hunchback of Notre Dame by Victor Hugo (1831 publication) is very good, and I think the musical/Disney soundtrack is one of the most underappreciated Disney films (hello, Esmerelda and God Bless the Outcasts!). In fact, Disney is doing a live-action film with Andy Circus as Quasimodo and Gal Gadot as Esmerelda! I love Gal Gadot and think she will do wonderfully, but am also torn that they didn’t get an actual Roma woman to play the part in true representation of a terribly oppressed group of people.

Tomorrow I’ll tell you about the Musee d’Orsay, a very important book store, and the Eiffel Tower.

Until then, au revoir! See you on the other side of the Seine.