Last Monday, Drea and I stumbled into this cafe beside our work and the EU. Though it looks expensive it actually was quite cheap and we finally found vegetables in this vegan pasta. 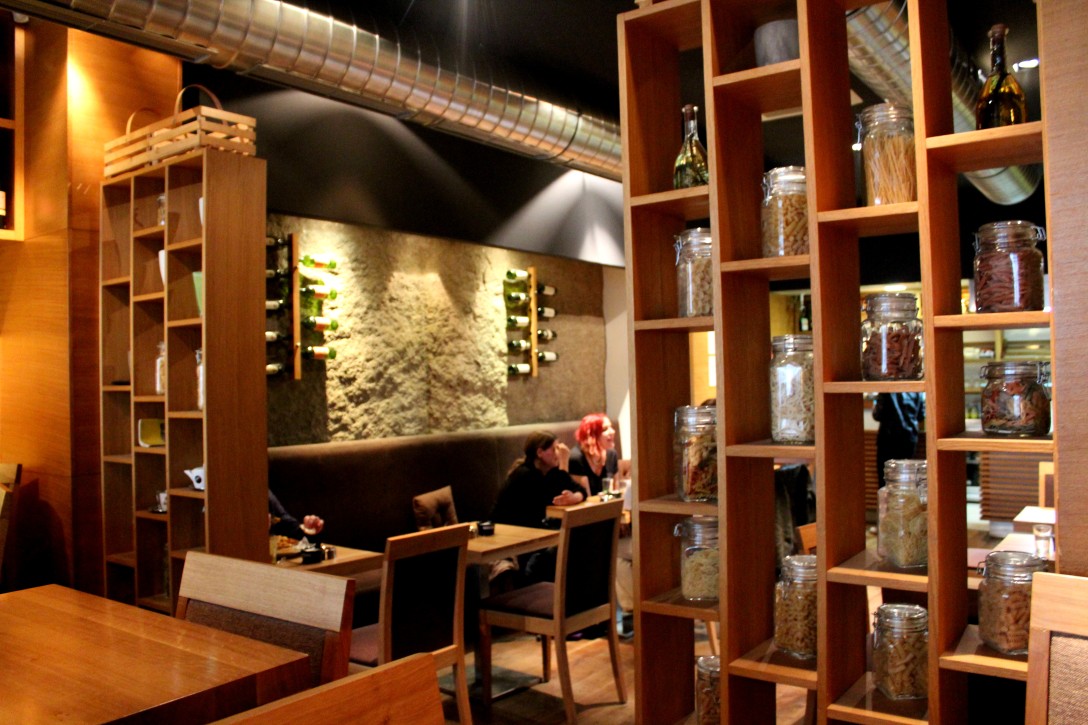 I know last time I promised to show you a full post about my new favorite place, but since then I’ve misplaced my external harddrive and, while I know where it was last and the people there picked it up, I’ve been having difficulties recovering it from there (I know that sounds perplexing, and it is). Until I recover it (if I ever do), I can’t show you the initial pictures.

I keep trying to console myself by saying that the people around me lost everything, and much more than their harddrives, and they’ve clearly moved on, but it’s only mildly working.

Anyway, the place I love is a tea shop that sells gourmet teas in the cutest pots I’ve ever seen, and it’s owned by an eccentric old couple that collectively speaks at least five languages, but English is not one of them. Arnela and I went back on Tuesday afternoon, so I do have these pictures to show you. It’s in a tiny little shop that’s so small five people standing abreast probably wouldn’t fit, and the downstairs is always full so Arnela and I had to occupy the upstairs, which requires a climb of the narrowest, most treacherous stairs I have ever seen. The upstairs room reminds me exactly of Sara Crewe’s humble abode as she luxuriously imagined herself out of misery in The Little Princess.

I got this tea, which is divine:

Arnela got another favorite (what I had the first time we went), a traditional tea here called salep, made of Turkish orchid root and mixed with milk and sweetened according to taste. Sometimes other flavorings such as rose or orange are added, too- the end result is a thick, sweet, incredibly creamy and foamy mixture that is warm and reminds one of Christmas gingerbread.

You can clearly tell how happy this tea makes me:

But the pot itself contains about three bowls of tea, so you can sit and drink and chat for hours.

In fact, the city itself is full of good food options, and as I  get settled into routine here (I say that like I’ve only been here two weeks, when it’s really been closer to a month), the only variations in my days are the food I eat.

Drea and I found a falafel place on Thursday. This falafel place is one of three establishments that form a single entity- one sells pitas and falafel, one burgers and fries, and the other is the wok place I shared with you earlier. 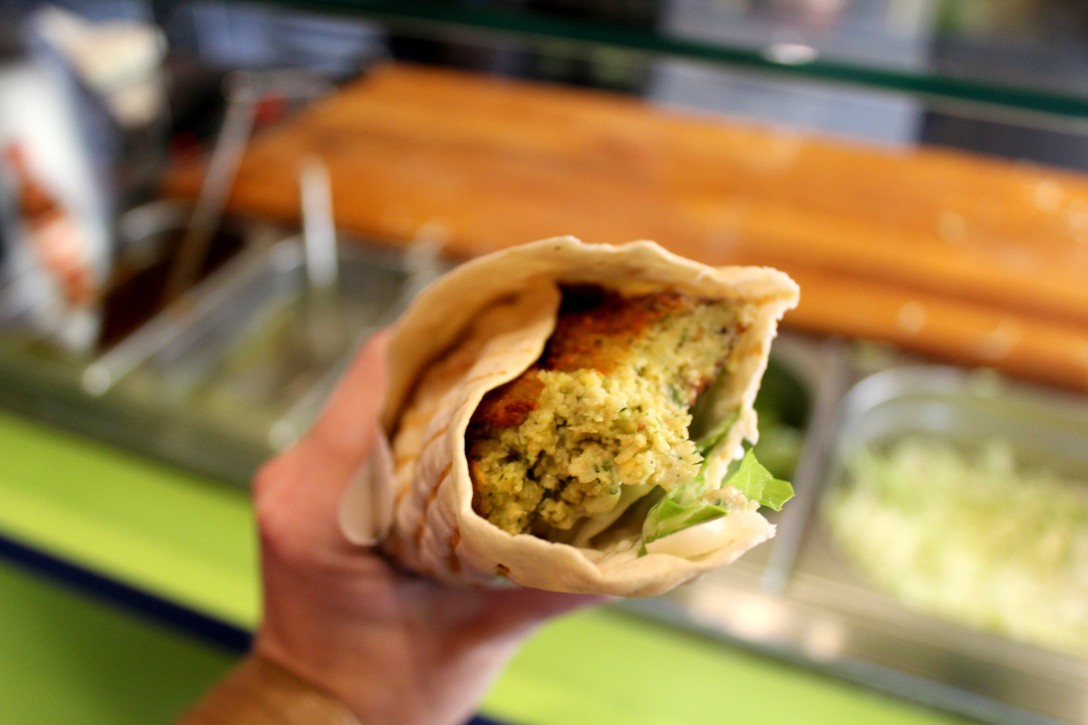 That night, in desperate need of a kitchen, Maggie had rented out a space at a hostel so she could use theirs. After class (and banana gelato from Egypat, which doesn’t begin to match the banana gelato from Forino Gelato), Drea and Frank and I headed to have dinner at the hostel.

(Sarajevo was wearing her very best that day)

We walked up this gated alleyway… 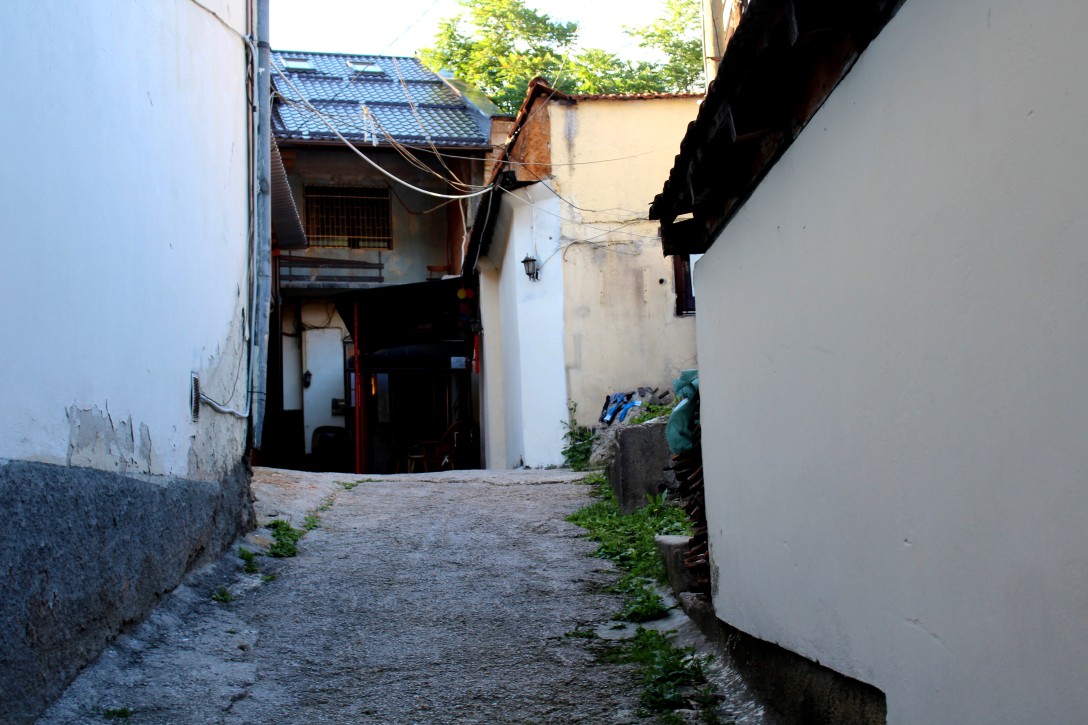 …past this Sock Rock… 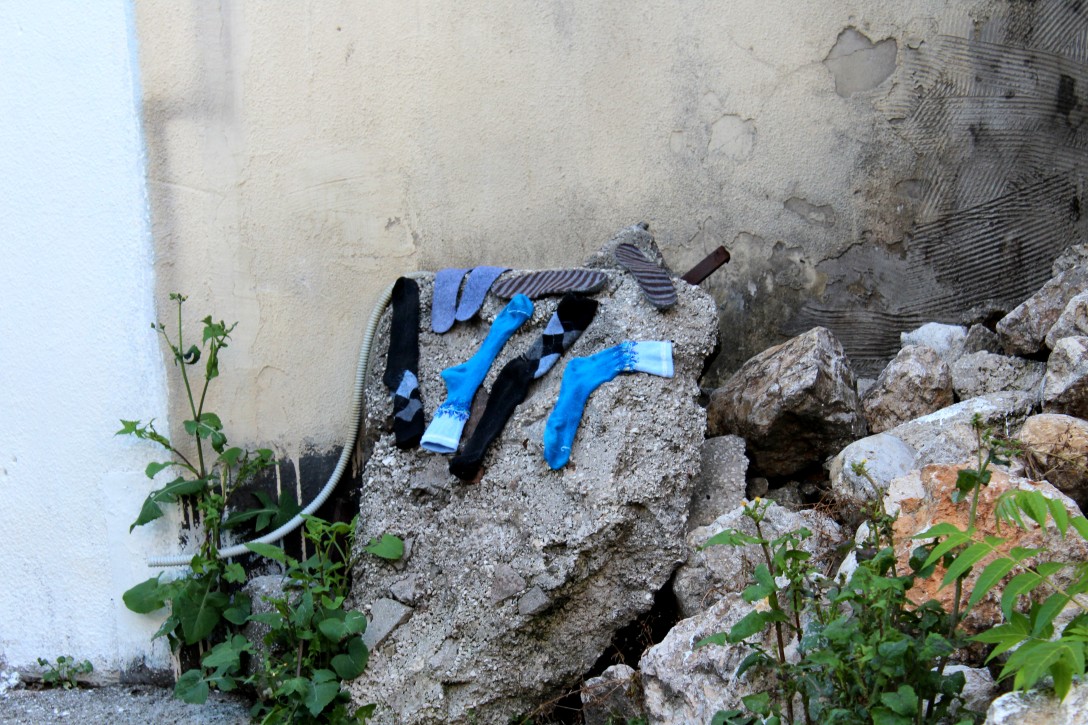 …and into a hole-in-the-wall hostel with the most magnificent graffiti.

Where Maggie had vegetables and carbonara waiting for us 🙂 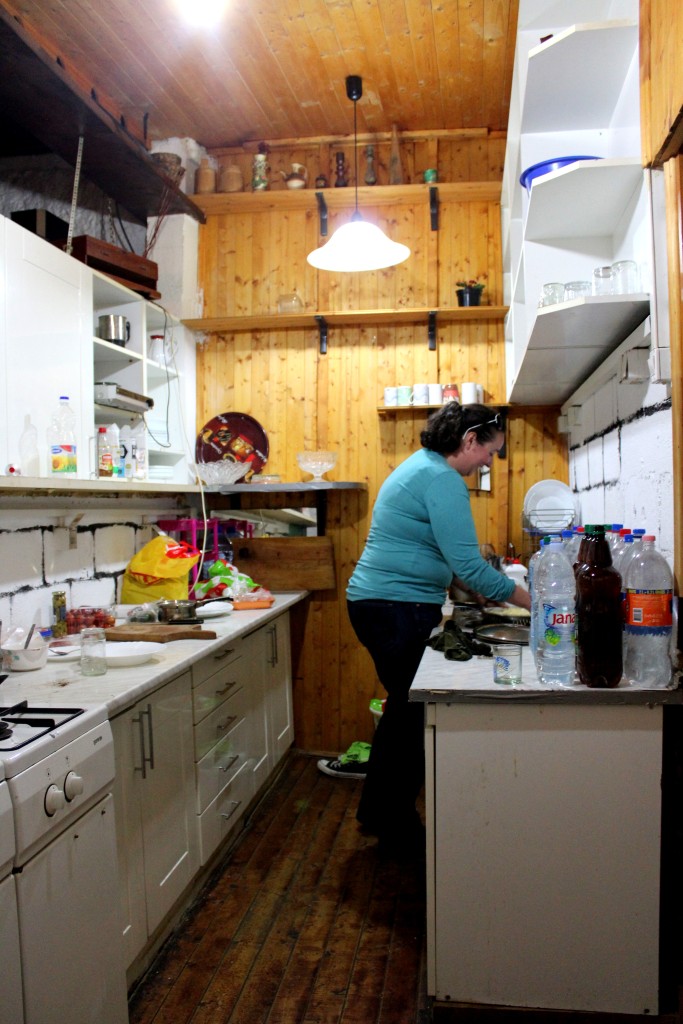 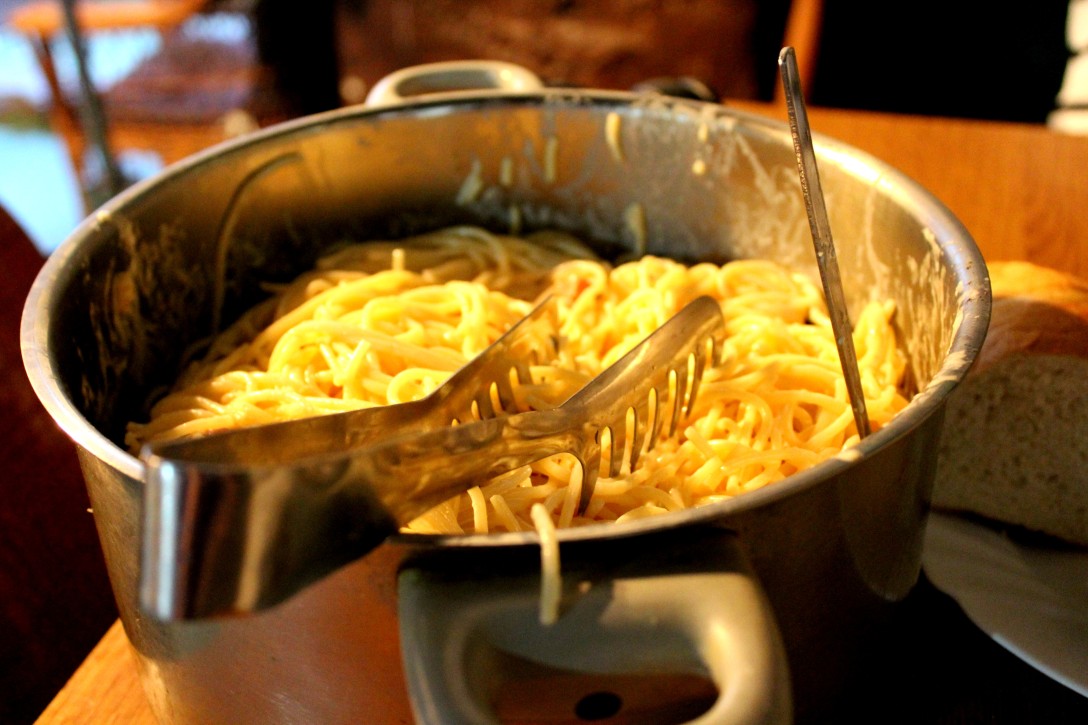 The next day was Arnela’s birthday and then we headed out to Mostar for the weekend, so you’ll get to see those shortly!

In the meantime, here’s to hoping that I recover my harddrive. 🙂