Two weeks ago I headed to the airport on a Friday morning and jetted off to see Justin in Venice. We’d planned this trip before we left, determined to see each other at least once while we were both in Europe, and since Venice is supposed to be sinking, it seemed like the perfect destination.

My plane was late by an hour and I literally had to run through Vienna when I got there, and then be escorted to the tarmac, but I made it and got a workout in the deal, so I can’t really complain. I must say, though, I don’t love commercial exposed-propeller planes all that much.

I hopped a bus in Venice, landed here: 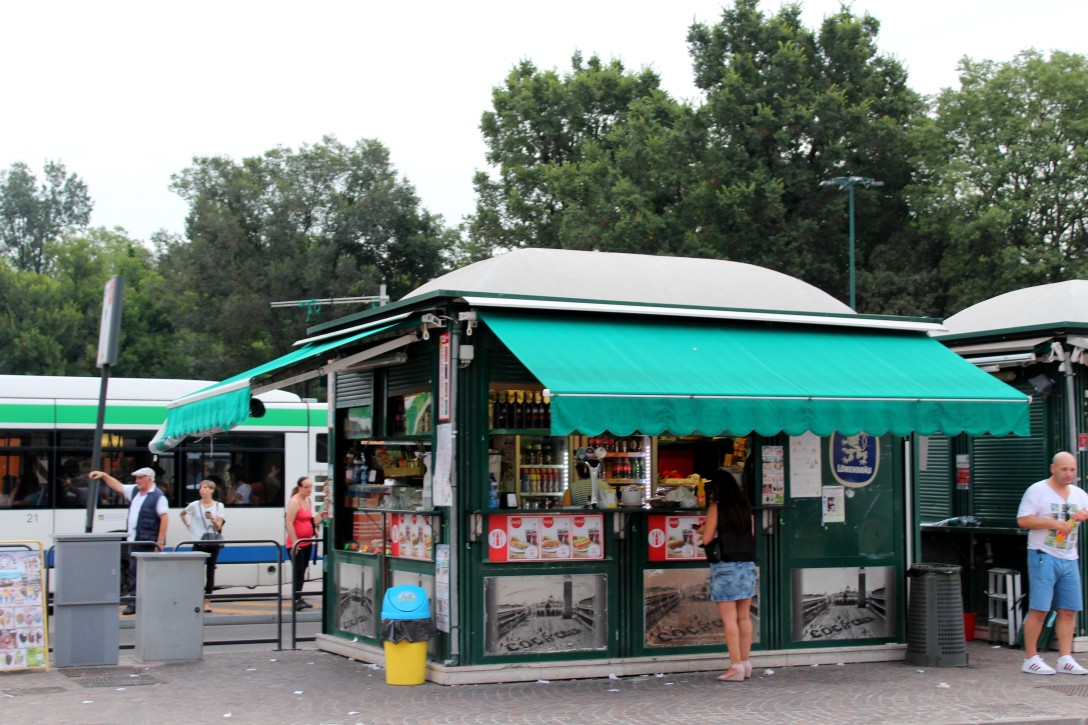 Until this one, who’d arrived a few hours before, came to take me to our abode. 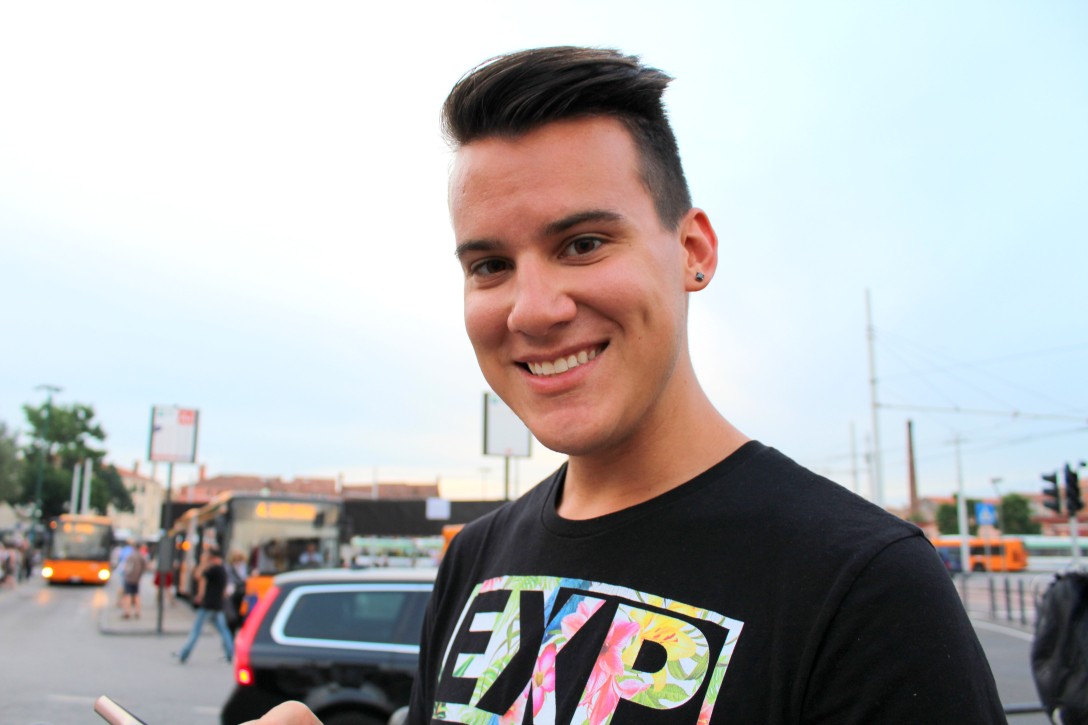 In Venice, everything is a labyrinthe and no one knows where anything is (rightfully so- I don’t know how people got around before GPS), so we meandered with my things around Venice’s alleyways for a good half-hour or more before finding our inconspicuous green door that led up three flights of the narrowest stairs to our apartment.

Though AirBnB said we’d have an apartment directly on the Rialto, in reality it was a five-minute walk from the Grand Canal, without any canal access at all. (Not that I’m complaining, it’s still Venice, but just be aware about false advertising on AirBnB). 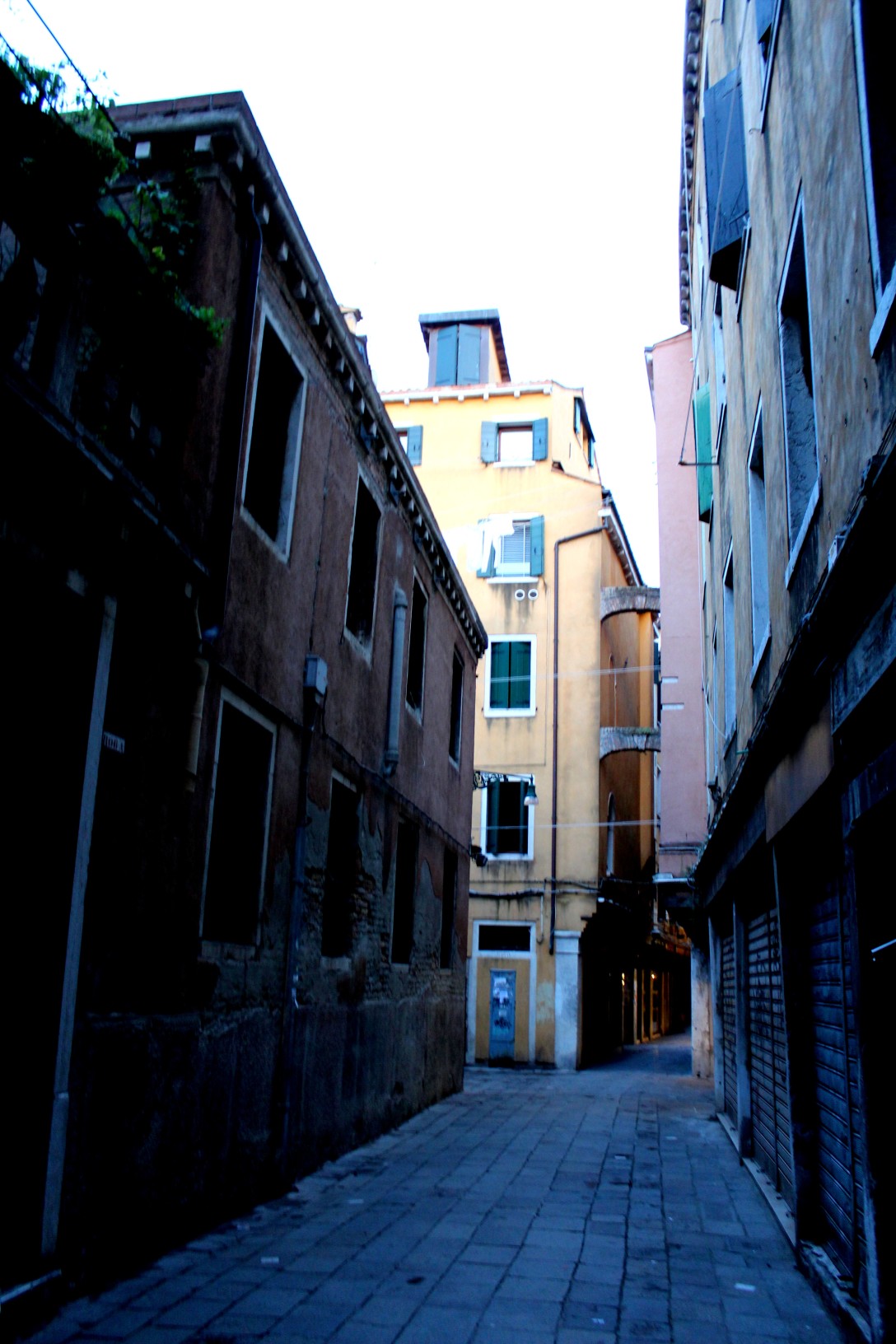 As you can see above, in Venice the alleyways get darker much faster than the skies. Indeed, it’s really easy to feel claustrophobic here unless you’re on the Grand Canal or near the ocean at the Piazza San Marco. 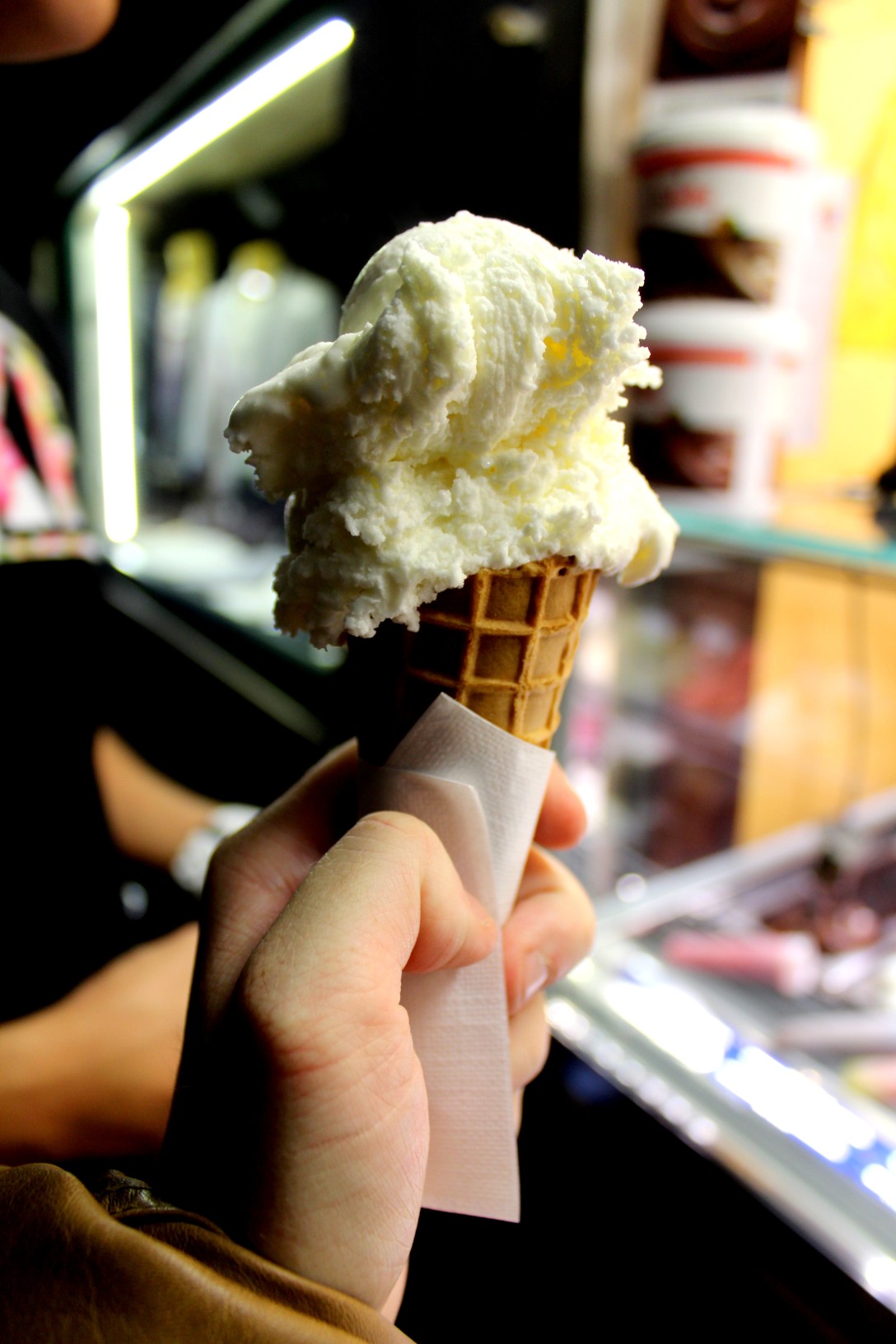 Gelato was obviously in order, and my coconut had pieces of coconut actually in it and that was a beautiful thing.

The view from our room made me feel like Sara once again, and for a moment I wanted to skip the rooftops before I realized that we were both quite hungry.

And so we headed off to find food, while the water became that inky navy that water becomes when the sun goes to sleep.

Reinacting Les Mis whenever the chance produced itself. 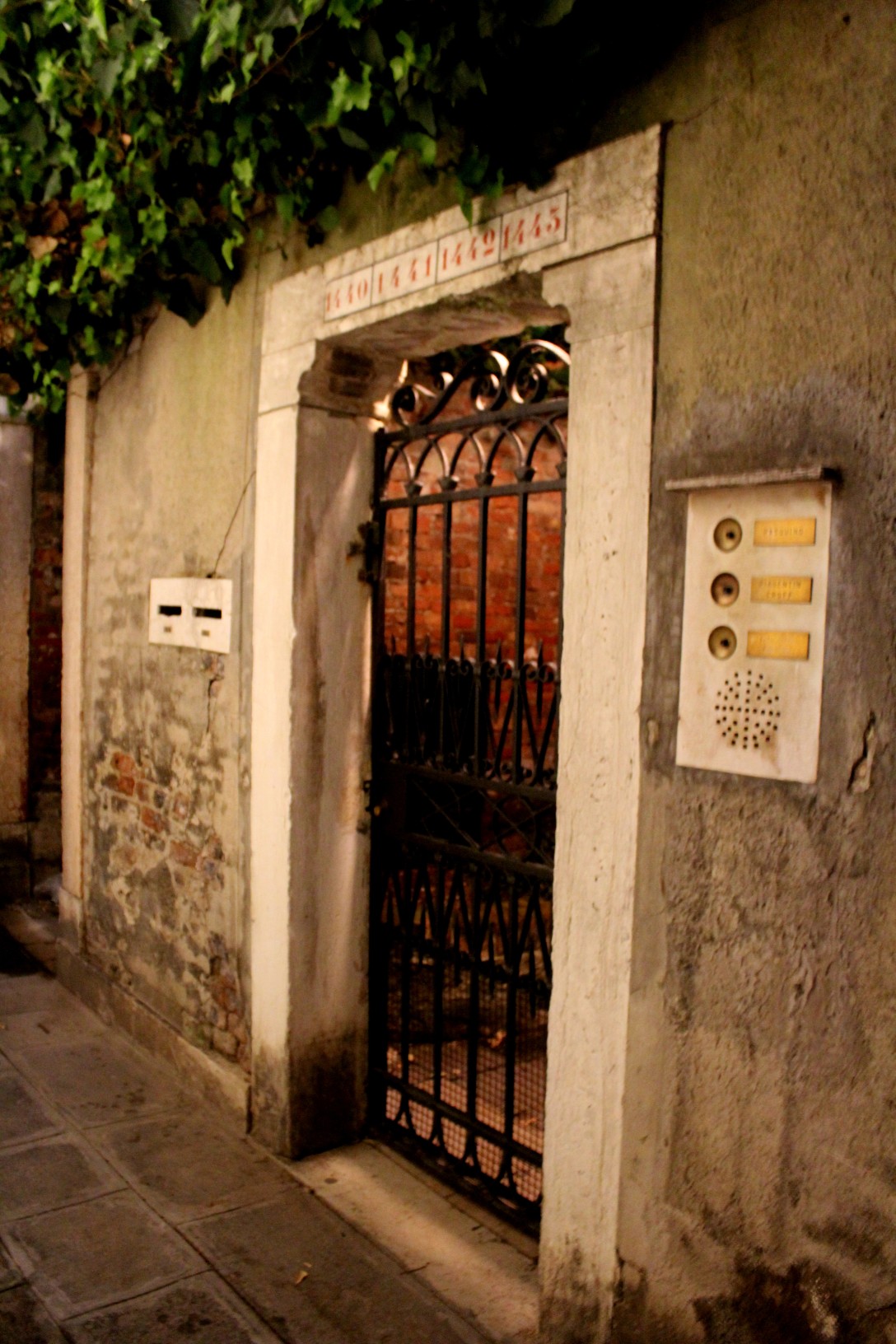 We ate along the Grand Canal, which, while touristy, is a must when in Venice. I had the first fish I’ve had all summer (and probably will have all summer), and Justin got spaghetti bolognese, which was also delicious.

I was pretty happy reveling in my newfound and single-night pescetarian lifestyle, however.

We woke up quite early the next morning, in an effort to see as much of Venice as possible, and, like in Bosnia, the sun wakes up early, too. In addition, Venice is hot in July, and muggy.

Undeterred, however, we walked down the alley where they sell fresh produce to restaurants in the mornings (piling it onto boats to be transported to the restaurants themselves), down the Grand Canal, and over an (surprisingly and very rarely) empty Rialto. 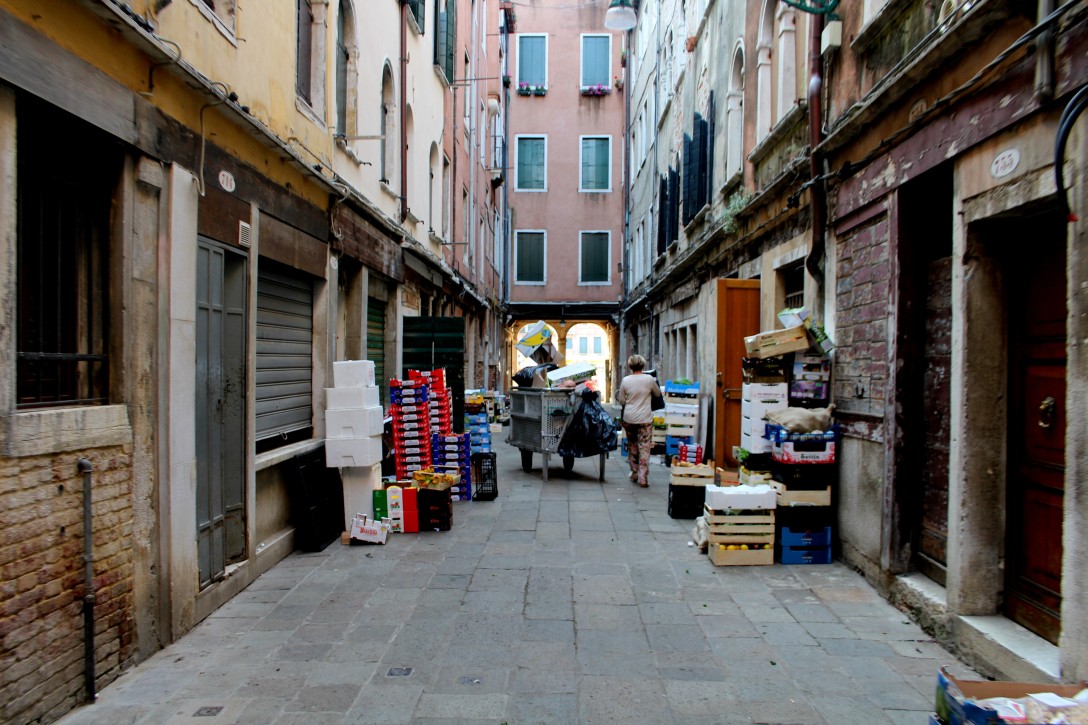 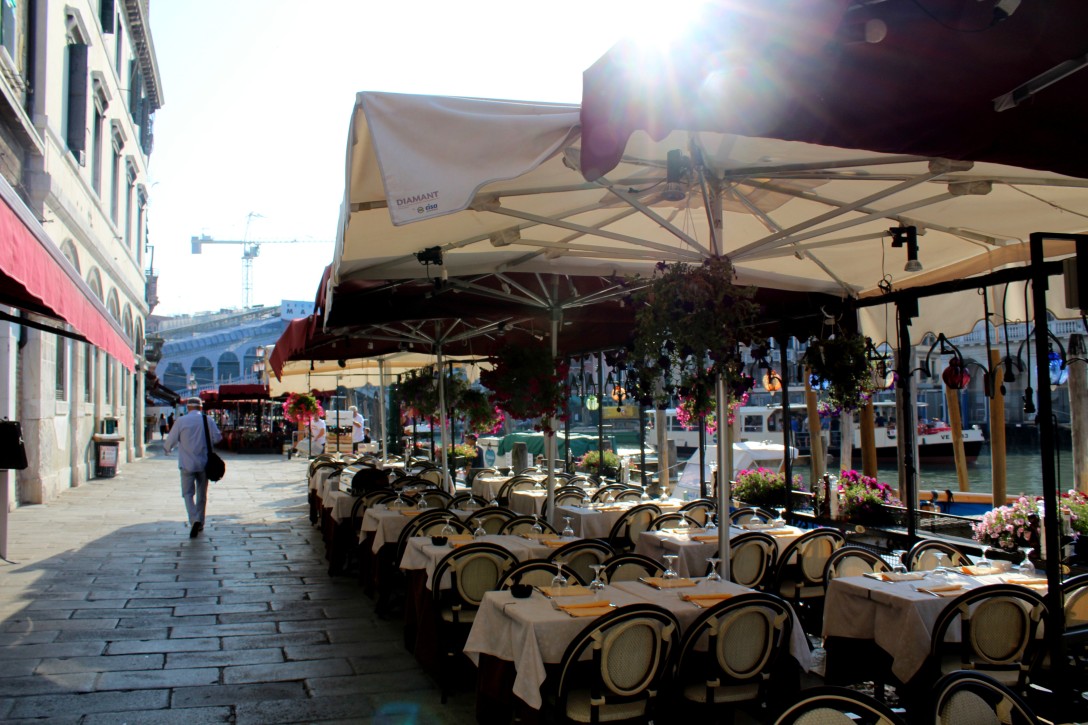 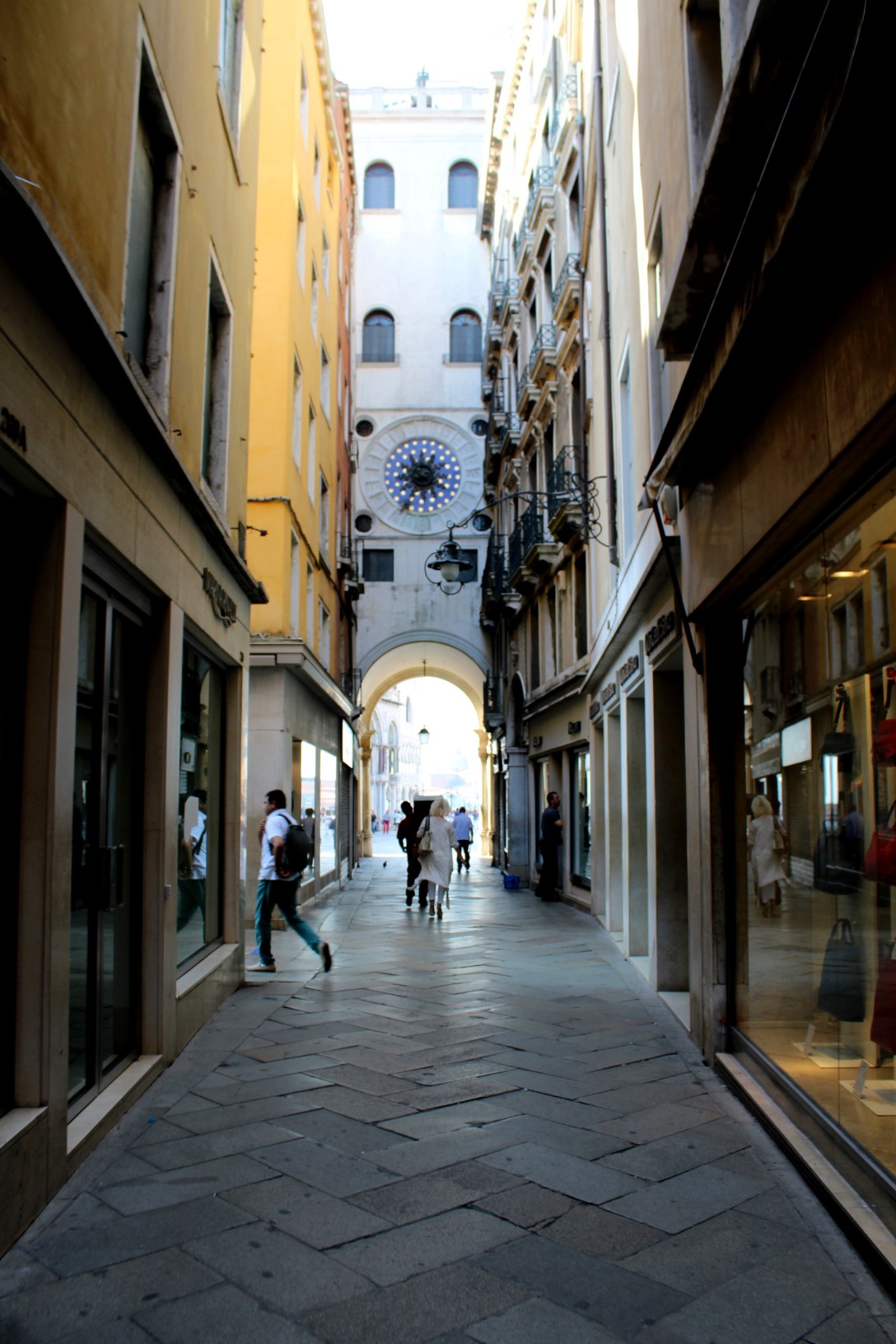 After getting lost a few (read: a lot of) times, we found ourselves in an empty Piazza San Marco, in front of the Basilica, clocktower, Doge’s Palace, and ocean.

Neither of us have mastered the “artsy blogger stand-with-ease pose” yet, so bear with us because when one finds the Plaza empty, one must have a photograph. 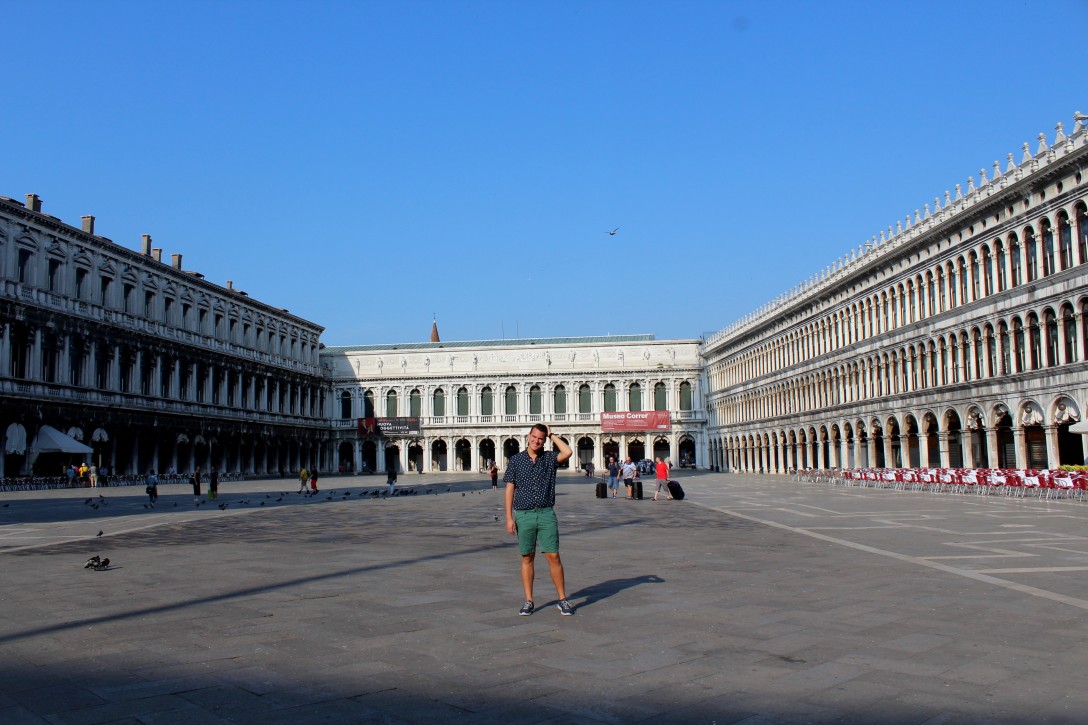 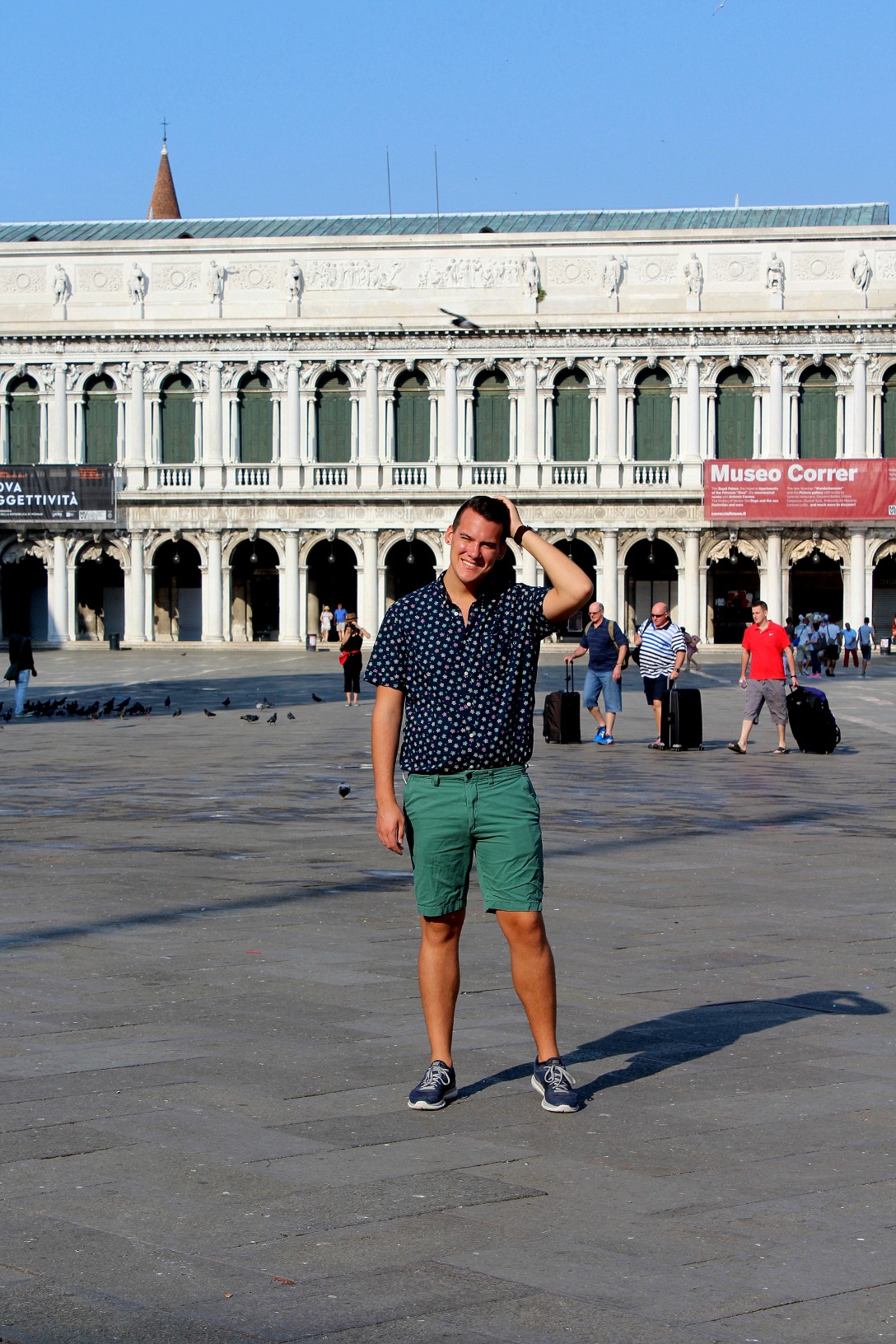 The stores along the Plaza were not open yet, so in search of coffee we walked around a bit more. Venetians wake up relatively late, and are done eating supper by 10 pm- a schedule unknown to us.

We found a small cafe in a small alleyway and, like true Venetians, drank a cappuccino standing up at the bar. 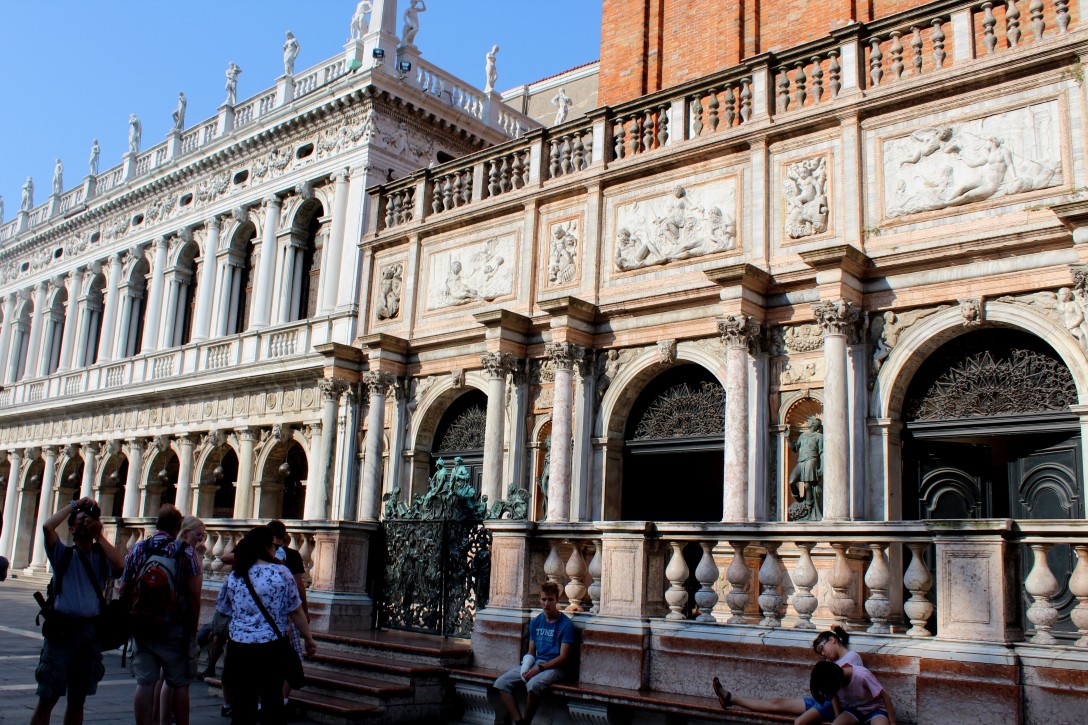 The clocktower opened at 9:30 and it wasn’t quite 9 yet, so we walked around.. some more… until we could get in line without being entirely bored. Everything in Venice is beautifully old and rugged.

When we finally got in line for the clocktower, the city was beginning to wake up and tourists were beginning to amass. If I have one complaint about Venice, it’s that (especially with the cruise industry making inroads) it’s extremely, extremely touristy. 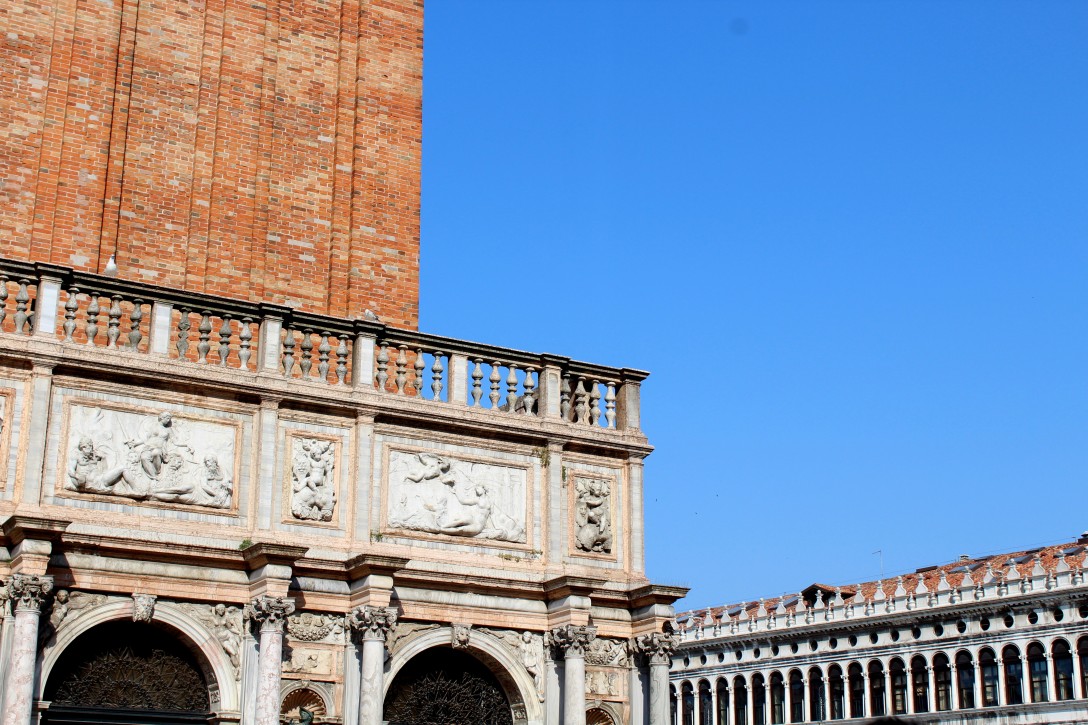 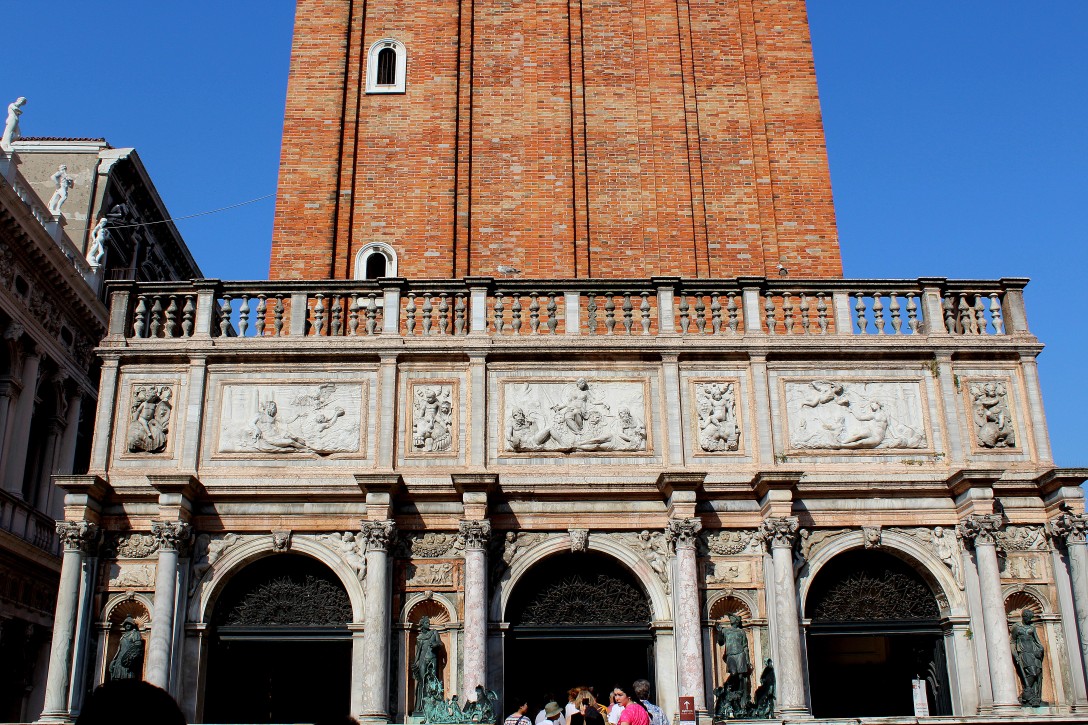 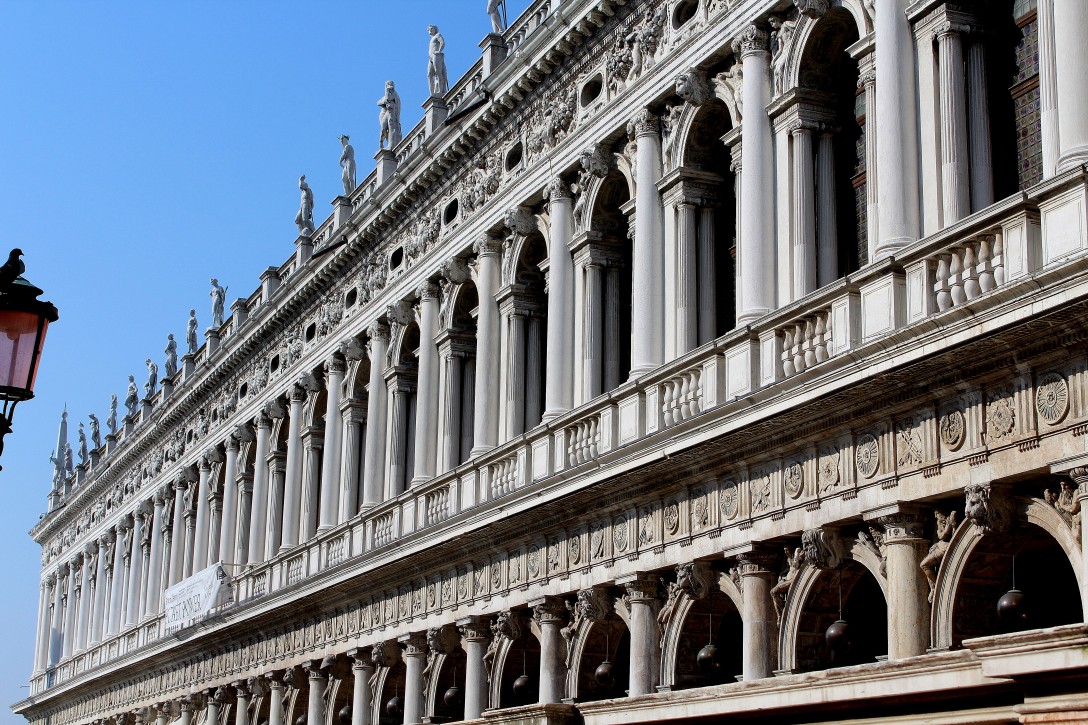 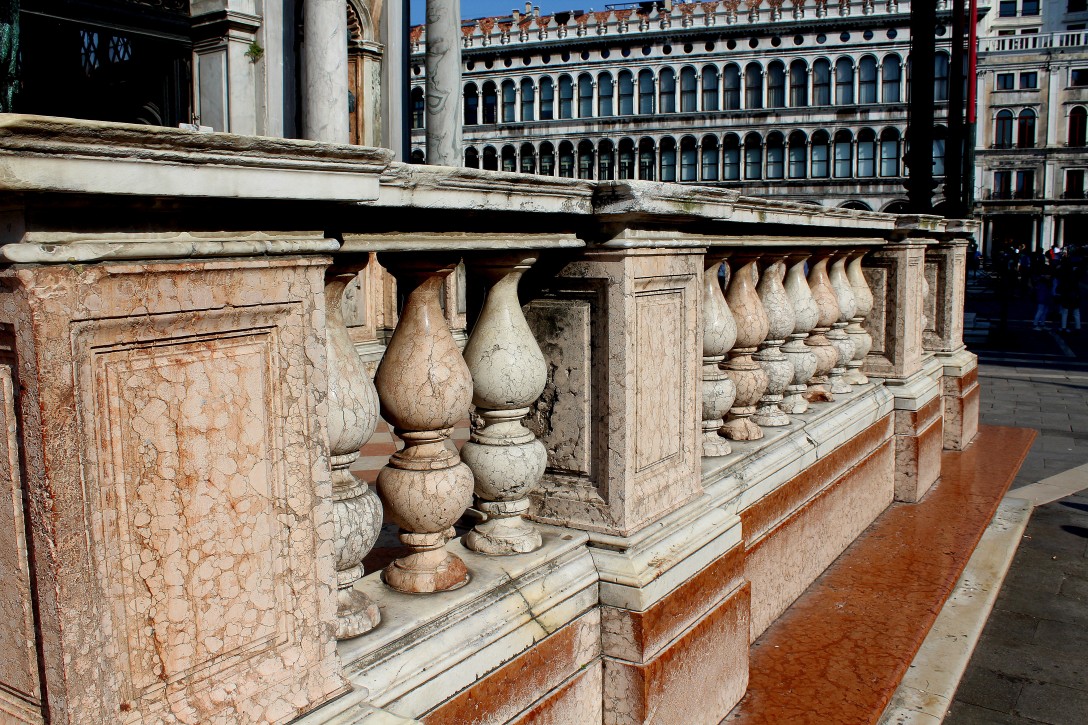 (These lions look flat but I promise they’re not).

Tomorrow you can follow us up the clocktower for a 360-degree view of Venice!

Love (and sorry for the post delay, it’s my exam week),