So today I have a lot of pictures. Because I like playing with colors and you guys are more engaged when there are pictures, anyway.

So I boarded a flight from Miami to Bogota at 8:15 last night, which took about five hours. It wasn’t a terrible flight, and I got to watch lightning-clouds. It’s like thunderclouds, but from above, and you can see the lightning magic without the rain, wind, or thunder to scare you away from the beauty of the electric playground.

Sebastian picked me up at the airport and took me to his apartment, where he has two cats, Linda and Luna. I’d love to say we became best friends, but alas, we did not. (Not for lack of trying). This is a view from his apartment. 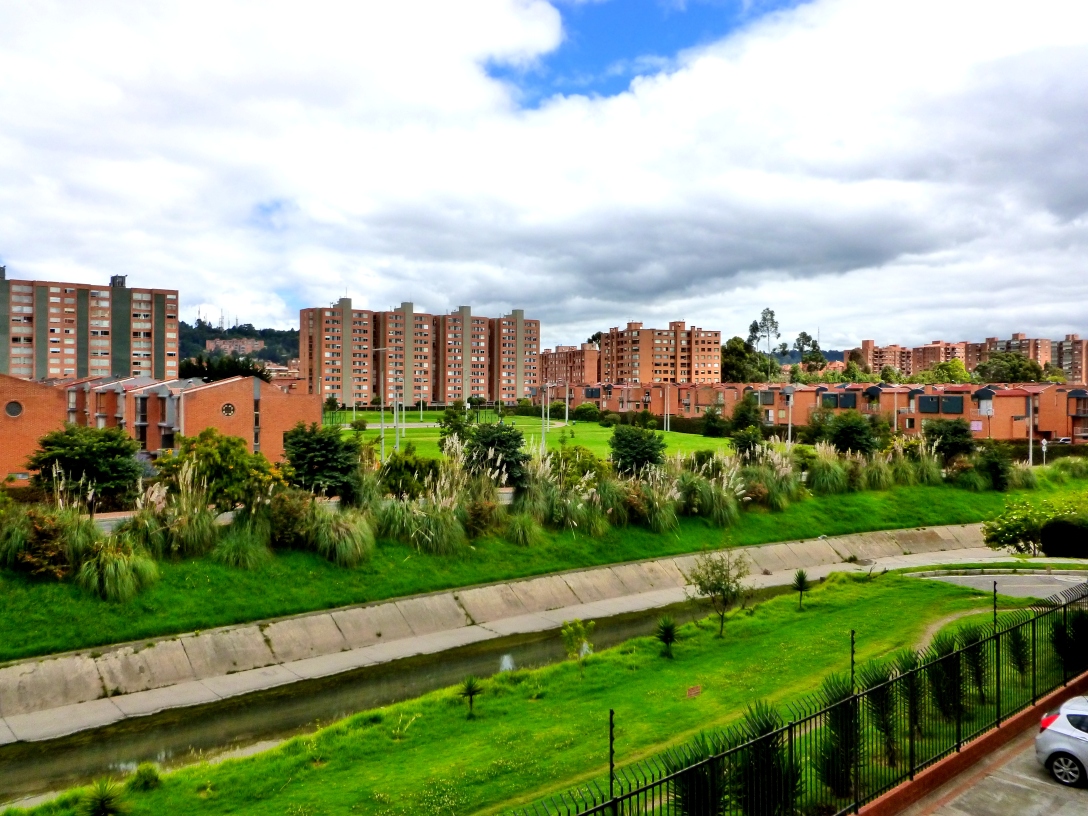 Then we walked around Bogota. Their public transit system rocks, by the way. And the pictures don’t do the mountains justice. 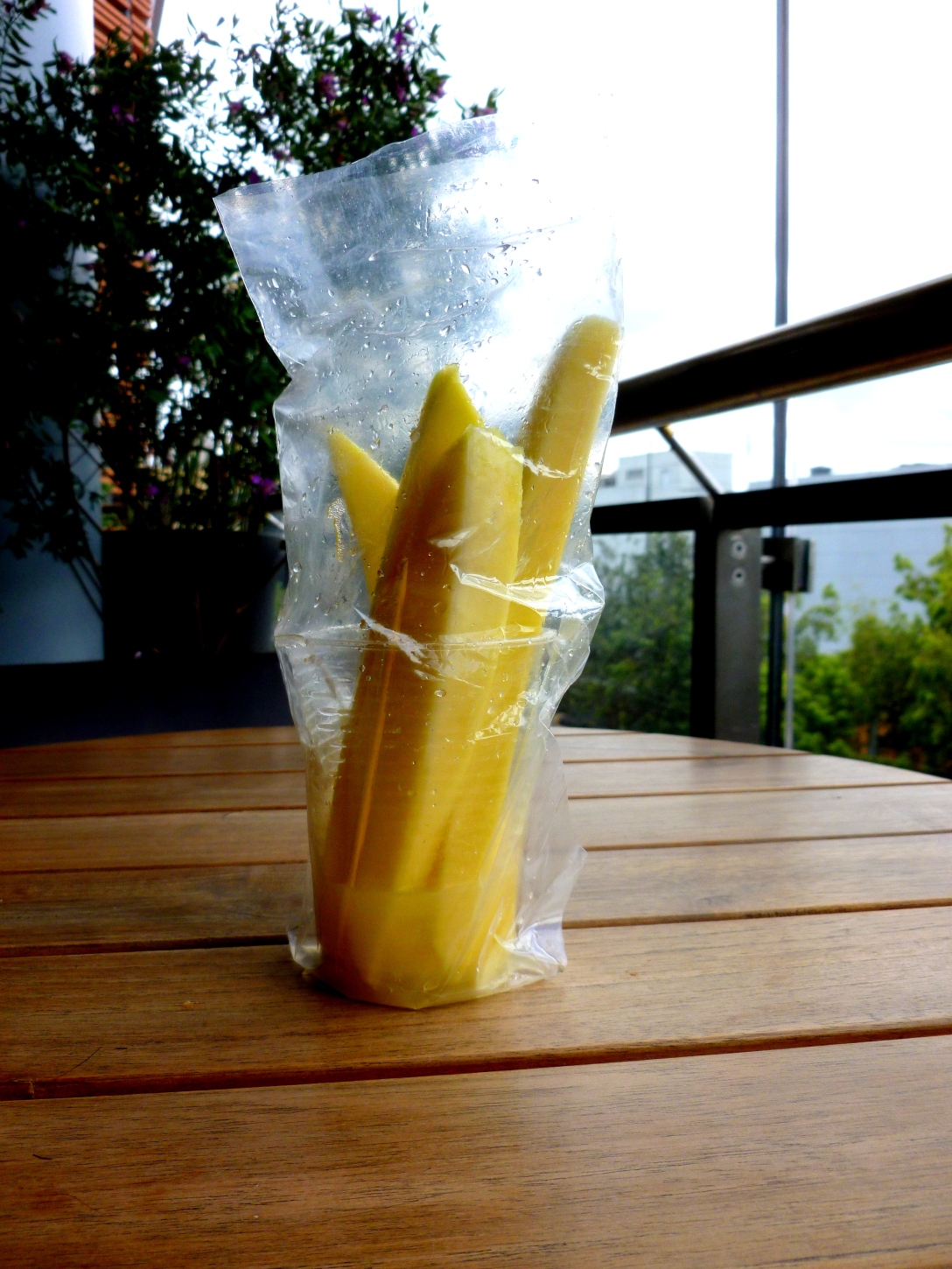 Above is mango (not quite “American” ripe) doused with salt and lime juice. Sebastian couldn’t believe I’d never had it before. They also have strawberry, mango, and mixed berry juice available as common drinks (ahem I love all of the above and do not discriminate).

Meanwhile, the World Cup started today and it is the biggest thing ever. Like they’re streaming it live in three different locations with huge flatscreen projectors and provided, blockaded seating.

Sebastian and I found this amusing:

But then we had to go home because we had to pick Jamie up from the airport. Jamie is studying mechanical engineering in China but is spending his semester abroad in the UK at Kingston. He’s doing AIESEC, like me, but solely the language aspect. The ride from Bogota to Ibague was four hours, but let me just say. That’s four hours with the driver averaging 90 miles per hour. And Bogota is sprawling and huge. It went on for miles. 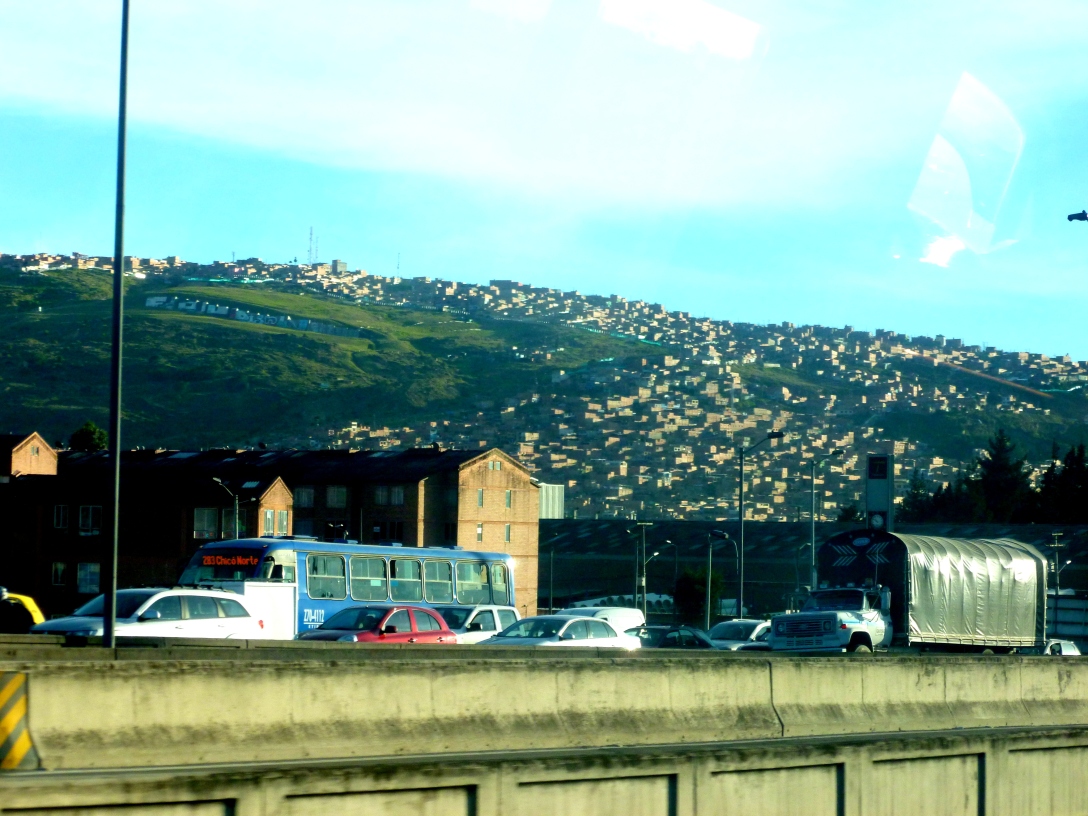 People drive on motorcycles and scooters in between lanes of traffic. 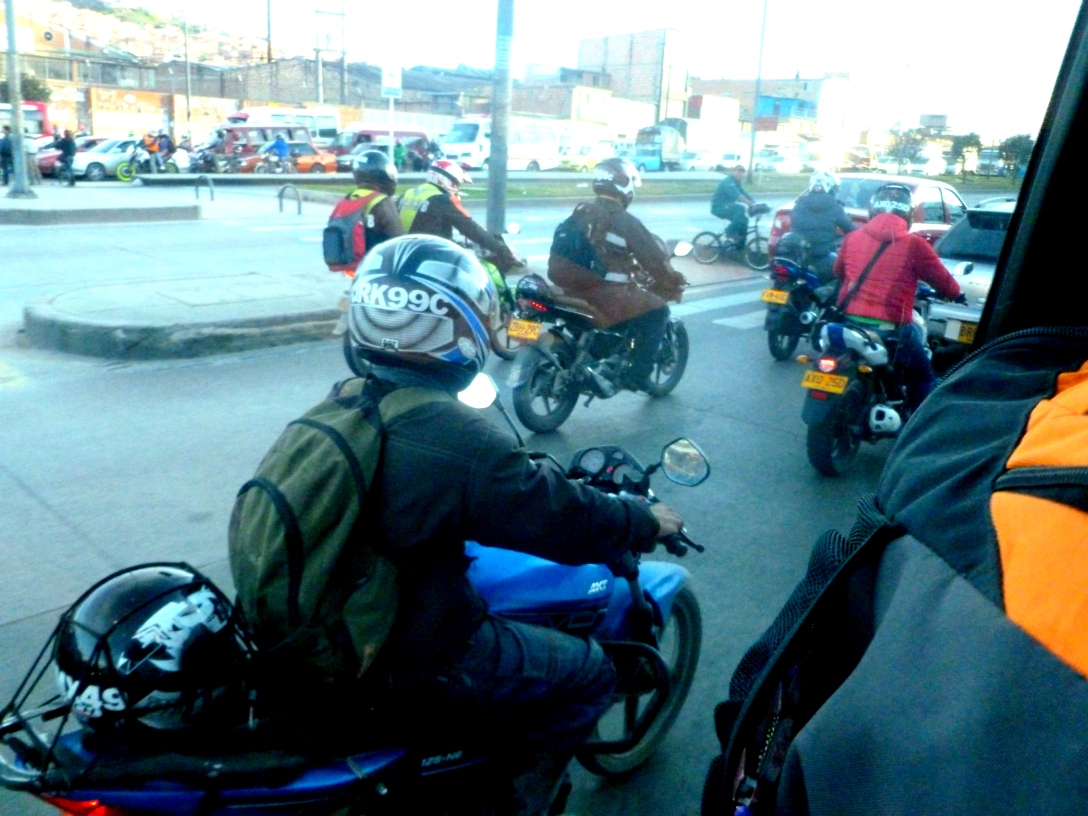 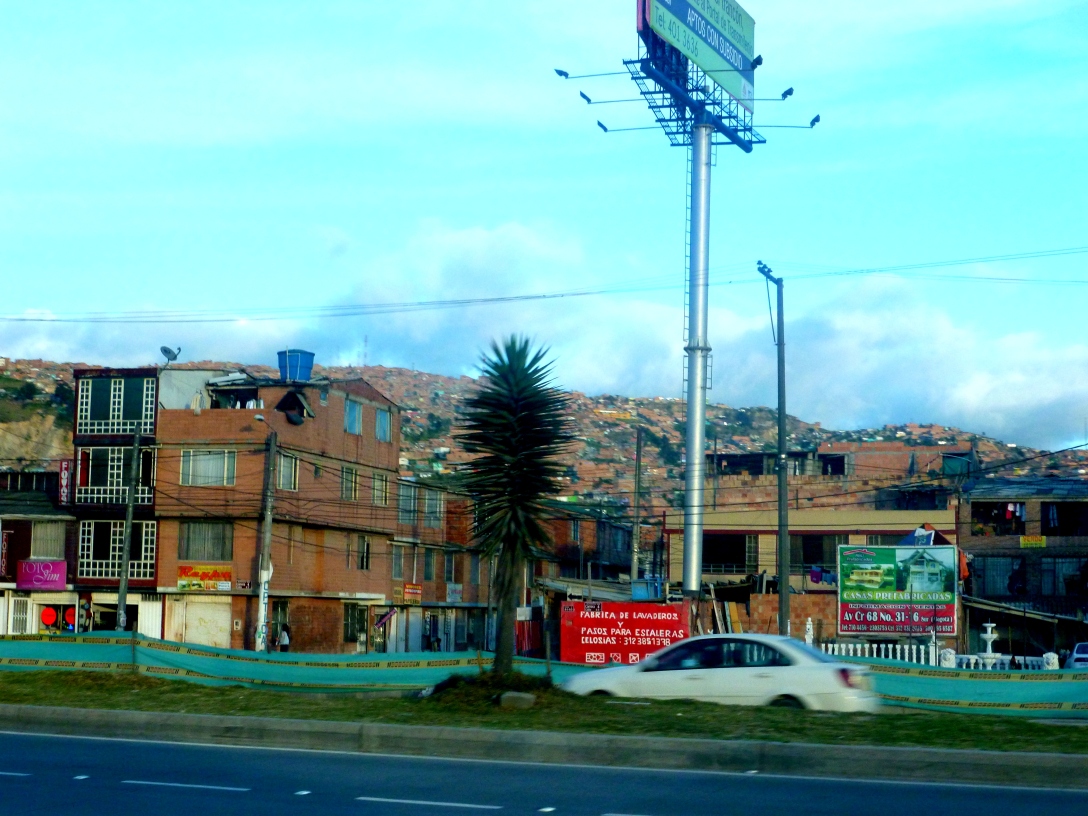 The urban sprawl is unbelievable. Everything I learned in AP Human Geography came to mind and stayed there. 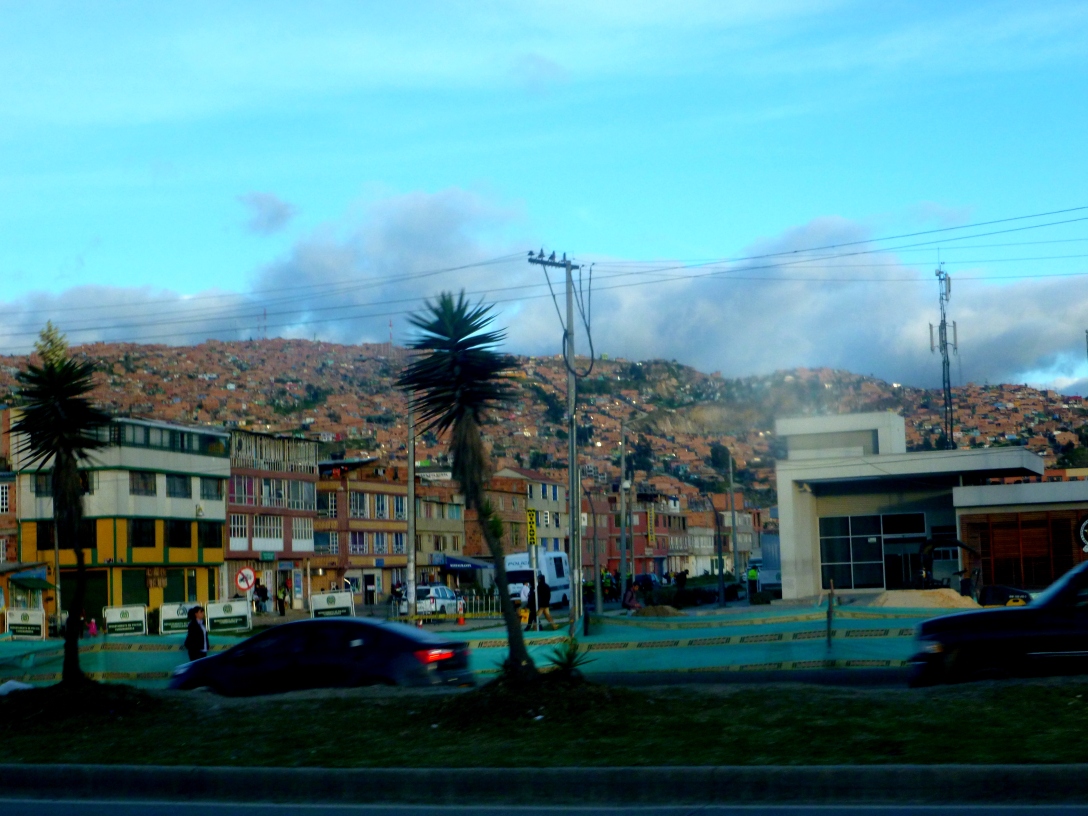 And people just walk through the streets selling food: 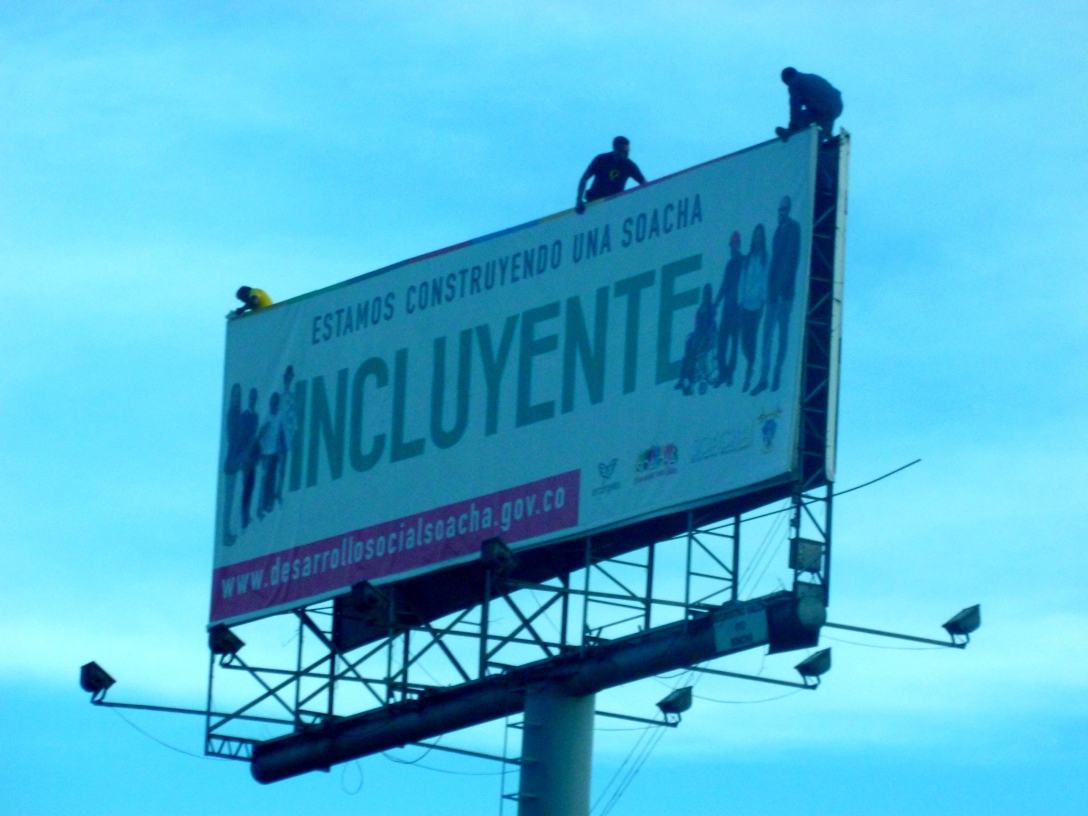 Now. About the driving. There seem to be a few driving rules in Colombia. 1) Lanes are optional. 2) Even if there are only two lanes for two different directions of traffic. 3) Speed limits are optional. 4) It seems to be the case that slamming on brakes and jumping over obstacles is for funsies. 5) What are rules?? This picture was taken at a sheet of rock, and I swear we were going 115 MPH at the time.

This one is just for Justin because he’ll get it. Justin, this was playing in our bus on the way to Ibague.

And the mountain ride was absolutely stunning, until the light got bad and I had to transfer the pictures to black and white or sepia to preserve them. I’d love to make the trip during the full light of the day. 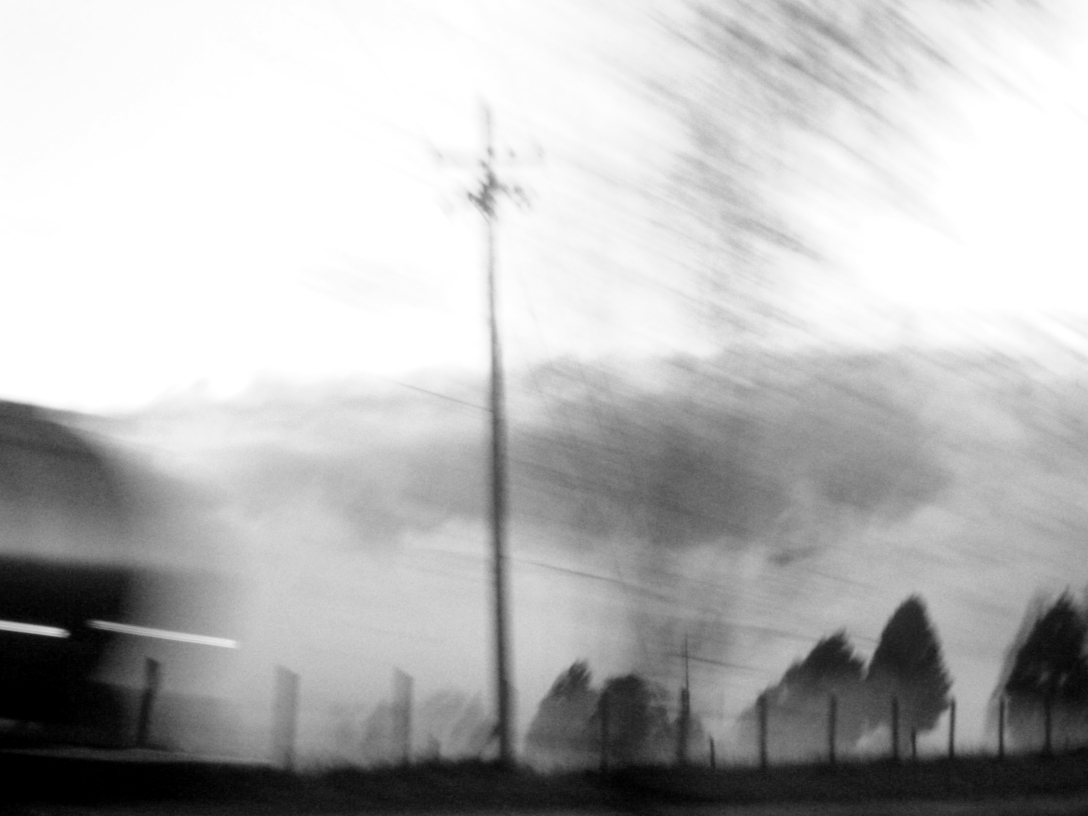 Also my host family is so sweet, but this is getting long. It is good to note that Spanish is not difficult to catch on to. 🙂 (Except when I answer everyone in Russian, that’s a problem).