Today Colombia played Greece in the World Cup, so all day I’ve been watching soccer (or futbol). I’m normally not a sports person, but  I can’t complain when they all pull their shirts off at the end. 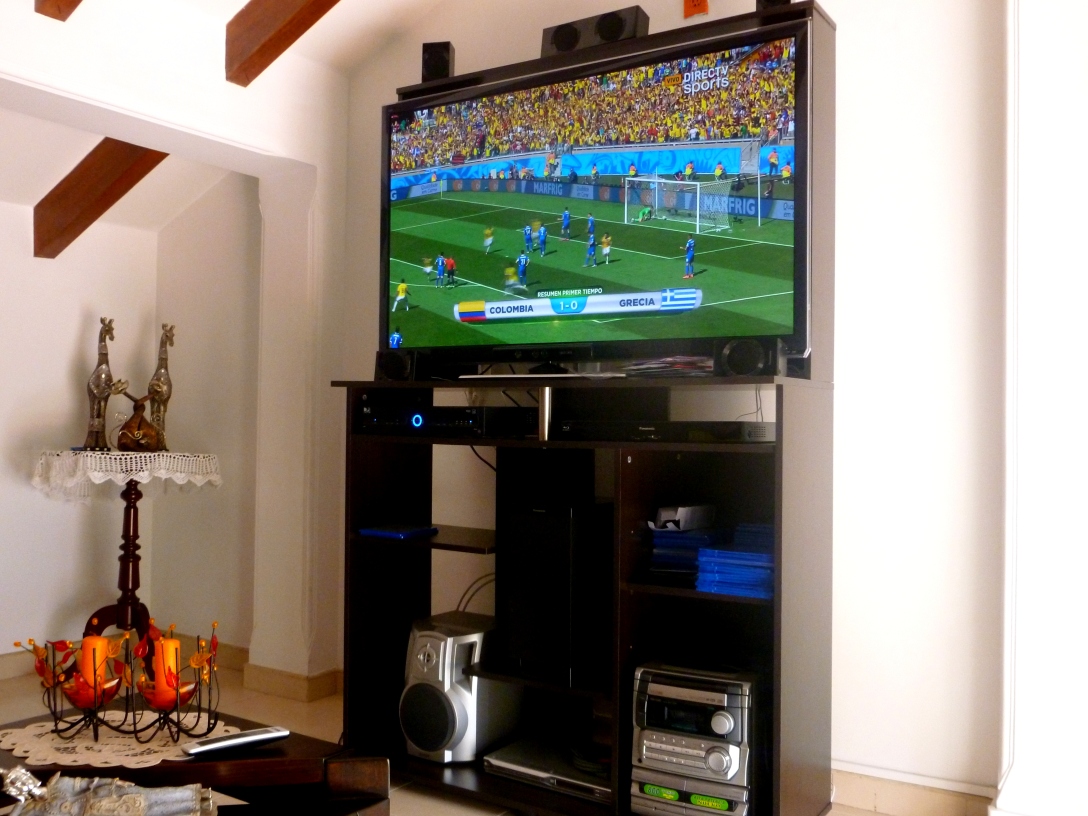 Colombia won 3-0, and I thought that was that until my host family and friends told me to get ready and ride into town. This is what ensued: 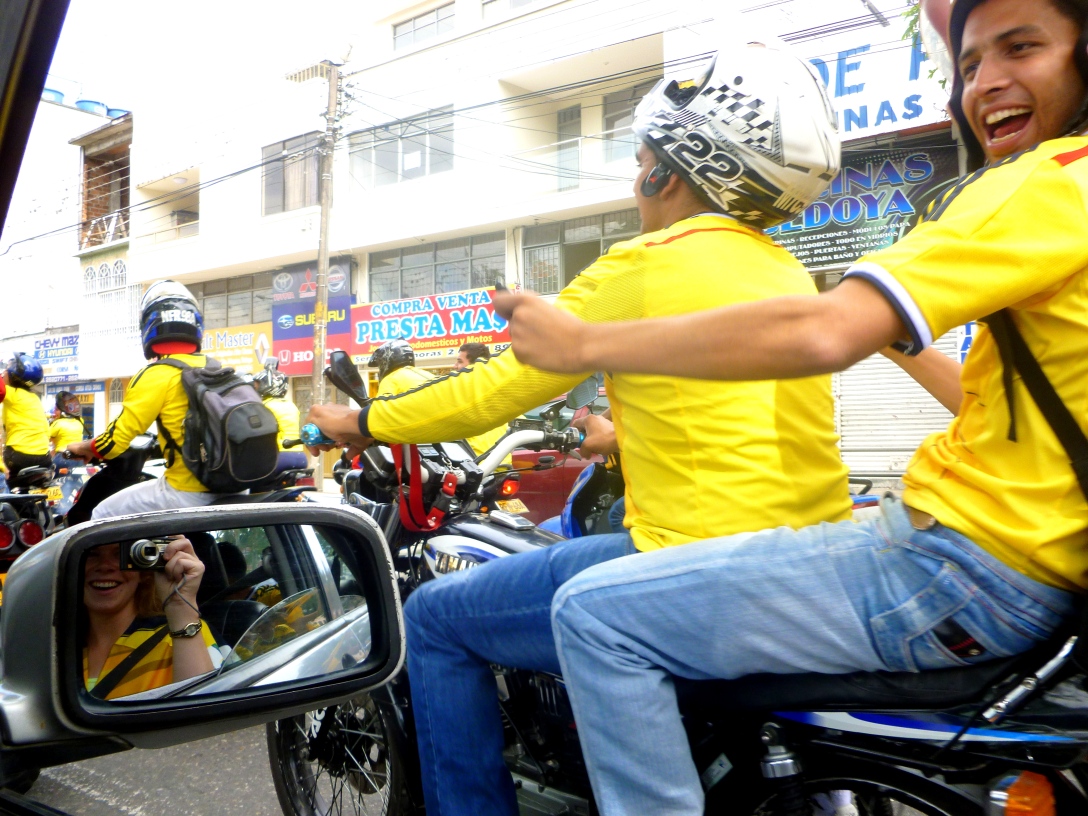 Thousands of people filled the streets with flags, jerseys, balloons, vuvuzelas, horns, flour, foam, motorcycles, cars, trucks, and every other imaginable object that could be used in some manifestation of victory. 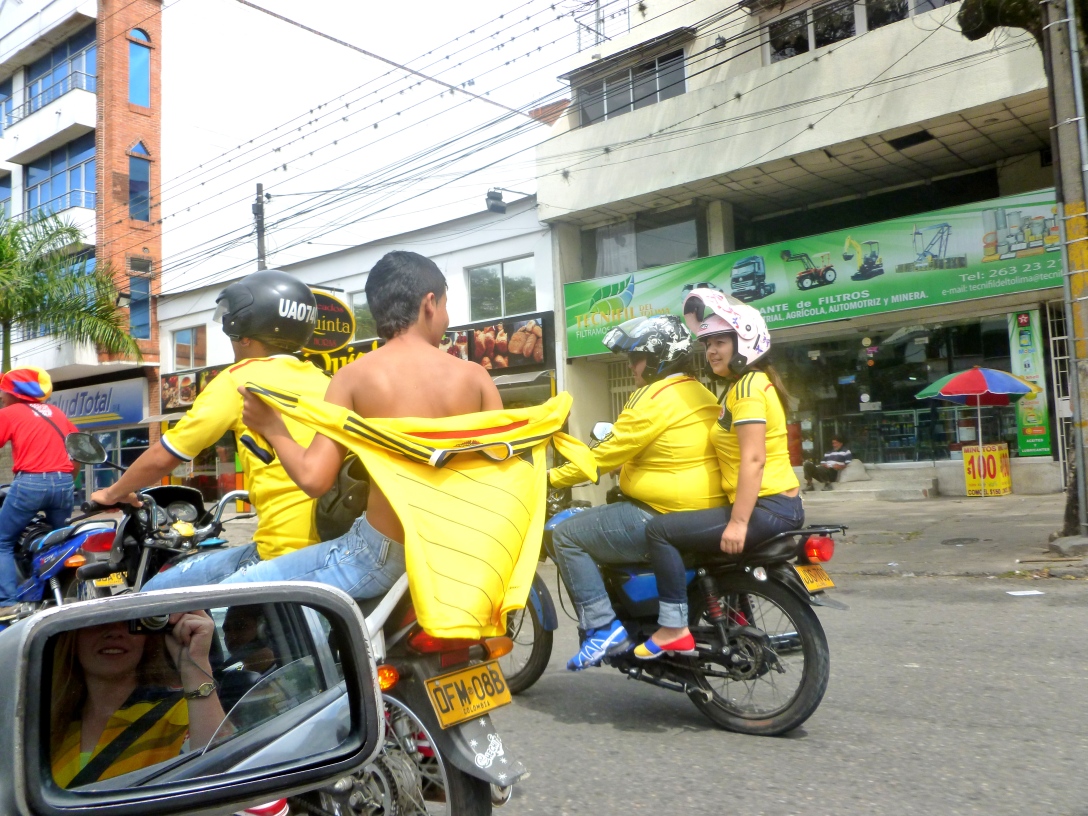 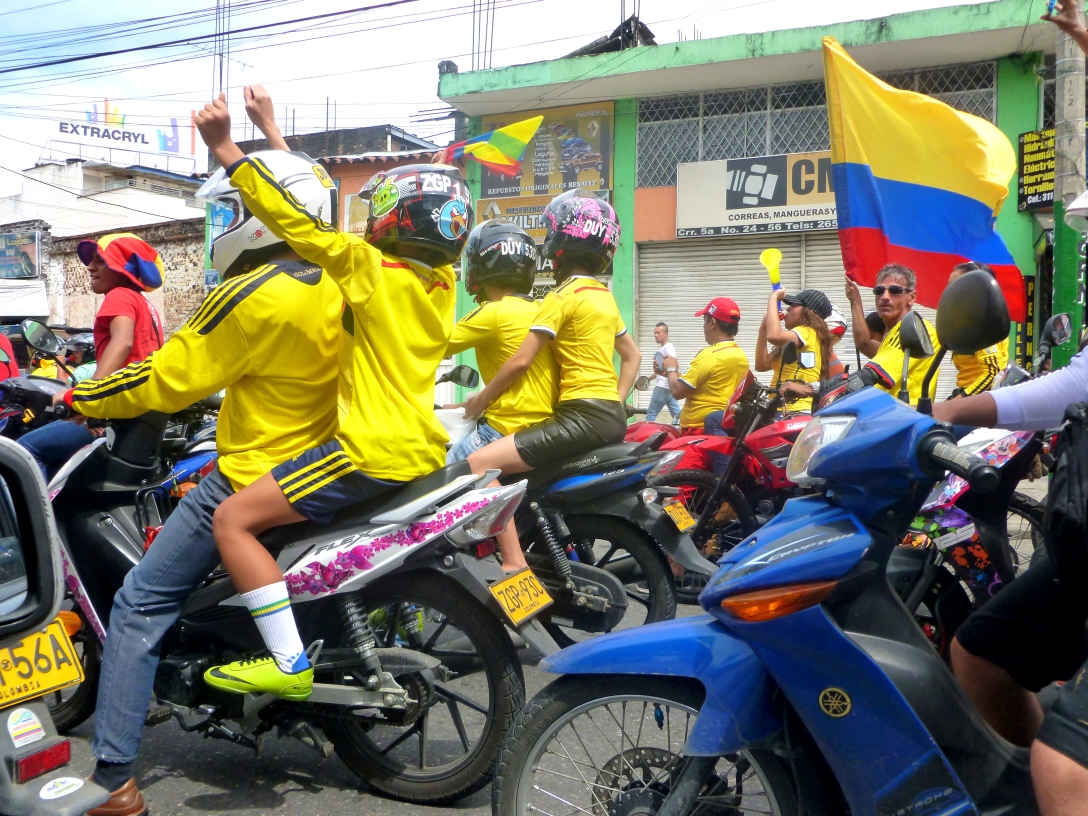 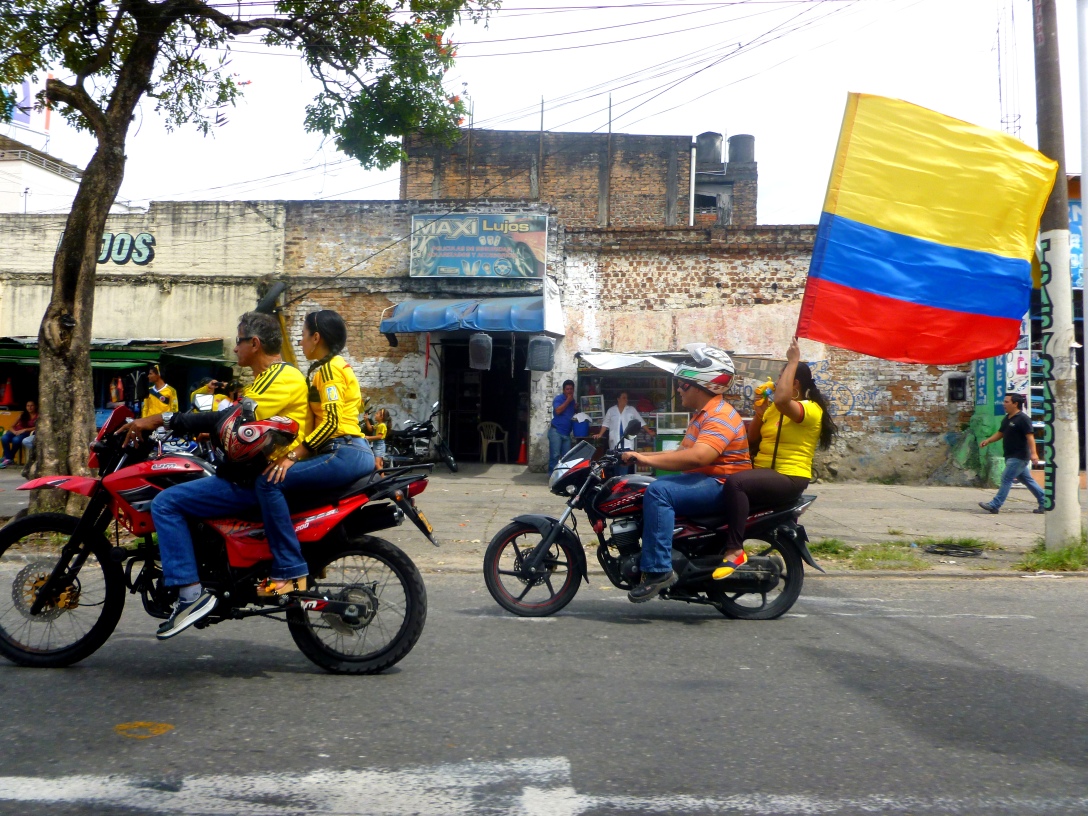 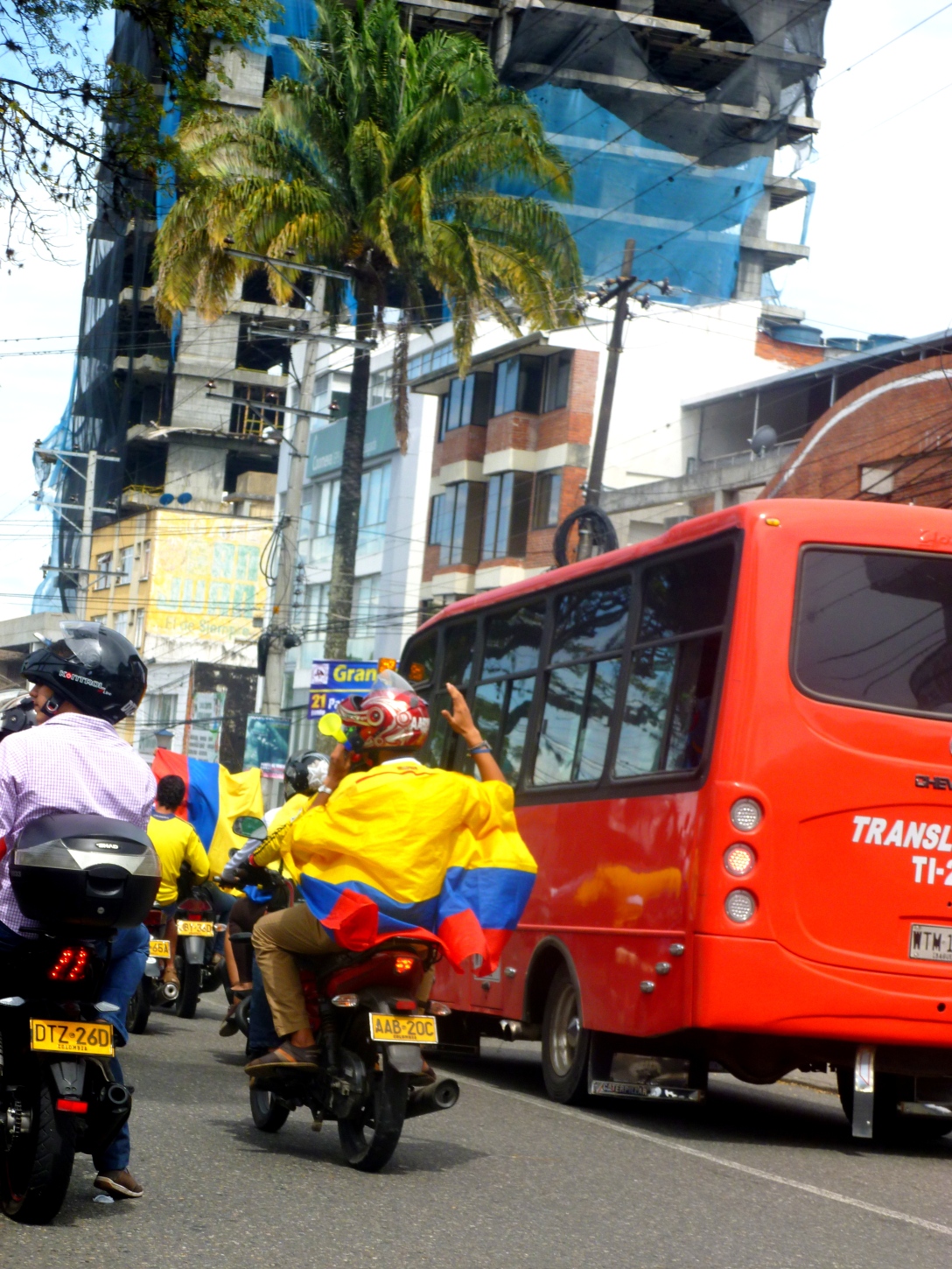 They really don’t have alcohol laws here, so when my host family offered me a beer to sip in the car, it wasn’t hospitable to refuse. So now I can mark Driving Around With an Open Beer Can in the Car off of my bucket list. 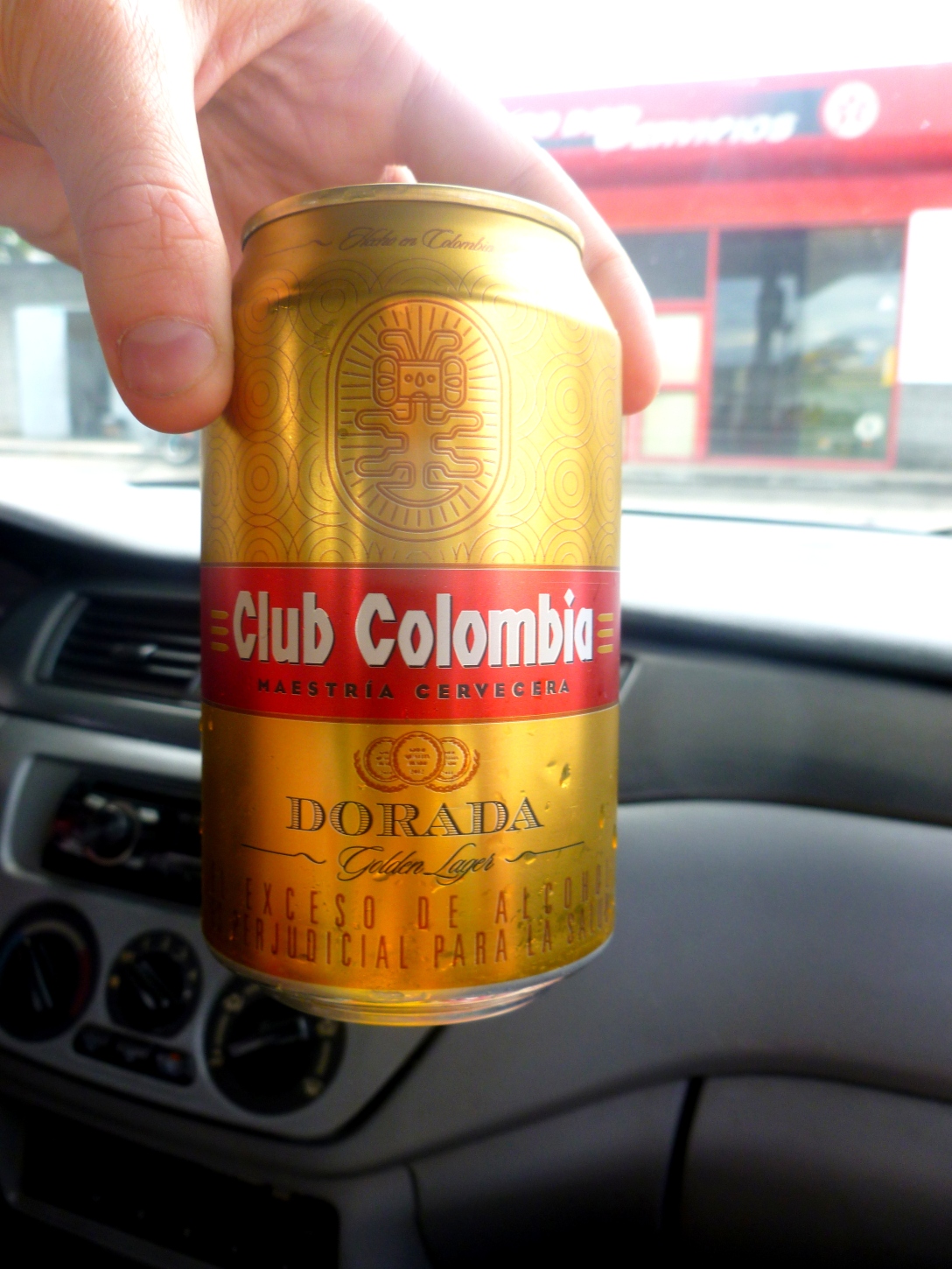 This is Mr. Balloons. 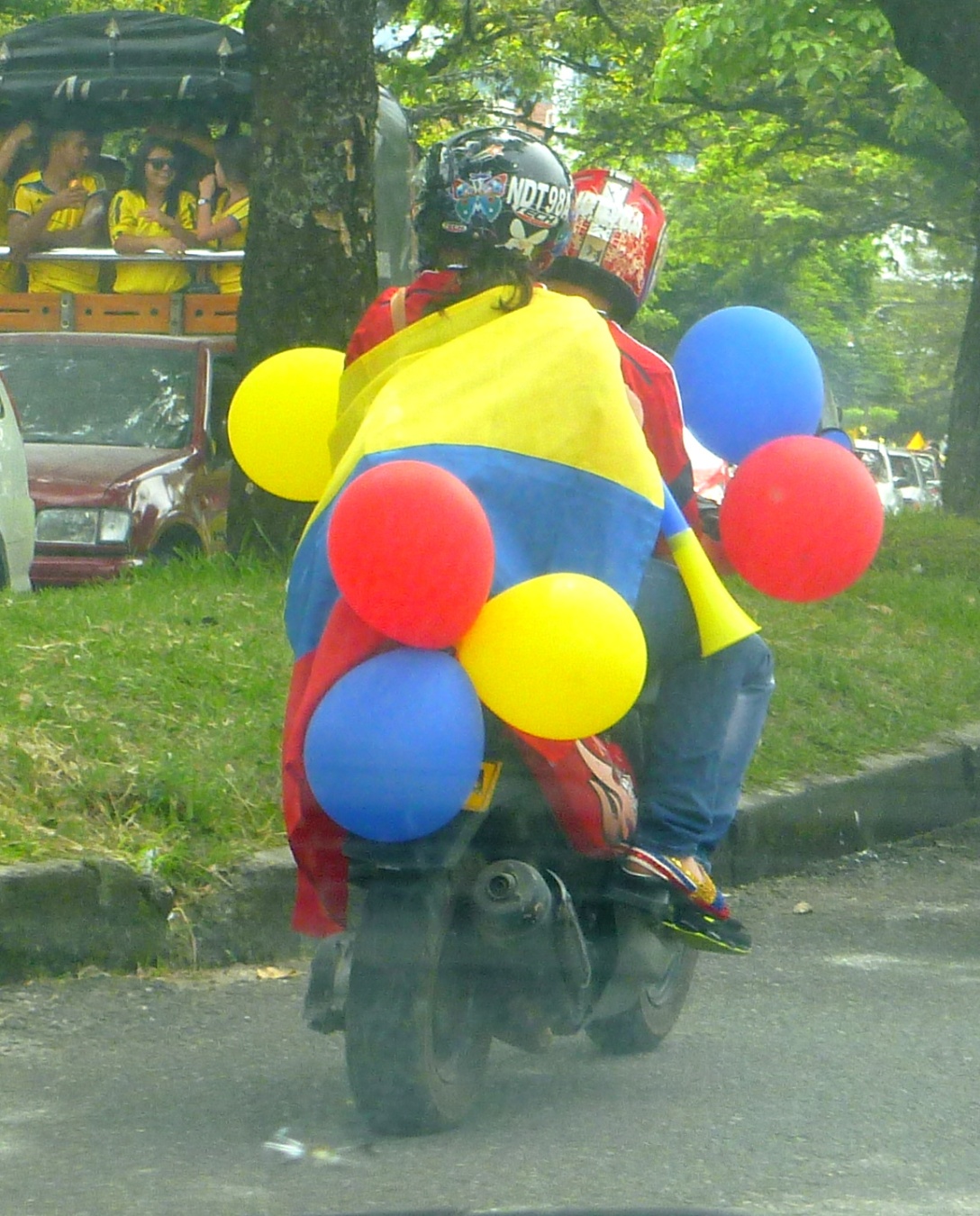 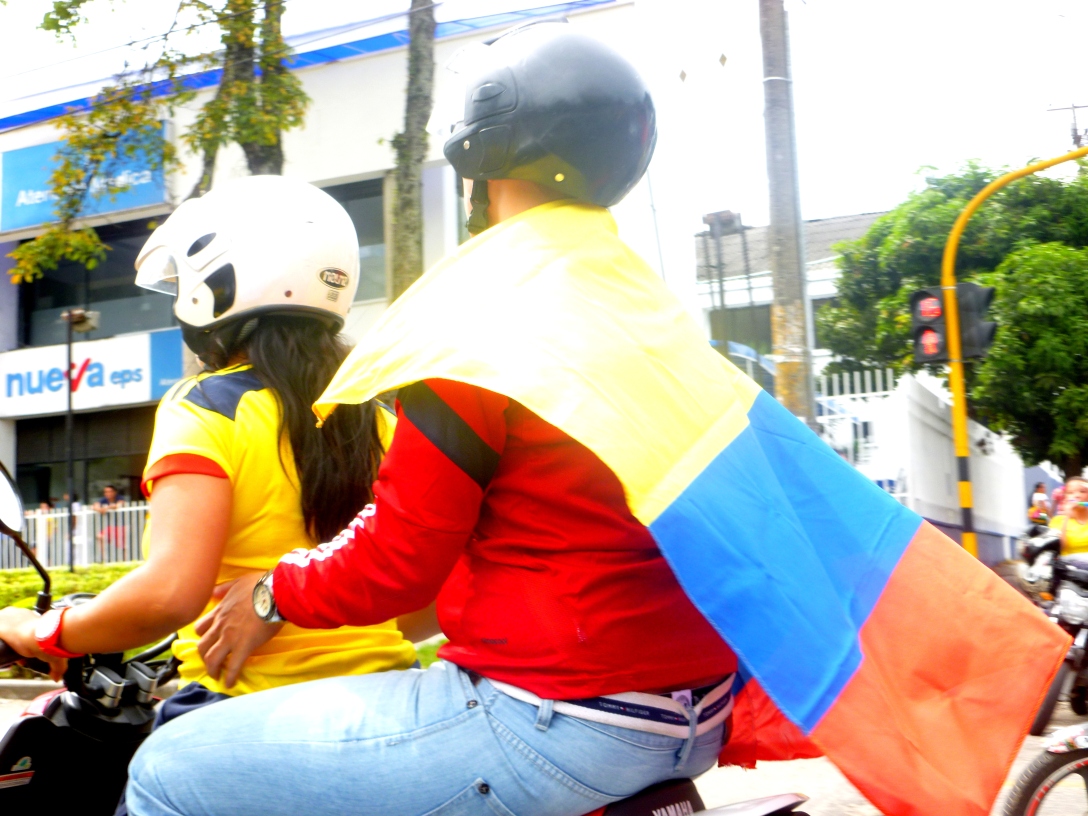 Remember how I said that driving laws don’t exist here? Yeah. One of the kids in this car rolled off of the hood and we almost ran him over until we slammed brakes hard enough to slosh beer all over me. Thankfully no one died and he hopped right back onto the hood for more death-defying victory celebrations. 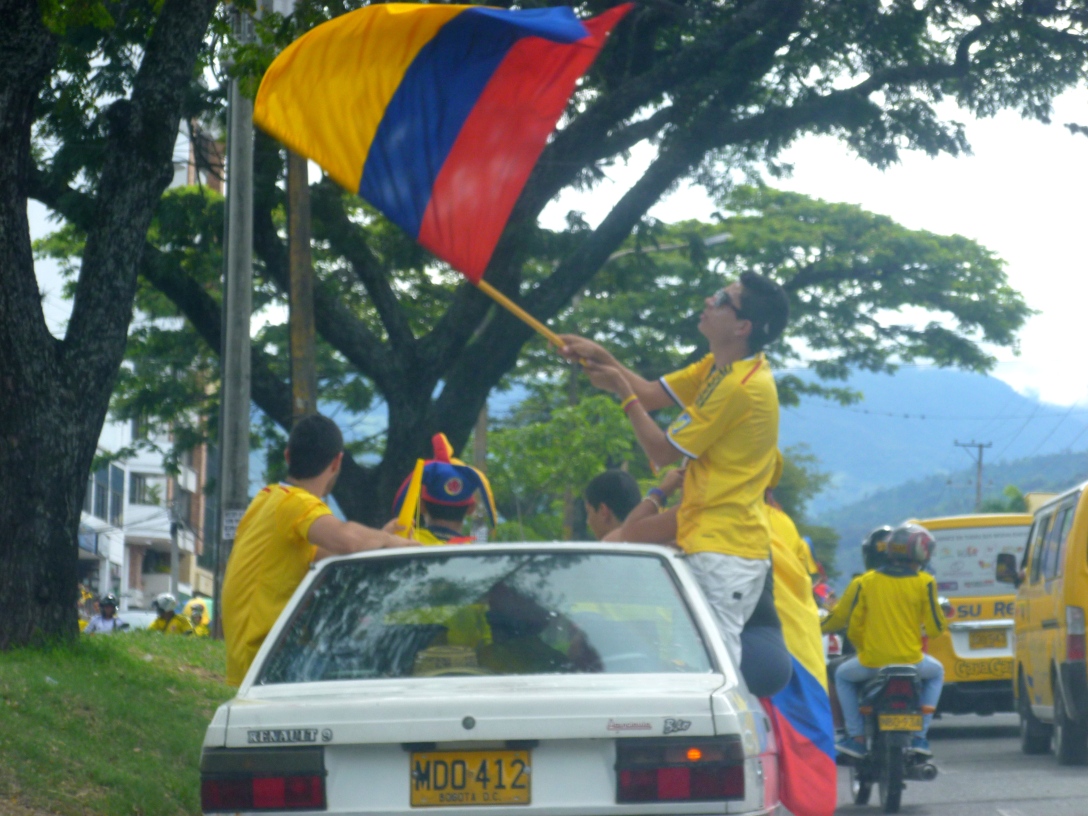 They even provided me with victory wear! (Yes, I am wearing clothes underneath this poncho). Now we wait until Thursday when they play again. Maybe I’ll get flour on my face this time! 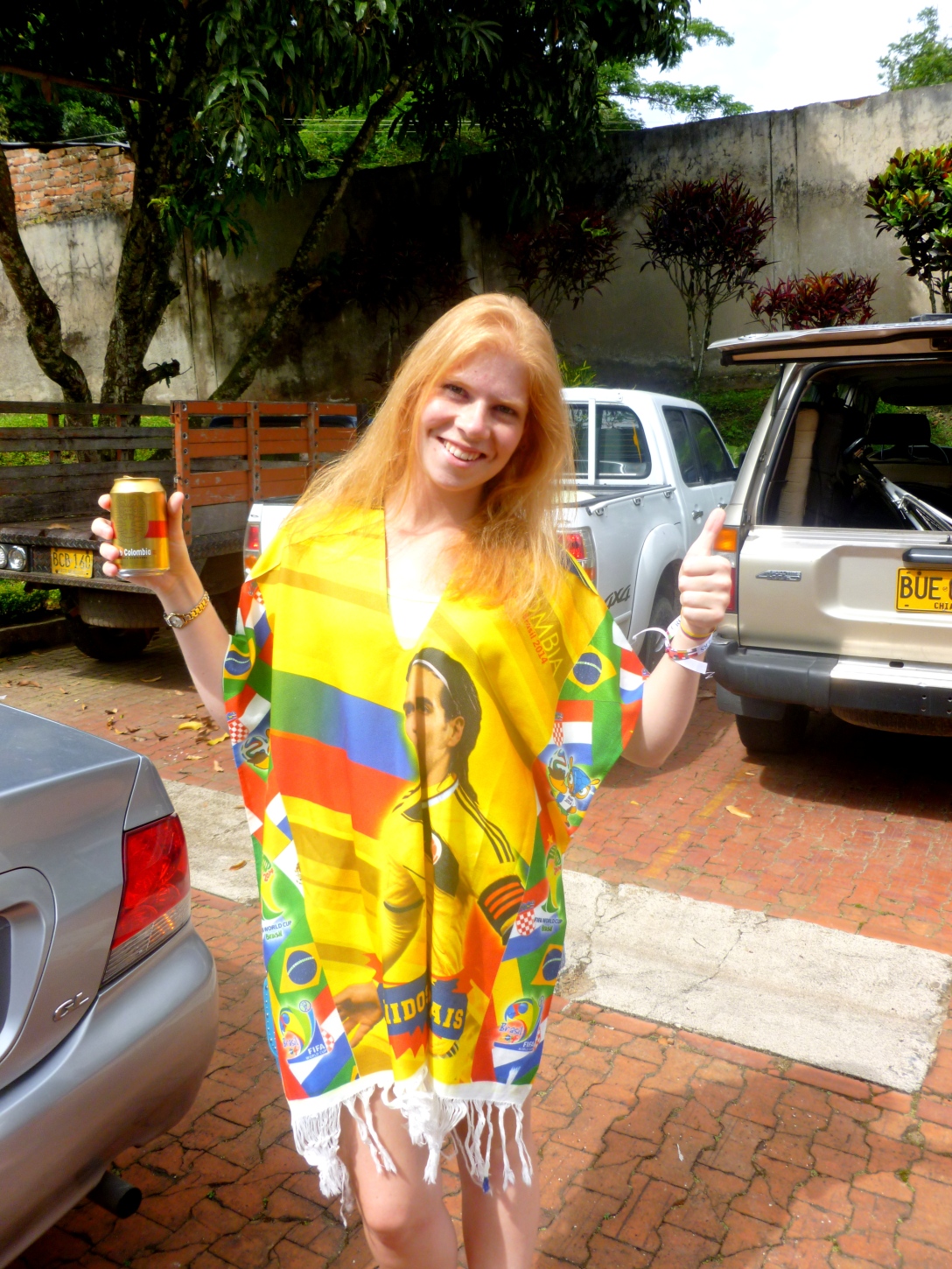 I also went salsa-ing at the disco last night with other AIESEC members, which was a lot of fun. I tried aguardiente and will bring some back- it’s as strong as moonshine but has a strong taste of licorice. You buy a bottle to split with everyone, and they bring bowls of lime, lemon, and mango to eat after you’ve taken a shot (the shots they served me were like half of what we have at home, and I’m not really sure what that says about whom). 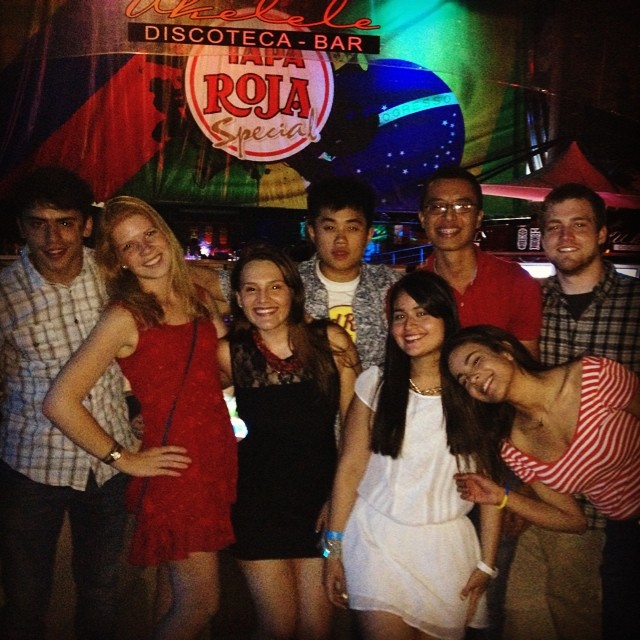 One thought on “The Smell of Victory! (And Rain)”