We have three or four Germans in the AIESEC program here in Ibague, and we have seven or eight Americans. Today, America faced Germany in the World Cup, so we all gathered to watch it and root for our respective teams!

I didn’t leave without my trusty American flag bandanna and silver/blue eyeshadow:

And we all were in good spirits:

They asked for another shot without the American flag, so I obliged.

Not to be outdone, Flynn brought his full-size flag, too.

Unfortunately Germany won, but the USA still passed to the next round, so I’m happy (: Jana then tried to hail a taxi with her German flag in her elation.

Afterwards, we went to the abuelitos and drew pictures. Most of them wanted me to draw a picture for them to color in, and were quite specific. “A landscape with three ducks,” a llama, an elephant, a “house with two palm trees,” and “a tree with a sheep” were all requests.

The man following was drawing a picture of a purple and yellow house, and his shading and line work were actually really admirable (the picture does not do it justice). After remarking to Paola about his talent with colors, shading, and blending, she told me that he was telling her how it was his childhood home that had gone up in flames.

The yellow made sense then and I felt supremely awkward.

This man is always smiling:

And this man can’t talk, but really likes when we come and gestures incessantly, so we pretend to understand. He’s so super sweet. 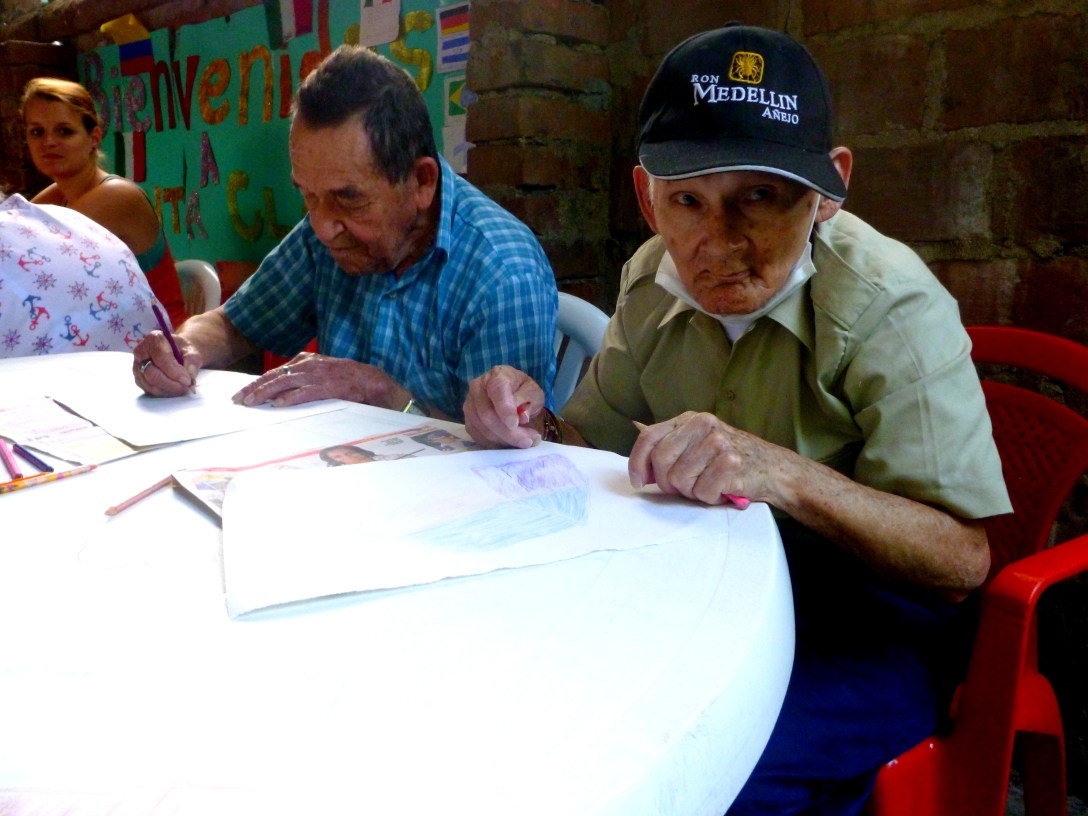 These are the residents’ final products. 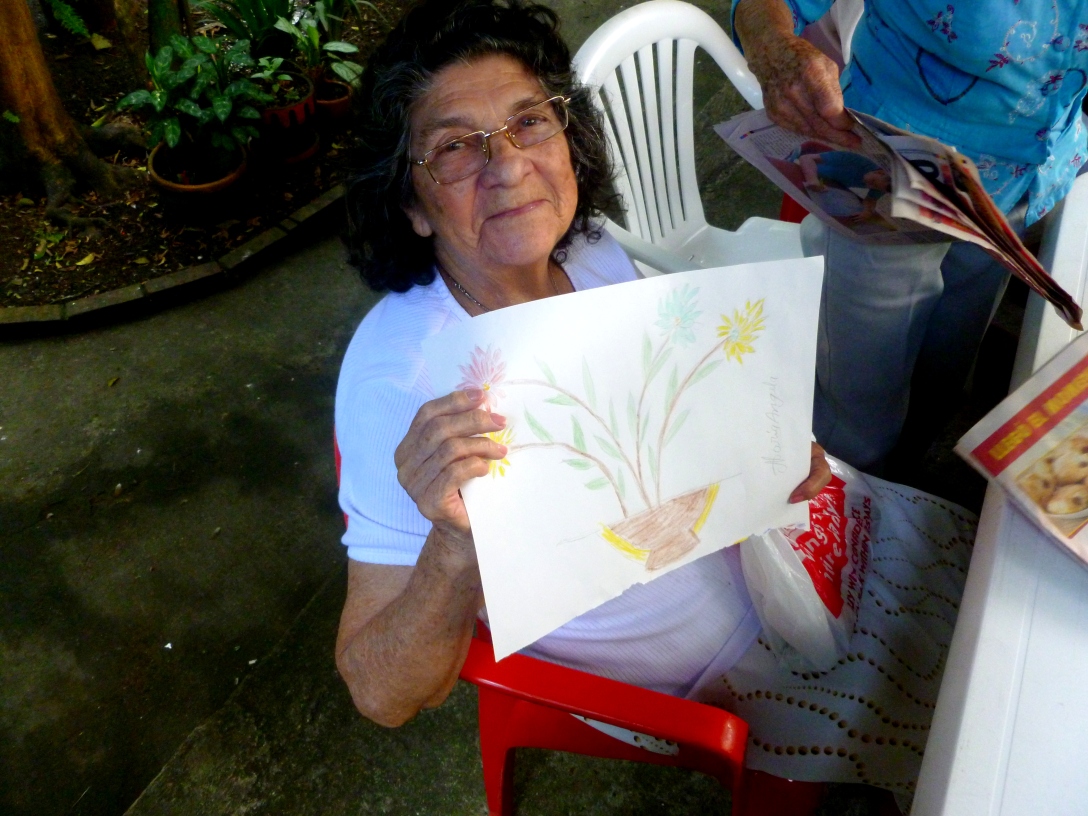 I took the following picture to show you something I find amusing, here in Ibague. These street performers will stop in front of stopped traffic, before a green light, and perform- and go around asking for tips afterwards! This one’s juggling flame and knives, but all sorts of entertainment can be provided while you wait to go. 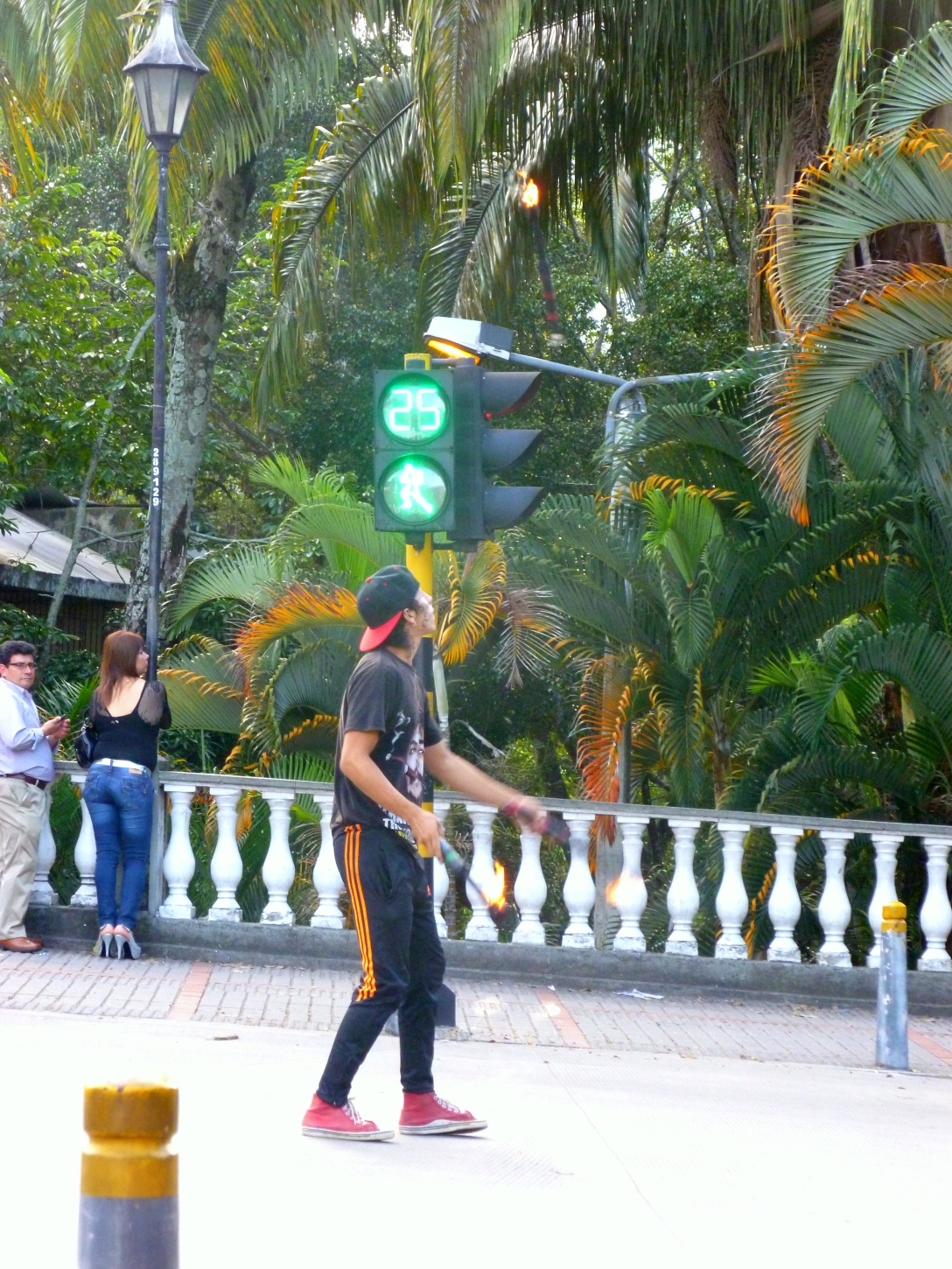 Tomorrow I have an AIESEC meeting, and on Saturday I a) do a 200 foot bungie jump off a bridge; b) eat stuffed pig like the picture two blog posts ago; c) Colombia plays Uruguay.