Walking through Doge’s Palace, you feel like you’re in a music box. 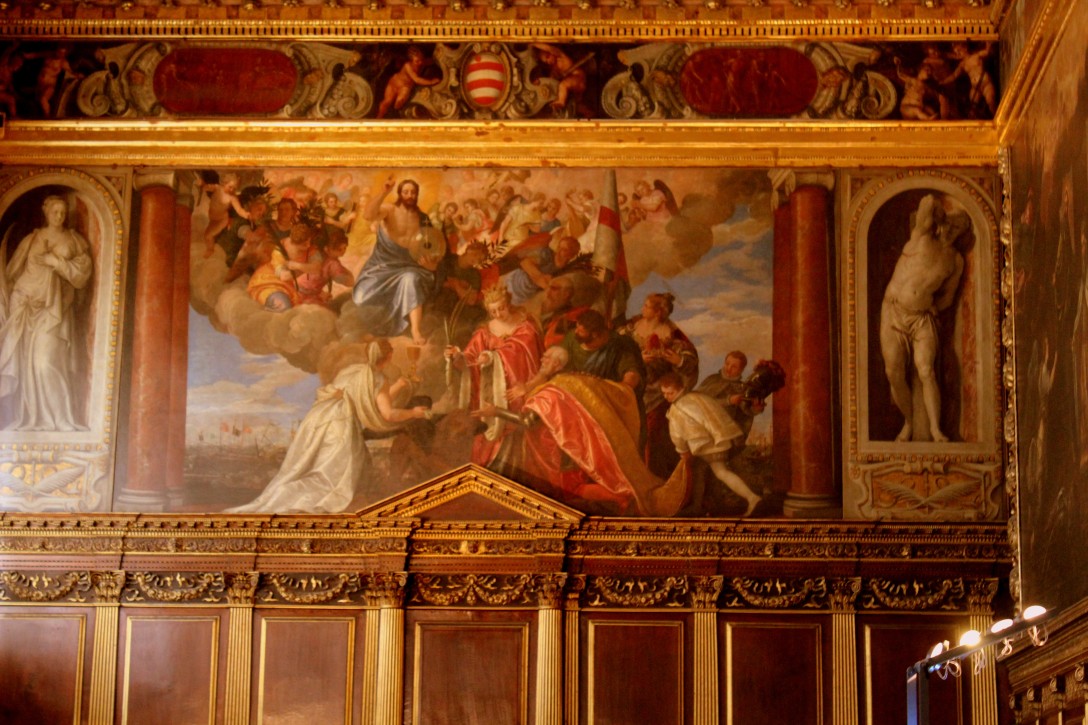 I tried to remember the function of all the rooms we passed through, but after about 25 rooms I gave up trying to remember. 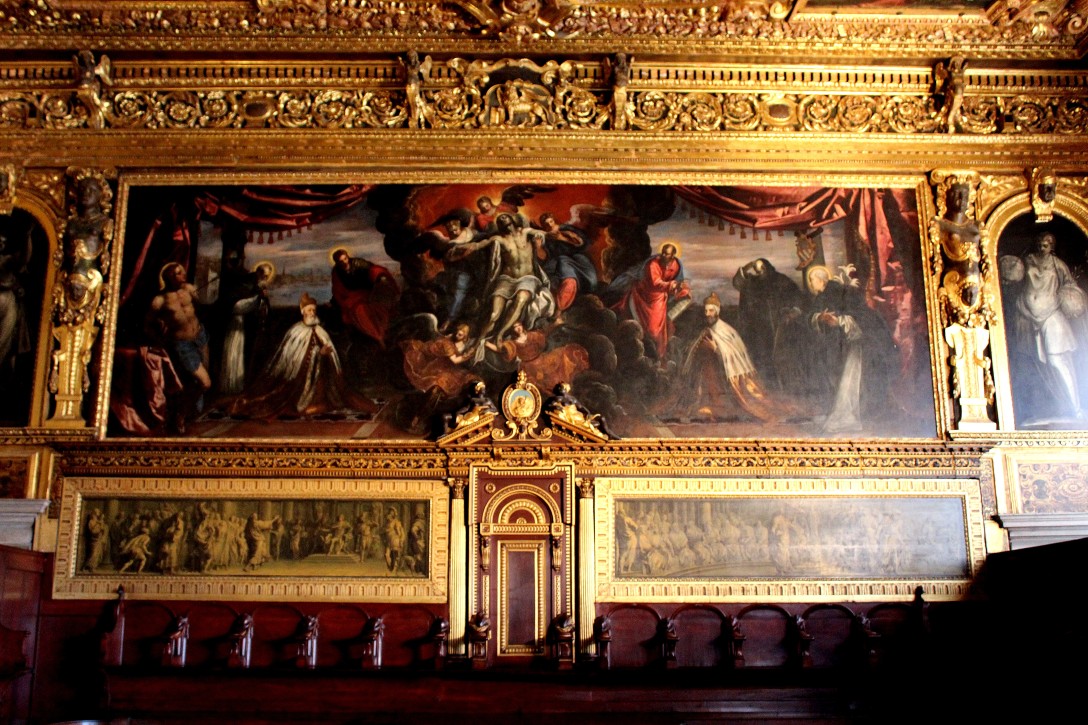 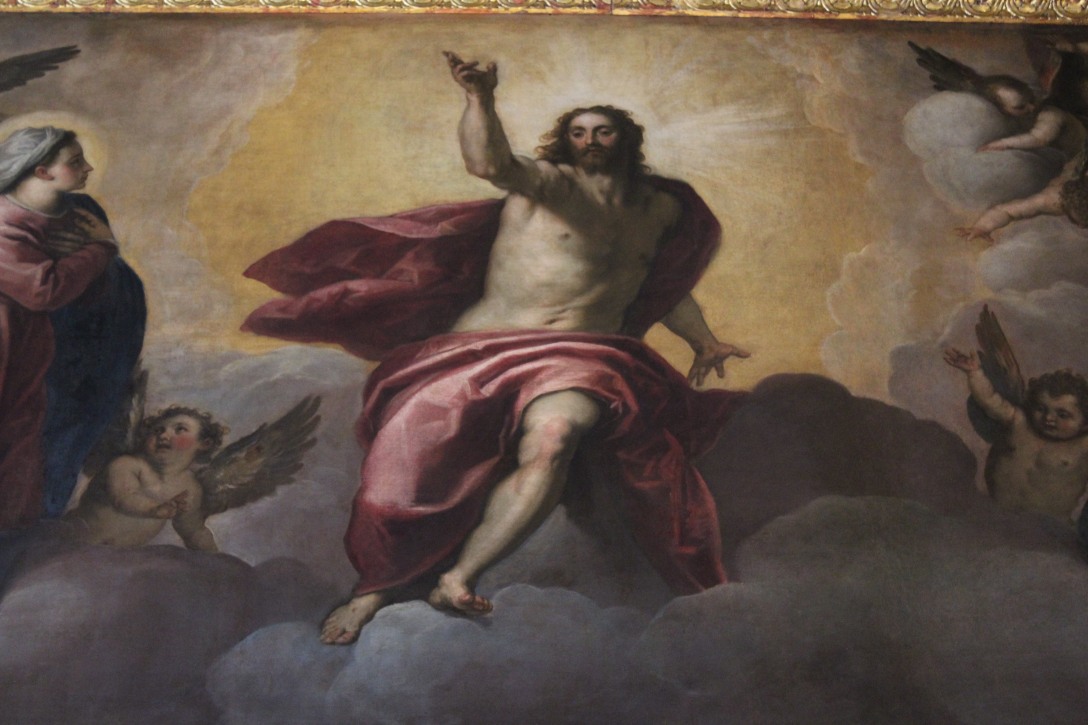 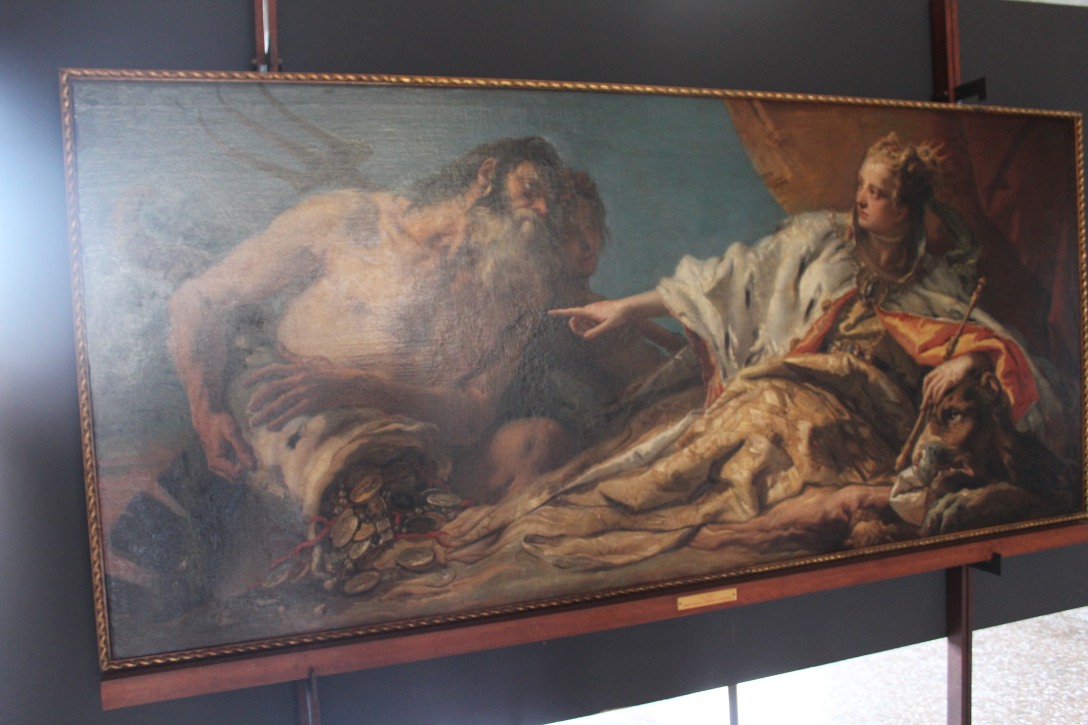 If there aren’t golden moldings or oil paintings, there is an abundance of wooden carvings.

We passed through the armory exhibit, full of swords, guns, and armor for humans and animals. Though I couldn’t find a two-hand sword like Ice (much less, of Valyrian steel), I did pick out my favorites. 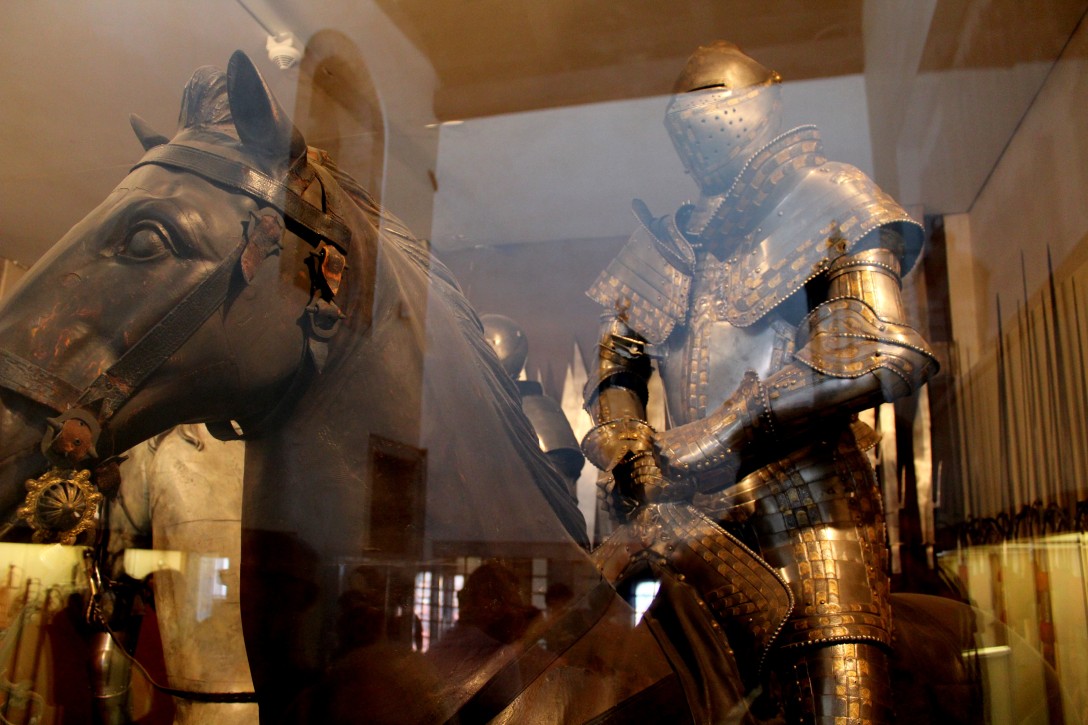 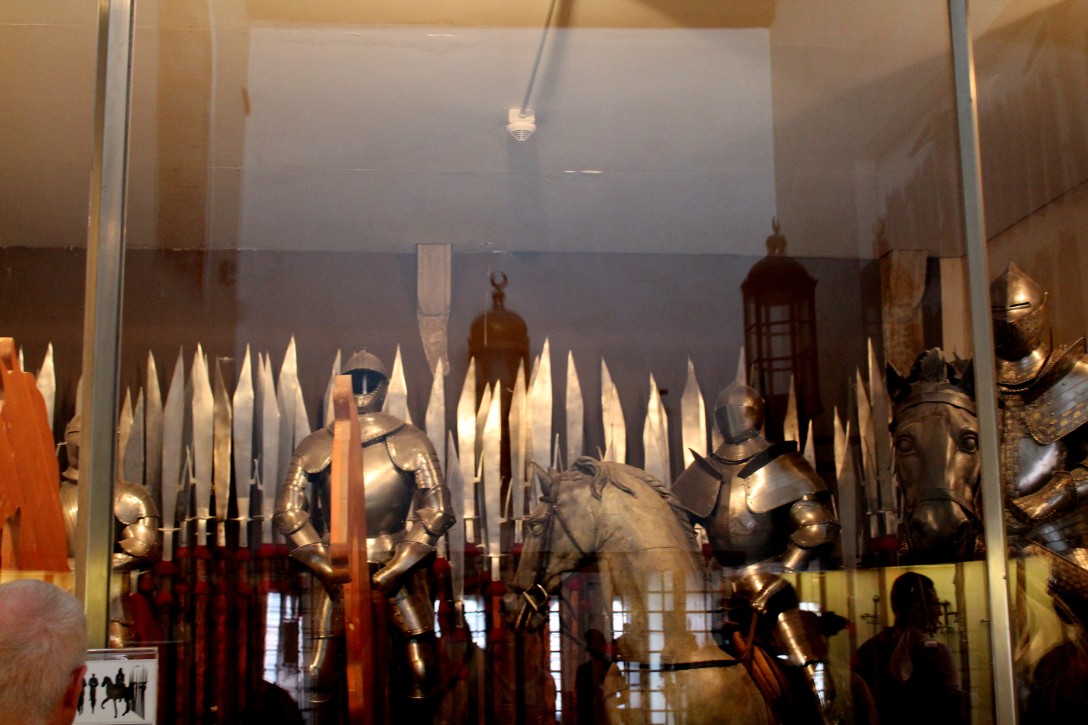 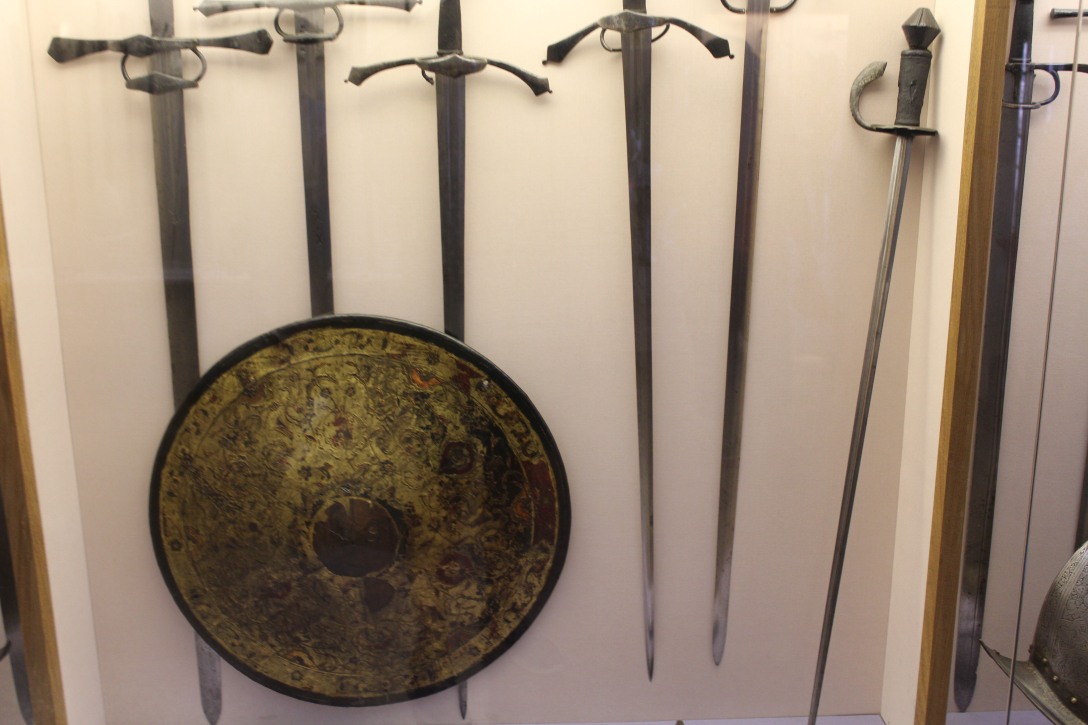 I tried to look intimidating… and failed miserably. 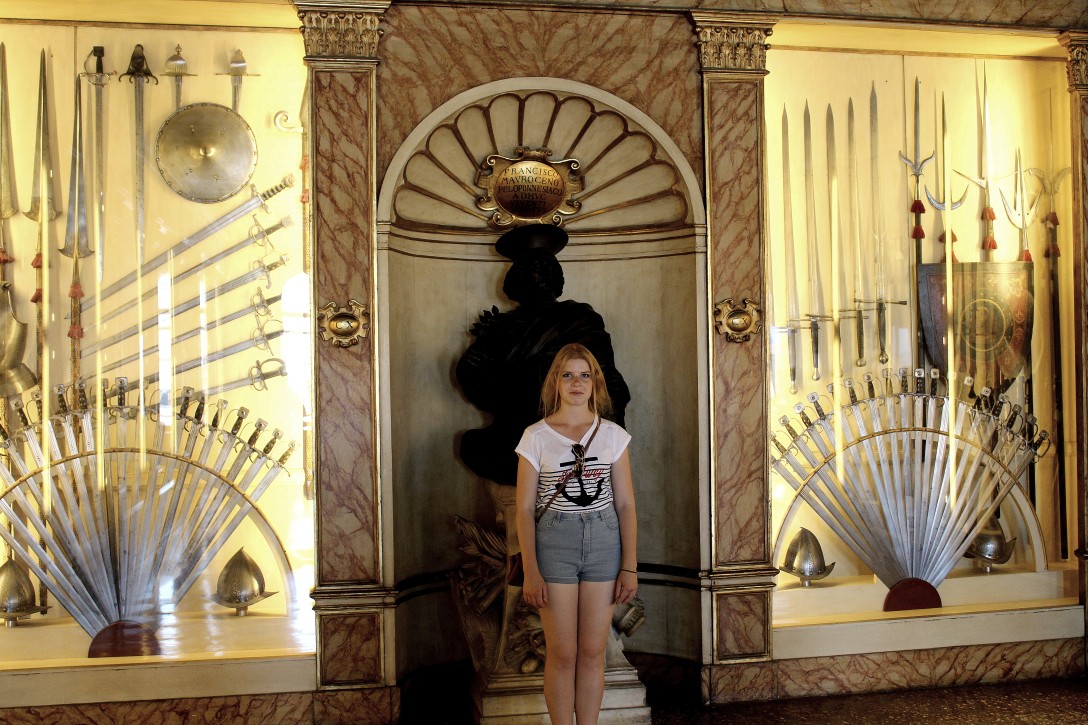 A small (read: infinitesimal) breeze drifted in from the harbor:

And we amused ourselves by playing my second-favorite game, Classic Art Charades.

My first-favorite game is Caption That Classic Artwork. Usually it includes, “booty got me like,” but not always.

The next picture is of unfinished frescoes. I’m not really sure how they detached them and placed them on canvas, but I’ll ask Google later. 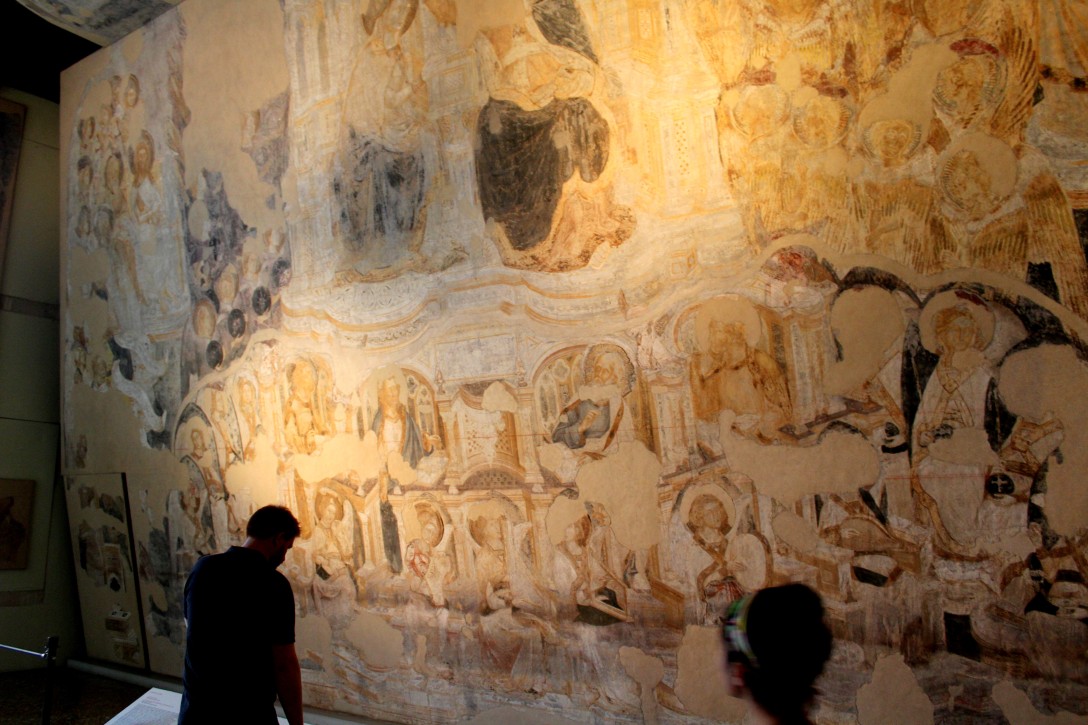 And this guy just looked like Pycelle. It’s no secret that G.R.R. Martin modeled the religion of the Seven after Catholicism.

Then we turned a corner and entered one of the largest rooms I have ever seen. The main room of the Palace is one of the largest single rooms in Europe (I don’t think Russia counts here), and is staggeringly massive. Every inch of wall is covered in priceless artwork, and the entire front wall is taken by one piece of work, Tintoretto’s famous Paradise. 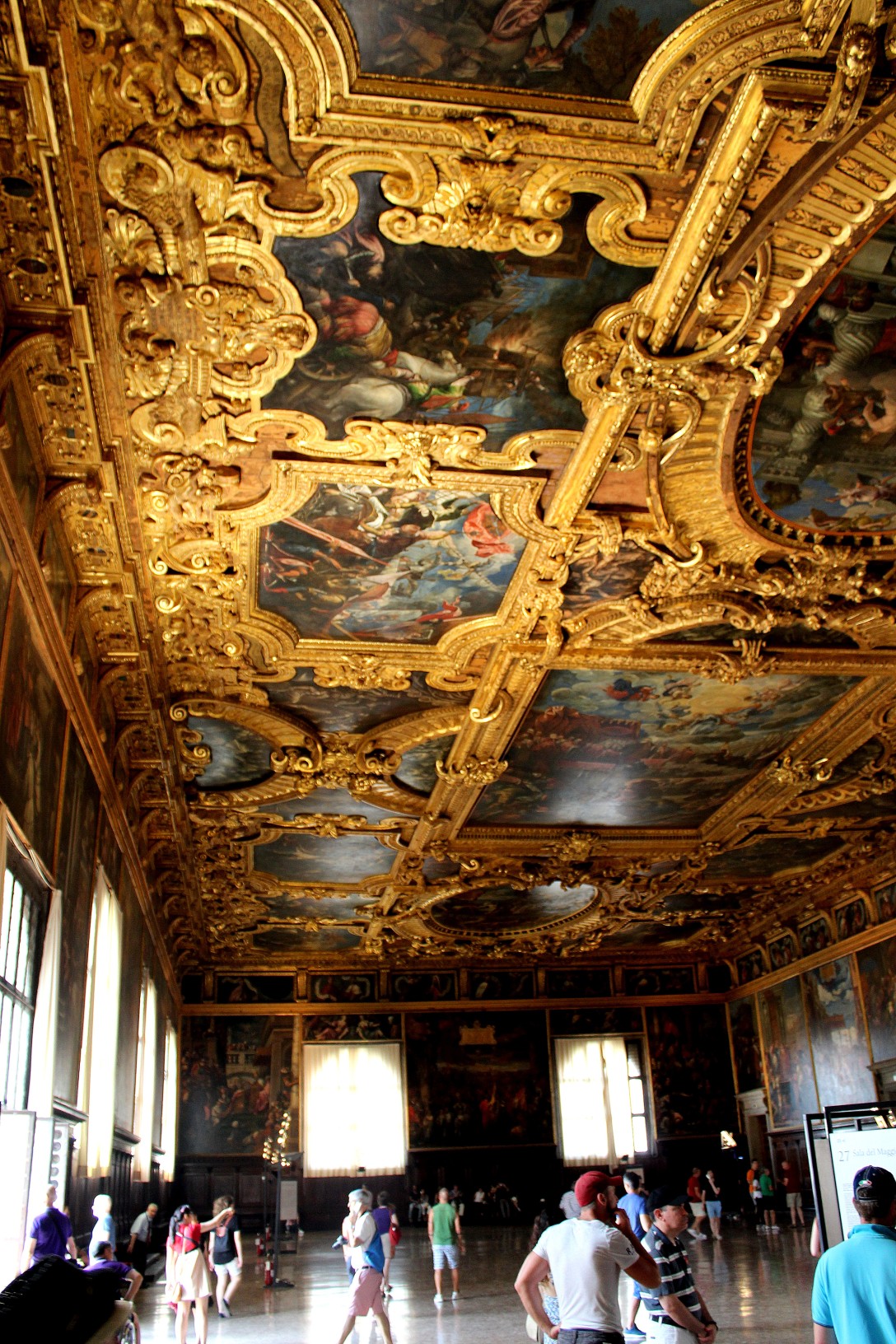 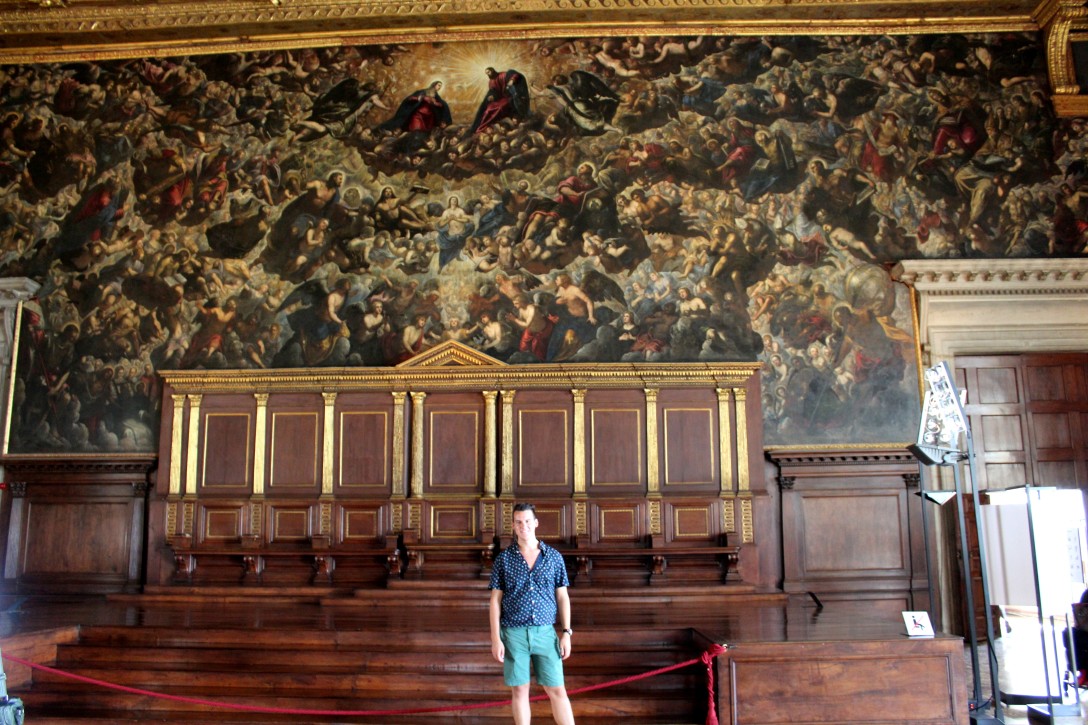 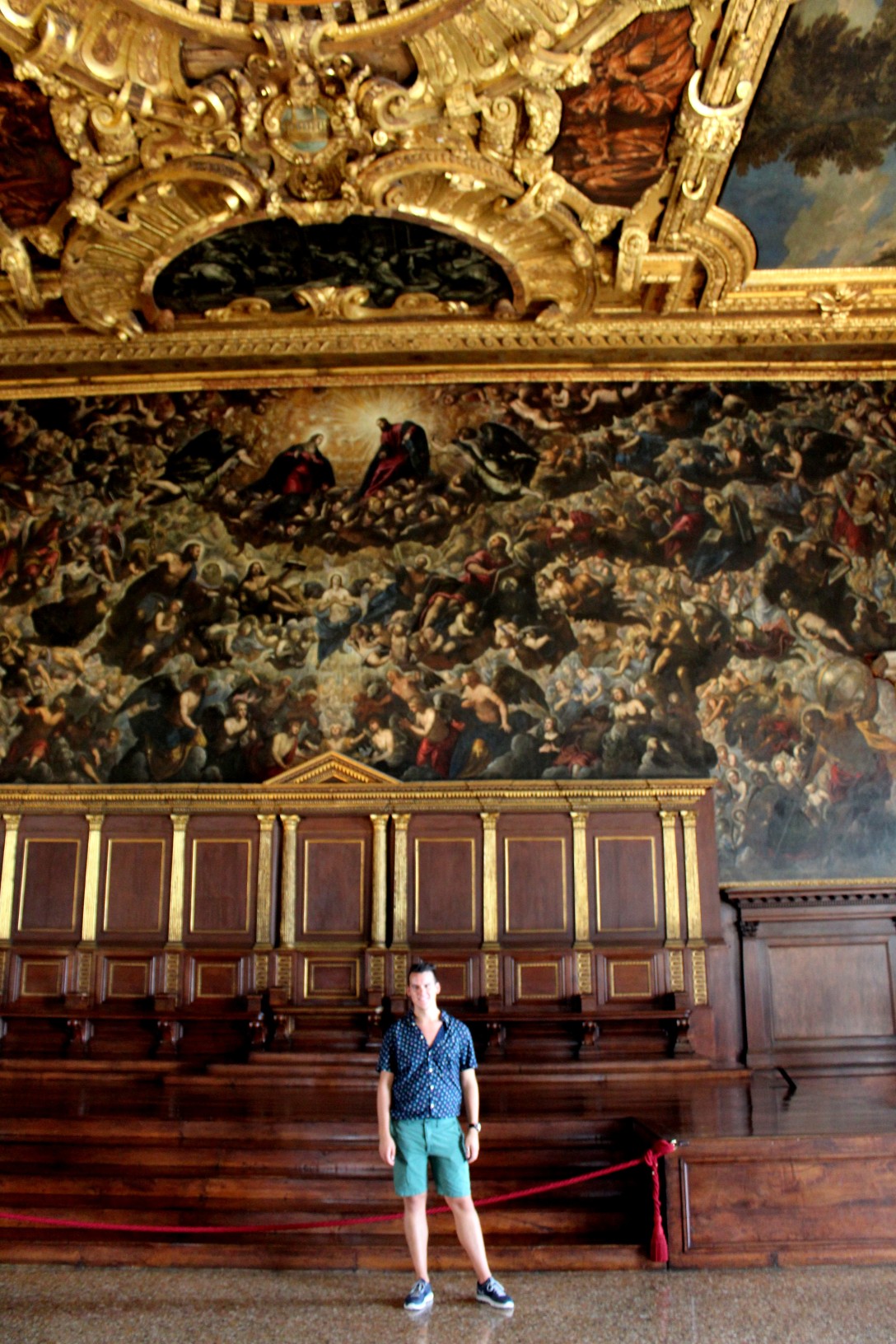 If this experience with art taught me anything, it’s that the brand of Christianity in Renaissance times and before was absolutely terrifying.

(Well, it still is terrifying, but at least you don’t visually have demons eating people because they sinned). 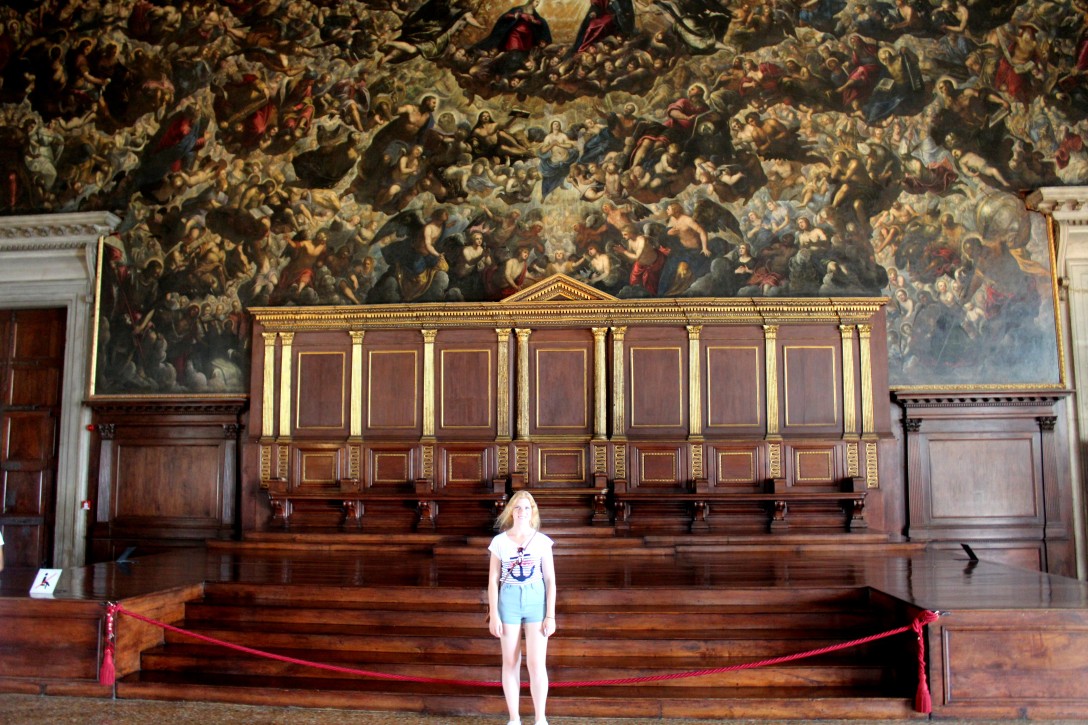 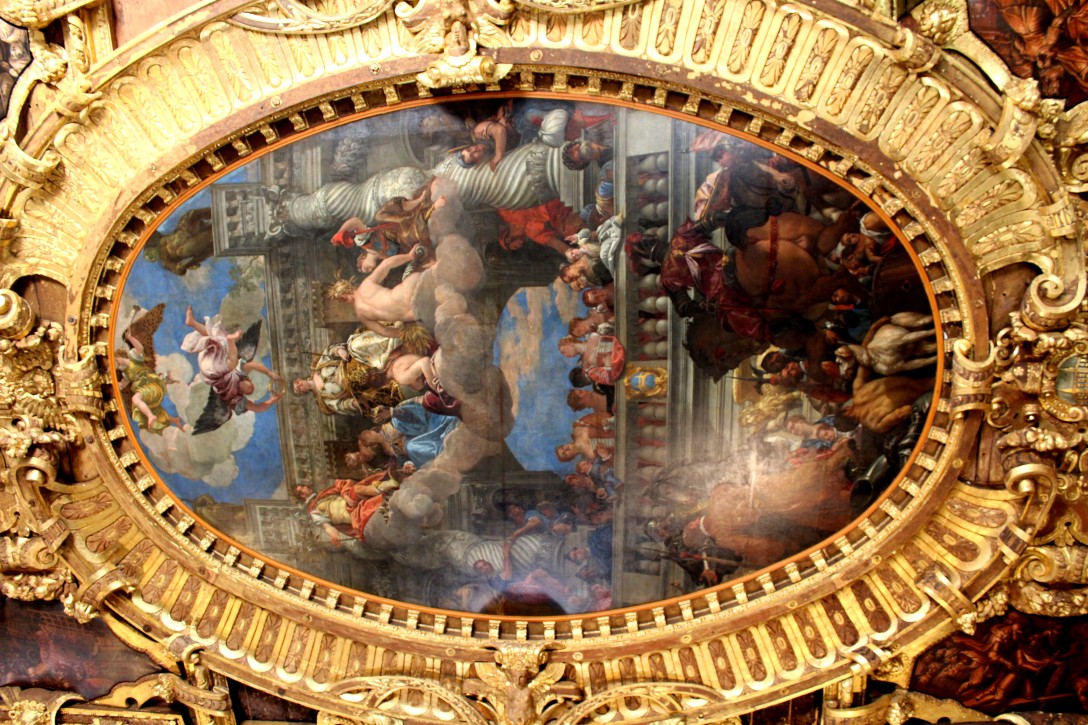 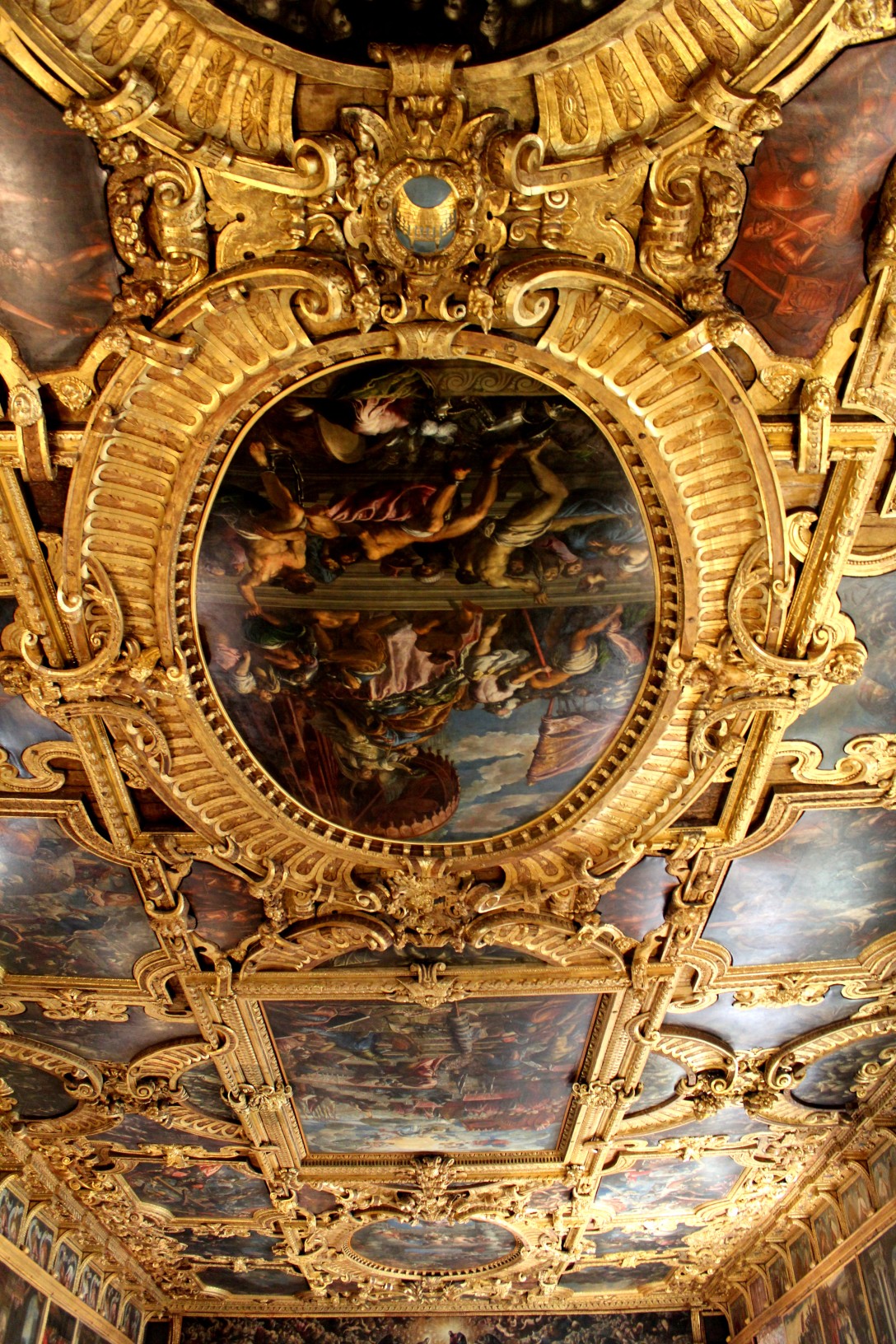 Someone was having a private event later in the next room- Tintoretto didn’t complete his work with the help of metal scaffolding and floodlights. 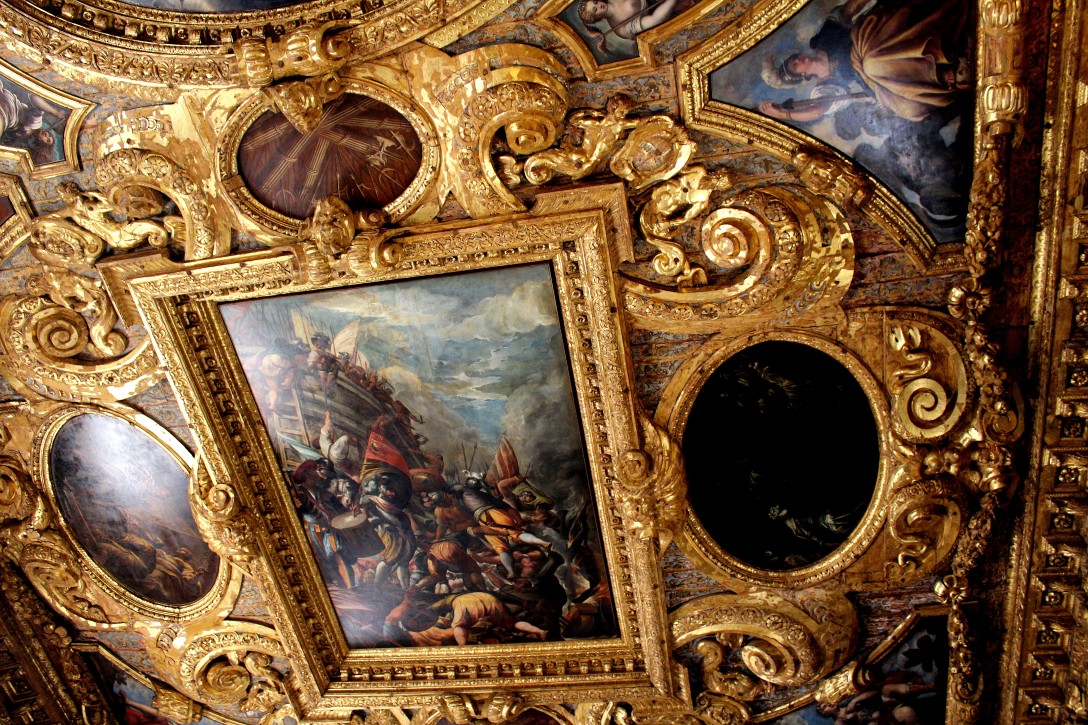 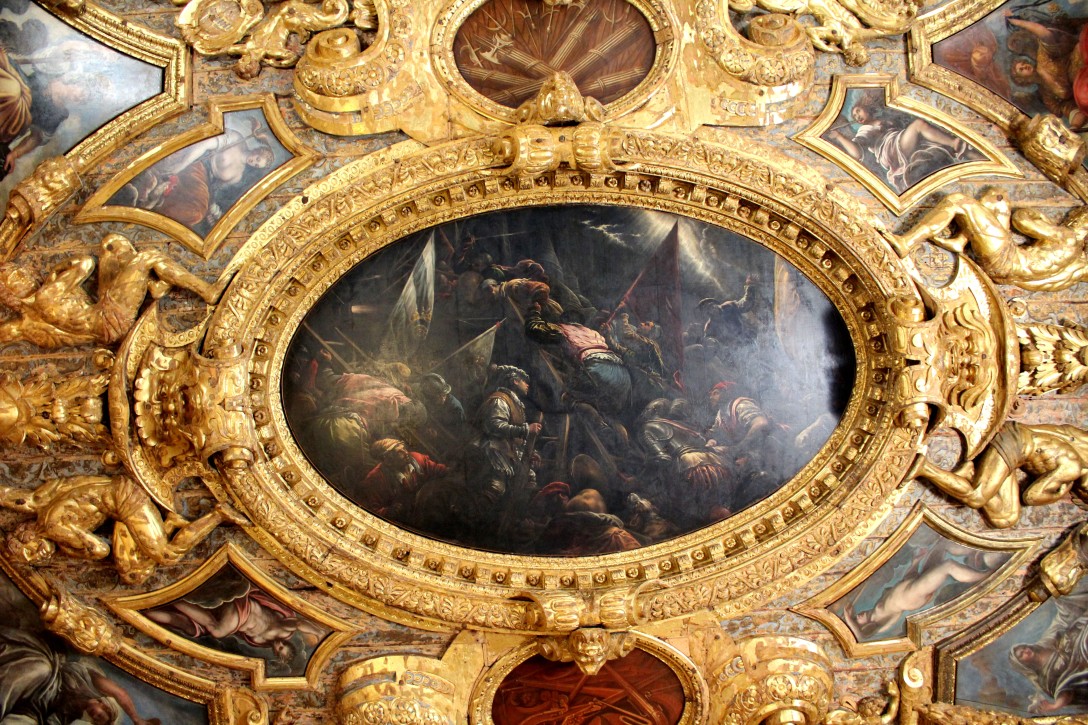 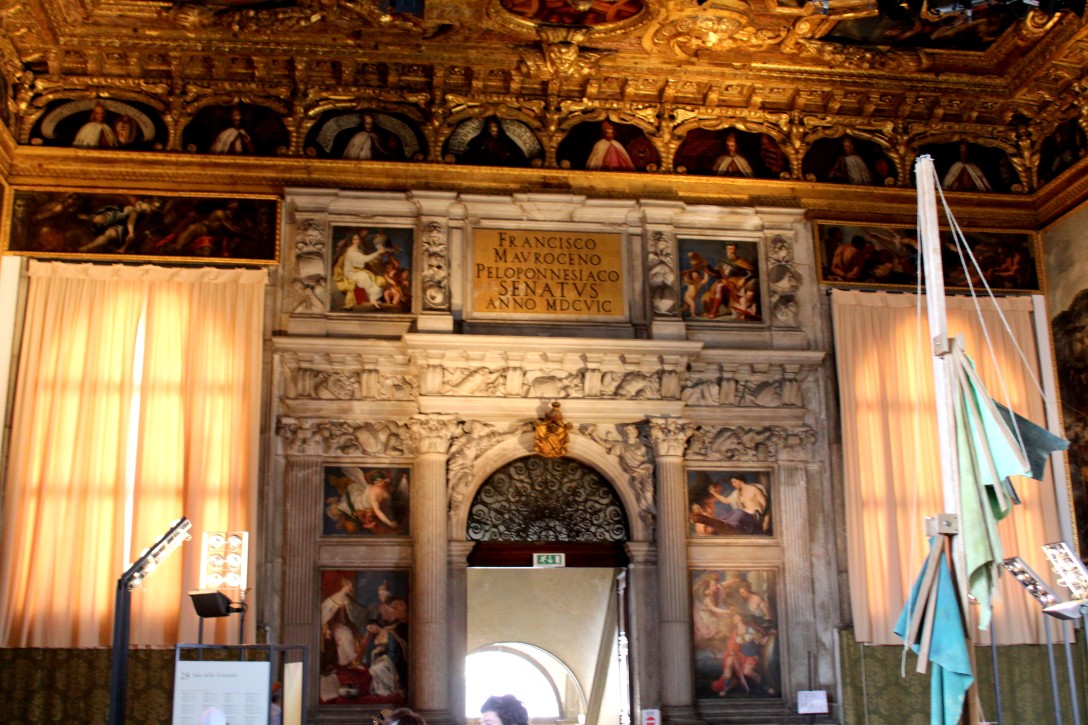 One of the best lessons I ever had, in fact, was in World History in 9th grade. We were learning about Renaissance artists and the teacher made us come, one by one, to the front of the room, where we had to lay on the floor on our backs under a chair. She gave us a piece of paper, some paint, and a brush, and told us to hold the paper to the bottom of the chair above us and paint a picture.

I’ve since had the greatest respect for Renaissance artists, even if not all of them spent four years painting on their backs like Michelangelo did. 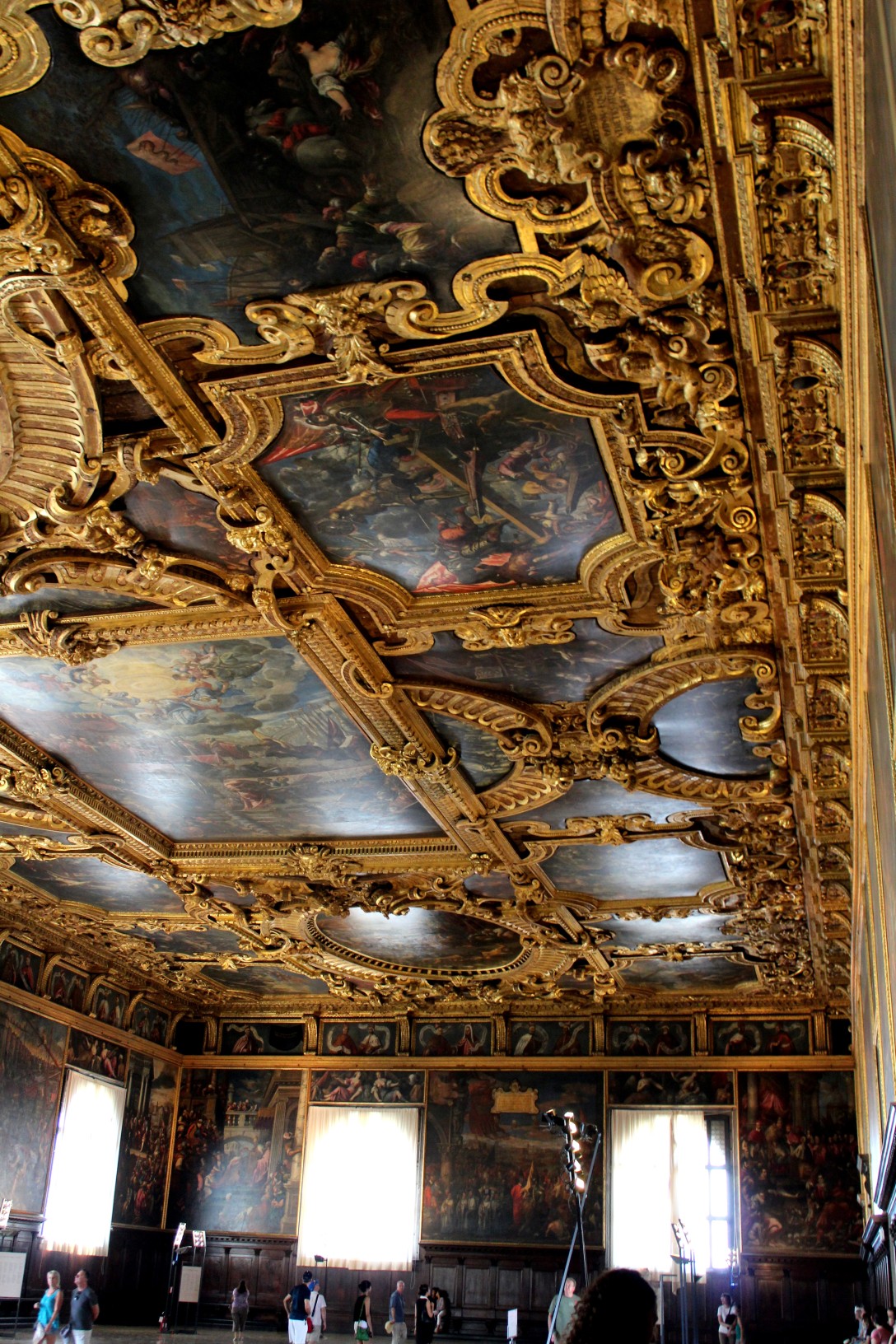 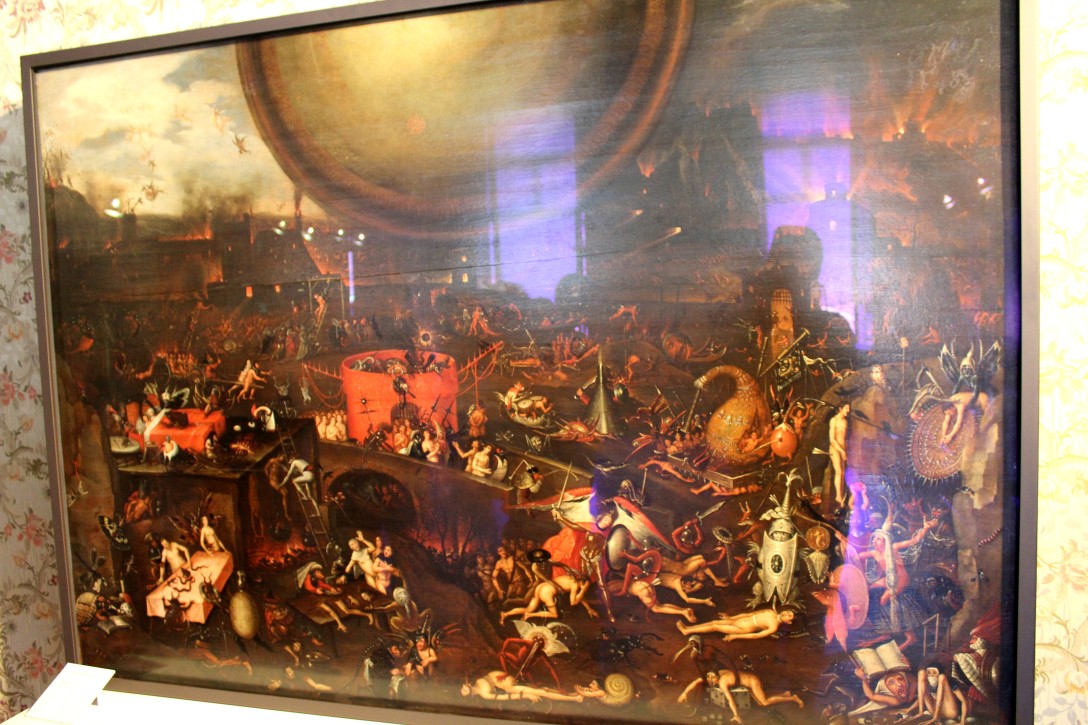 (See all the dead guys?)

Afterwards, we headed to the dungeons, through the Bridge of Sighs. It was called that because, as prisoners headed over it to the dungeons, it was perhaps the last time they’d see the canals and the outside world of Venice in their lifetimes. Knowing this, they sighed as they were led through the hallway to their fates. 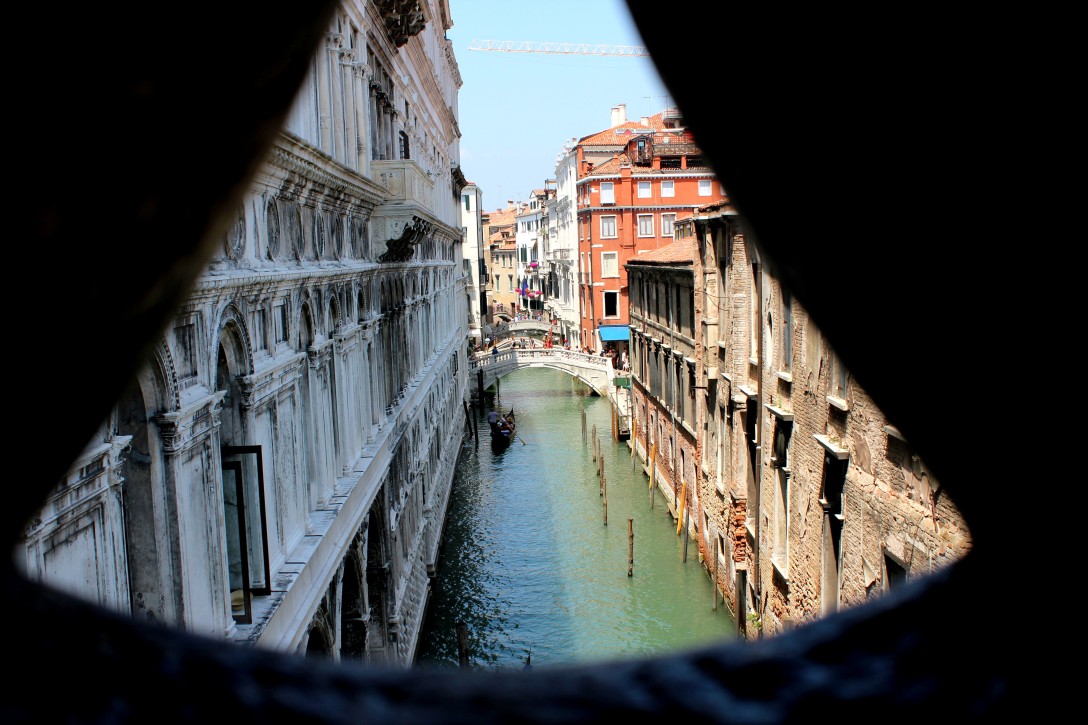 Suddenly, there was no gold. 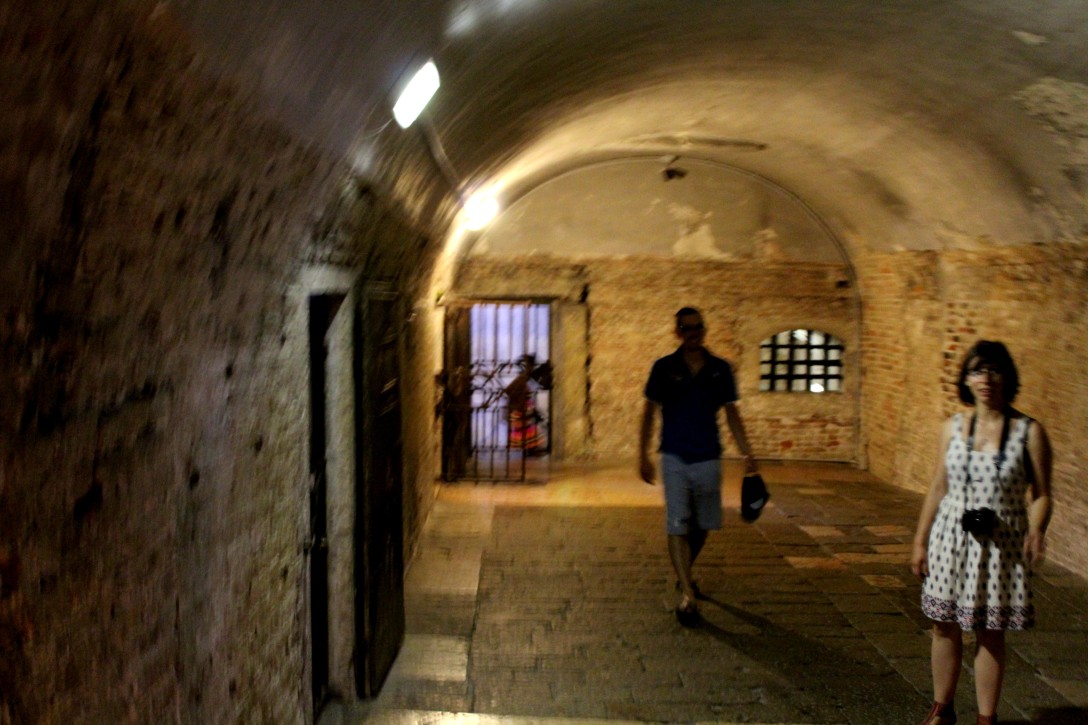 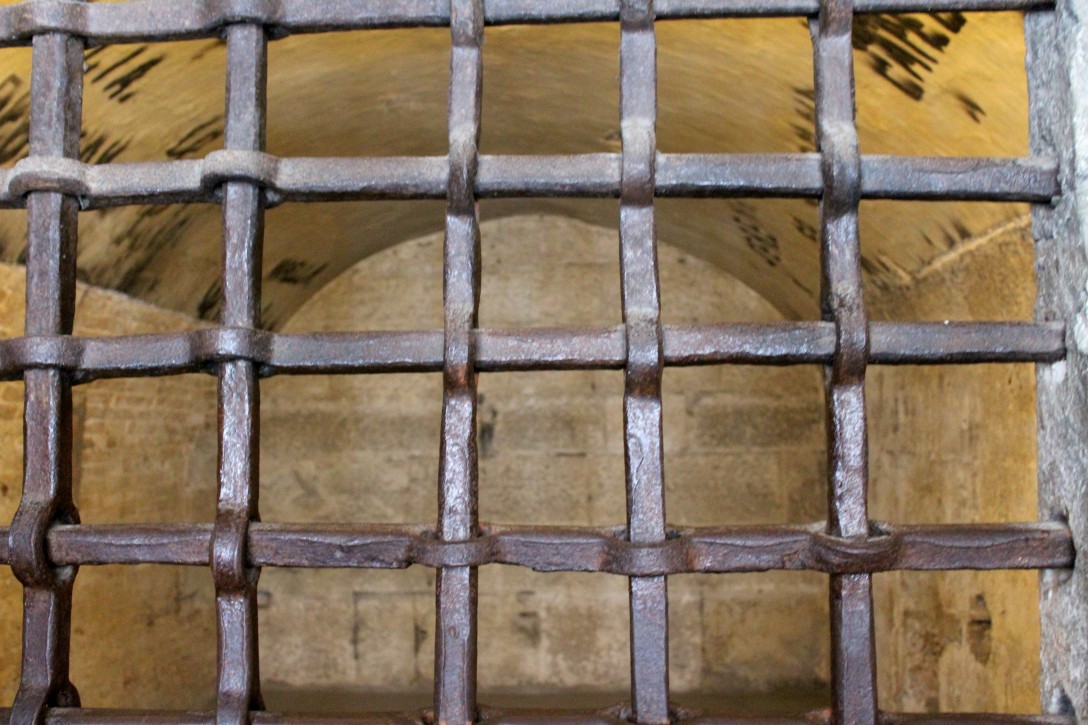 These are the beds they slept on, if they were lucky enough to have beds:

And you could frequently see prison drawings. 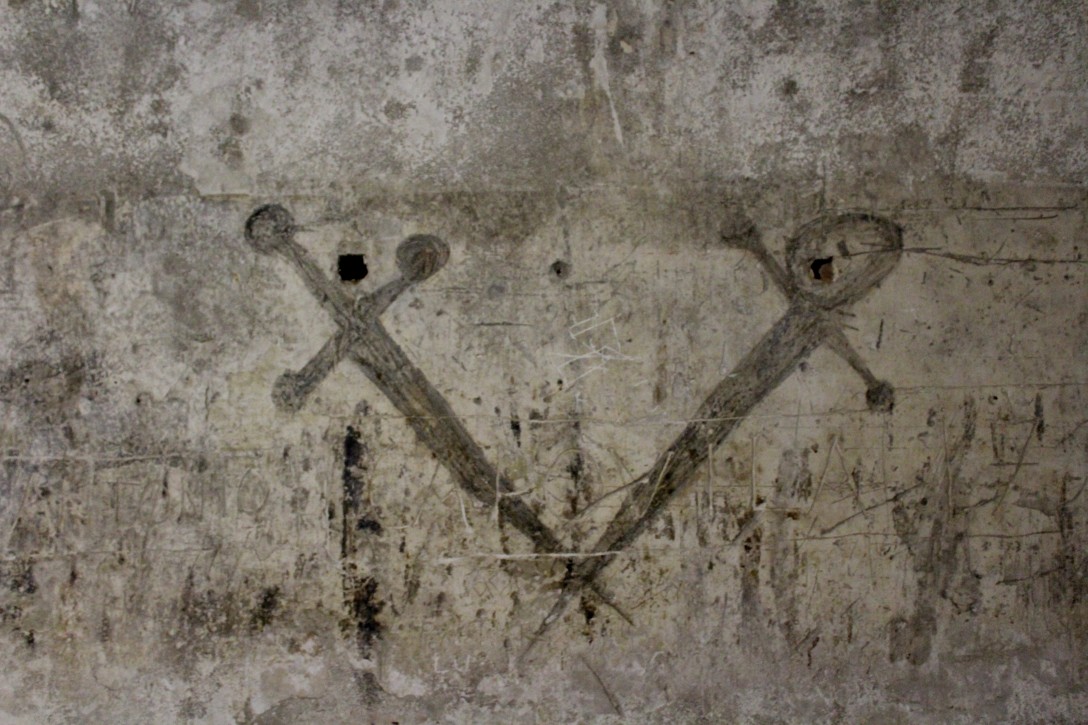 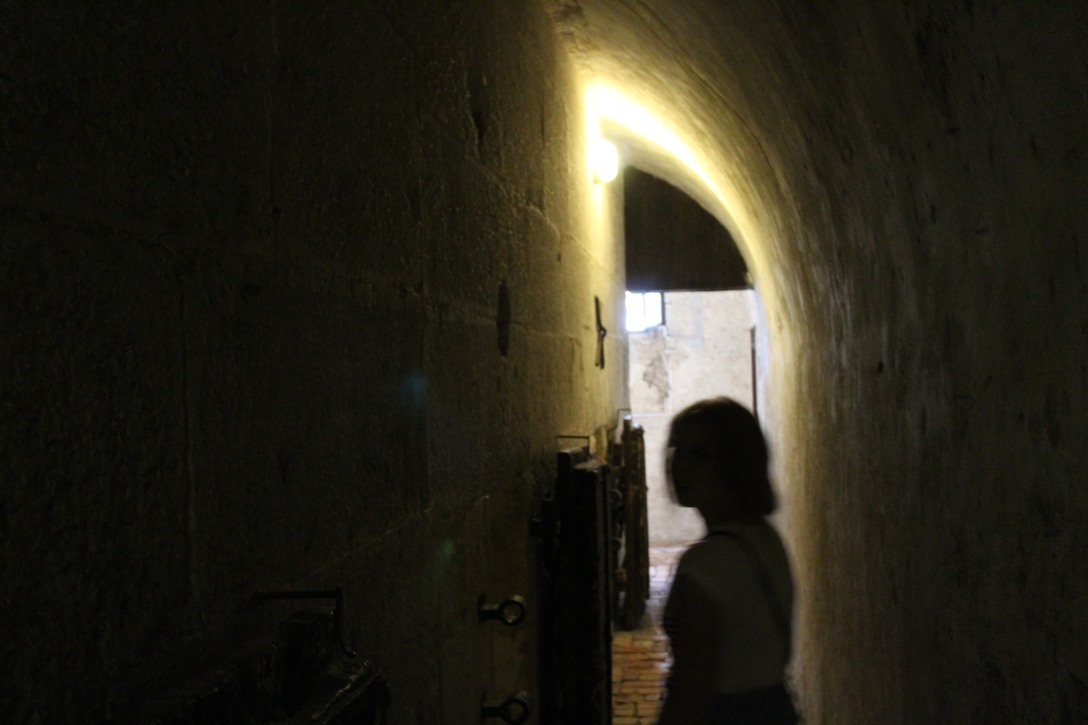 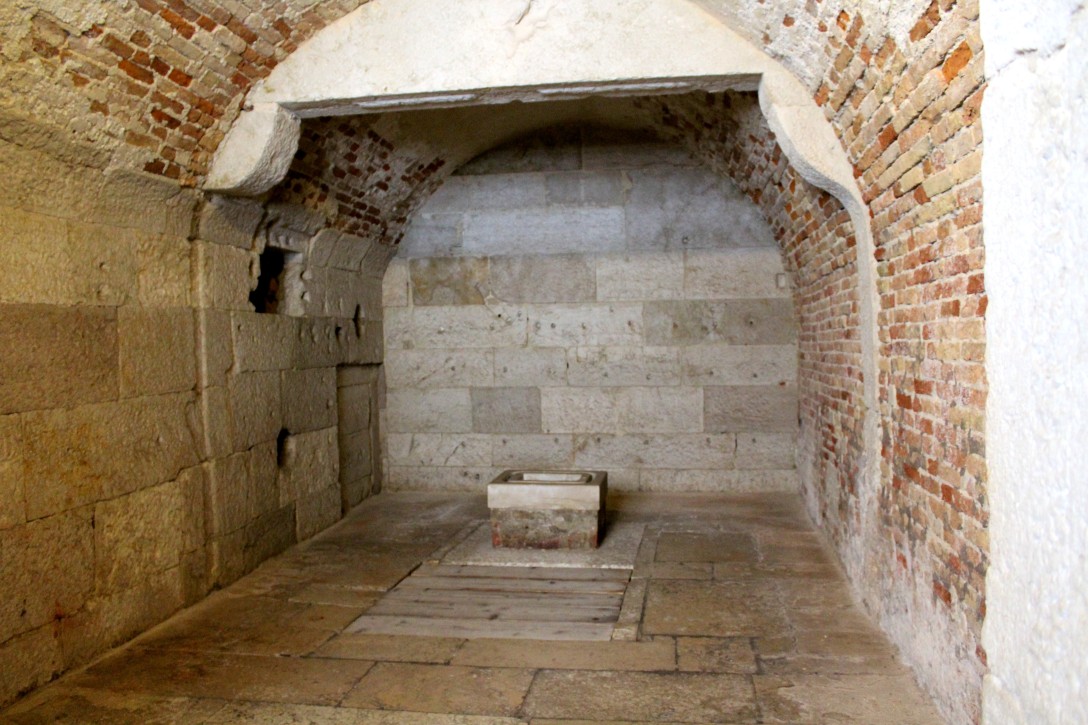 After quite a while in the labyrinth of Doge’s Dungeons (alas, no dragons or trolls), we headed back across the Bridge of Sighs and out of the exhibit.

(Look at all the tourists!)

Naturally, we ended by being funneled through a gift shop and photo op. You’ll also be funneled through a cafeteria, but don’t succumb- it will have taken you long enough to be hungry, but hold your hunger until you can get legitimate Venetian food, and not Doge Tourist Fare.

Until tomorrow! Only one more exam left for me 🙂