This blog, however, hasn’t followed my travels on-time, and so will continue until I finish my pictures. Croatia didn’t have phenomenal wifi and I was too busy basking in the shadow of King’s Landing, so you’ll see those pictures as soon as I finish my time in Bosnia.

For now, however, I have to finish my time with Justin in Venice! (Justin’s currently traipsing Austria with his boyfriend, and I’m sure will have a post about that when he returns to the USA next Friday 🙂 )

After the Doge Palace, which takes multiple hours if you do it correctly, we were quite hungry and stopped for pizza along the coast. 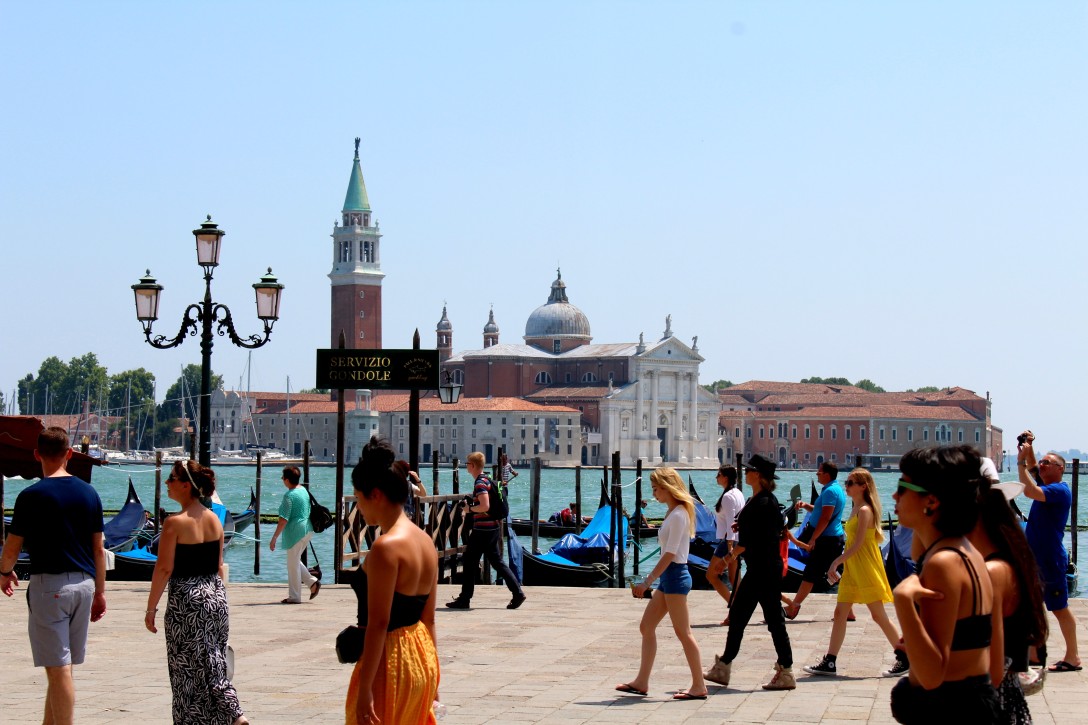 Followed, of course, by a stop at a bakery.

In Venice the flowers cascade down the buildings as you’d imagine they might in Rivendell, and if you go out of your way and beyond the tourists, you’ll run into fruit and vegetable stands with the most delicious fresh produce. 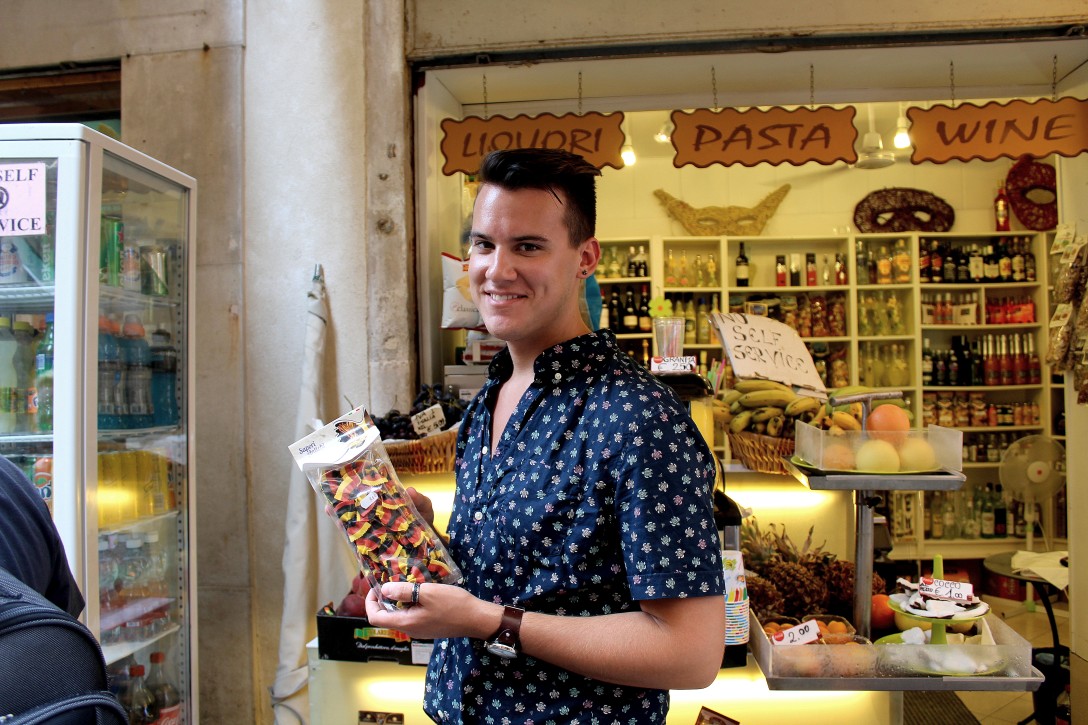 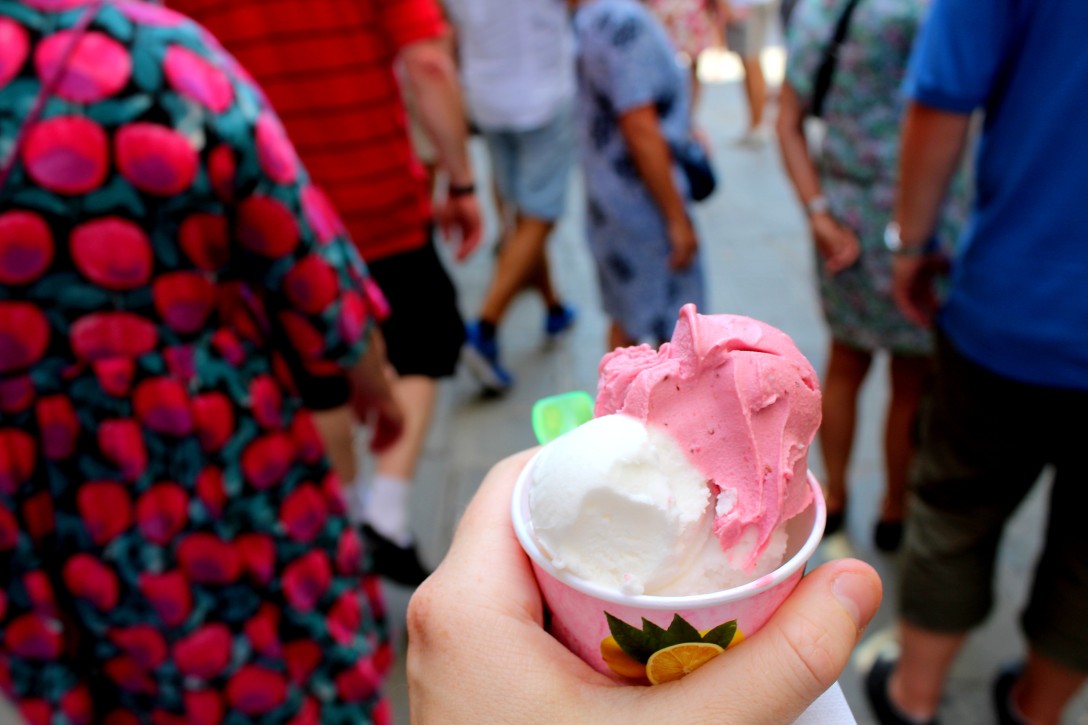 Local musicians play in the streets, and this particular trio played beautifully. 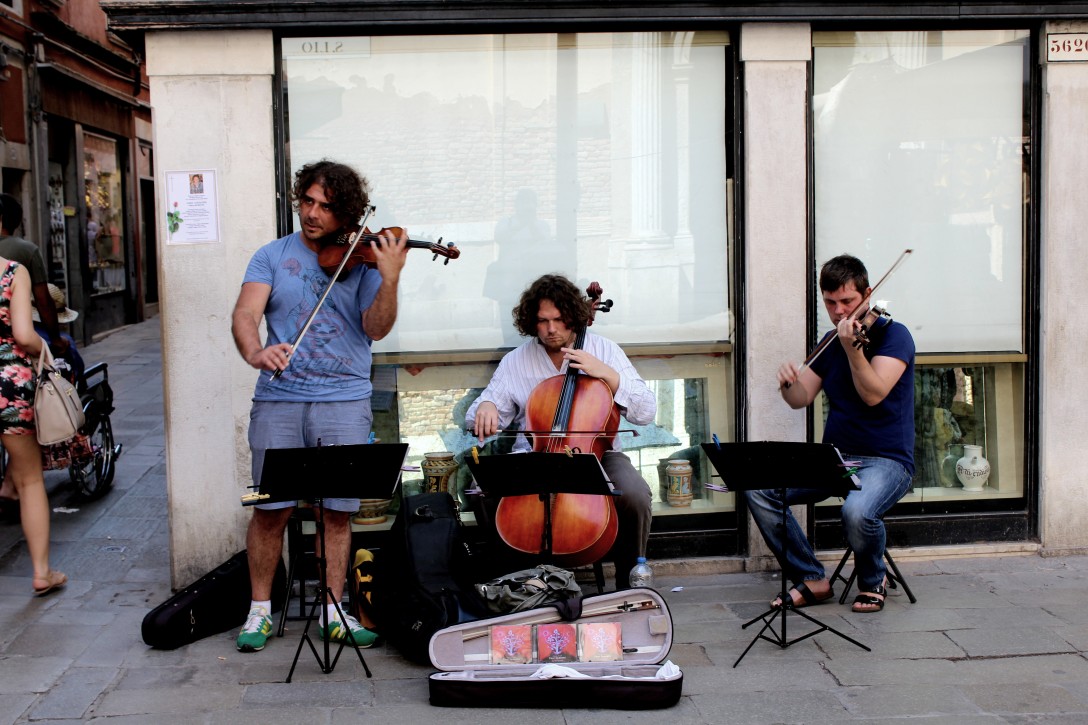 Located, incidentally, in front of a sign pointing us to Croatia and a stand selling grapes floating in ice-cold water (for muggy, hot Venice, this was a welcome snack).

Laundry hangs from the rafters, playing David’s Ladder with the fingers of the alleyways, because very few people in Europe actually use or own laundry dryers. 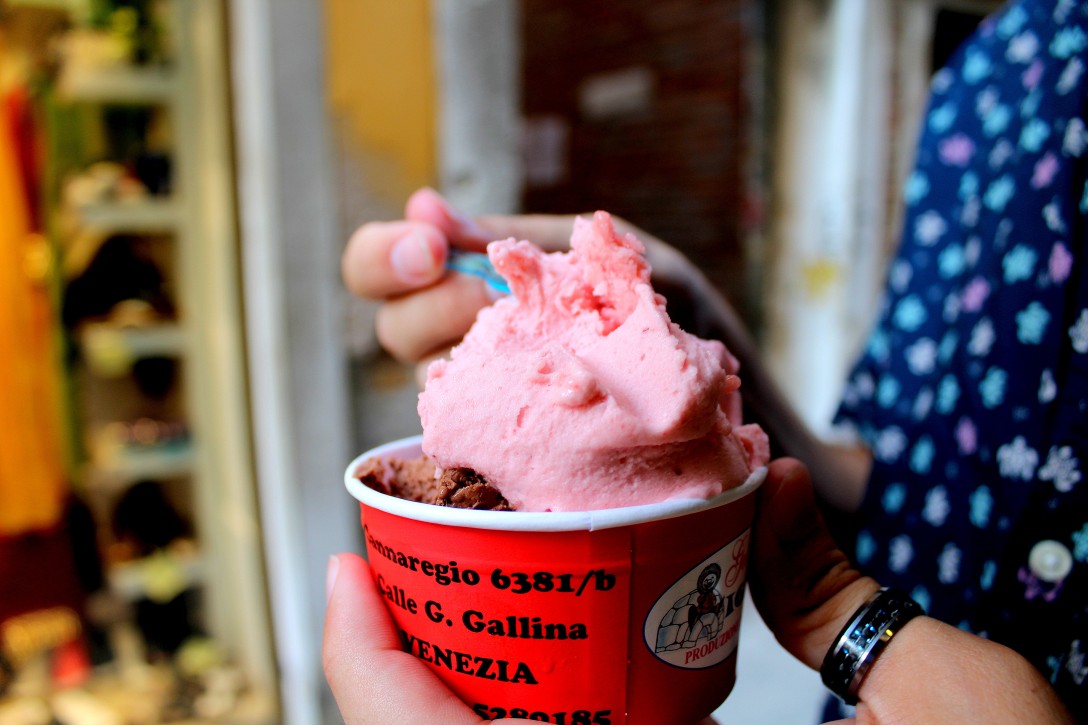 As the sun set over the canals, we headed to see Gallerie dell’Accademia before it closed. The Accademia is an absolute must if you’re in Venice- it houses famous art from Venetians from as early as the 12th and 13th centuries to the 19th century, including wall-size works by Tintoretto, Titian, and Tiepolo, among others.

We stopped beforehand for pieces of fresh coconut by the canal (my absolute favorite).

Pictures aren’t allowed in most of it, but I snapped what I could- as with the other places I’ve shown you, though, if you can get past the tourists of Venice and the heat, the art is worth it to see in person. 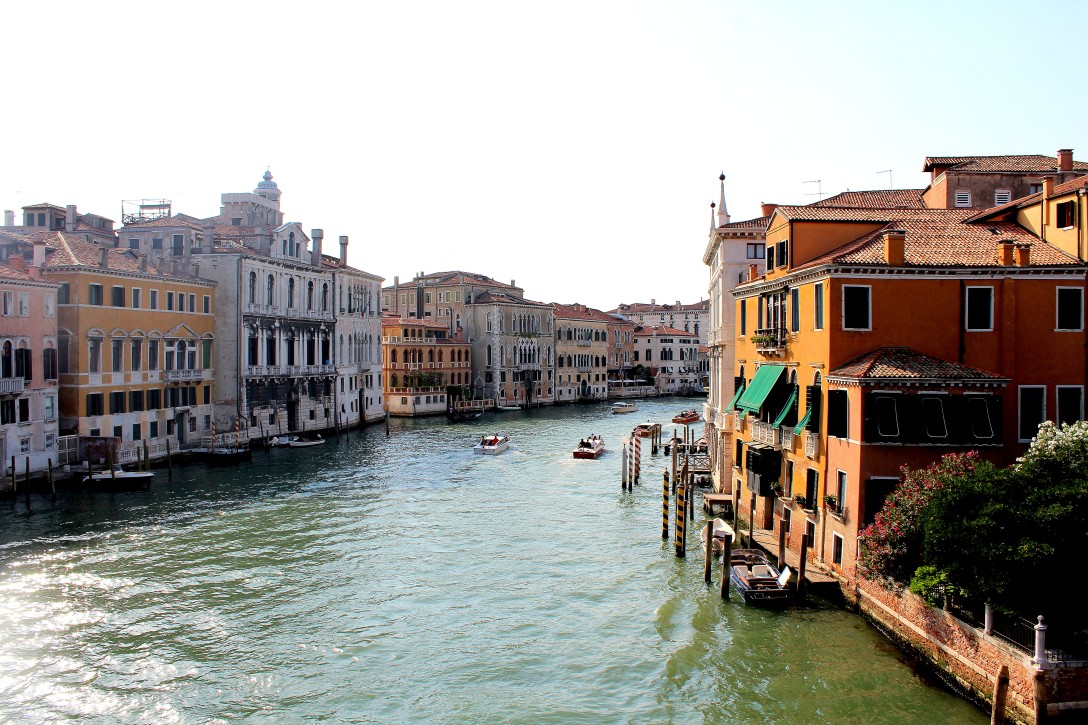 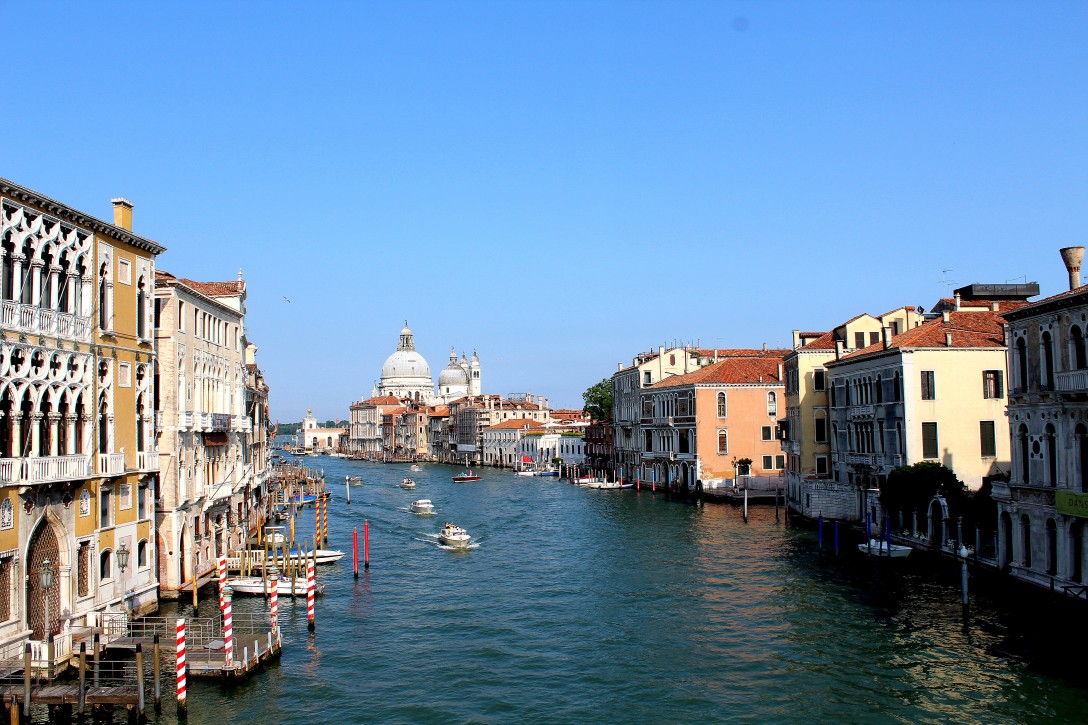 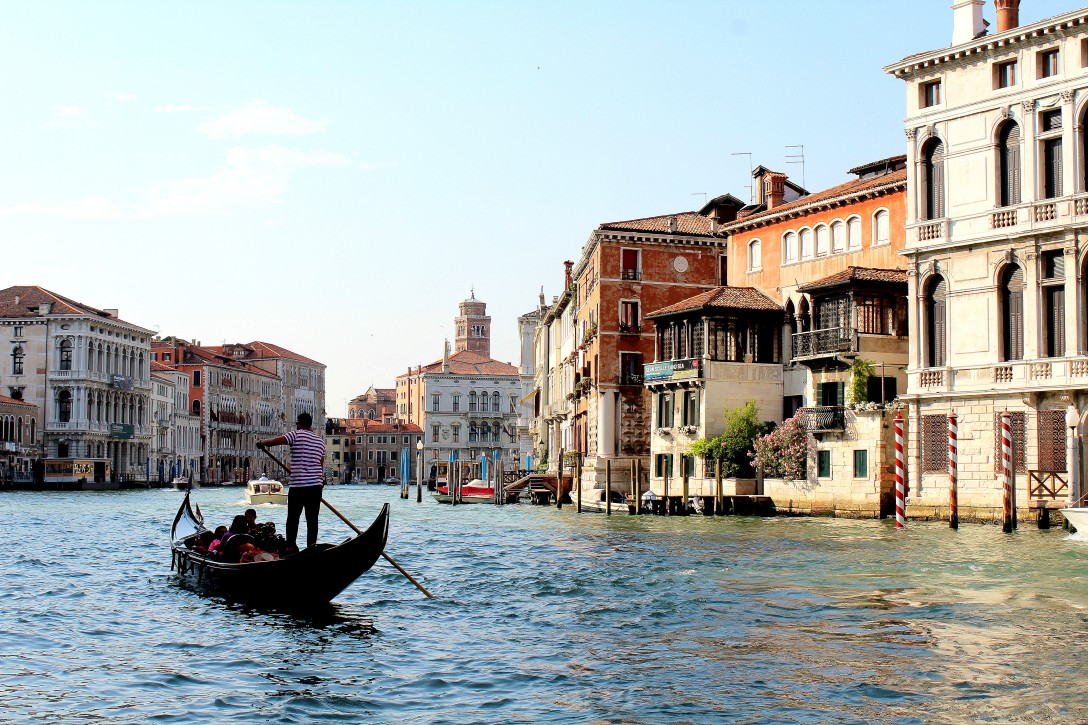 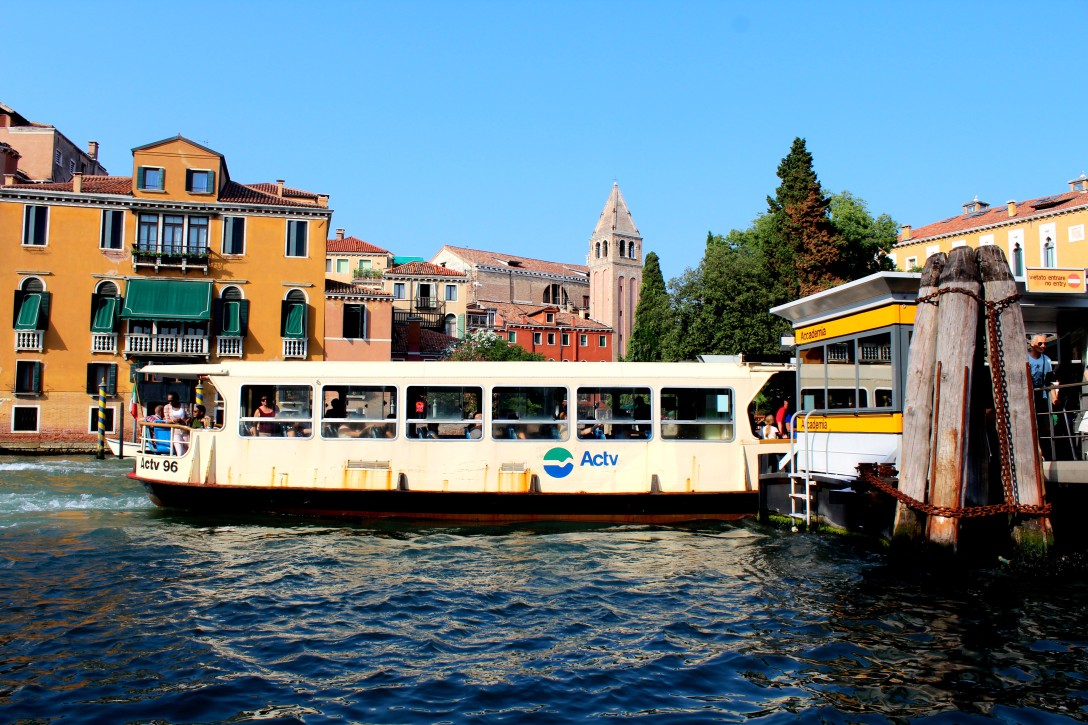 Hungry after a few hours in the Accademia, we headed off for a dinner of cicchetti. . Cicchetti is famous in Venice and can be attributed to it. They’re small, hors d’oeuvres-size appetizers that include bread with various toppings and pickled onions and pancetta, or cherry tomatoes and mozzarella. Served with wine, they’re also something that should be experienced in Venice.

There are a lot of cicchetti gastronomical tours offered, but they were booked and expensive, so we opted for creating our own tour and eating what we found, which worked just as well and saved us each nearly 100 euros.

The first one we went to was arguably the best and the most famous, and also the one with the fewest tourists- always a good sign. Inside was blanketed in wines and, since you can’t eat inside, it was flanked by customers eating cicchetti and drinking wine along the canal it was nestled on. 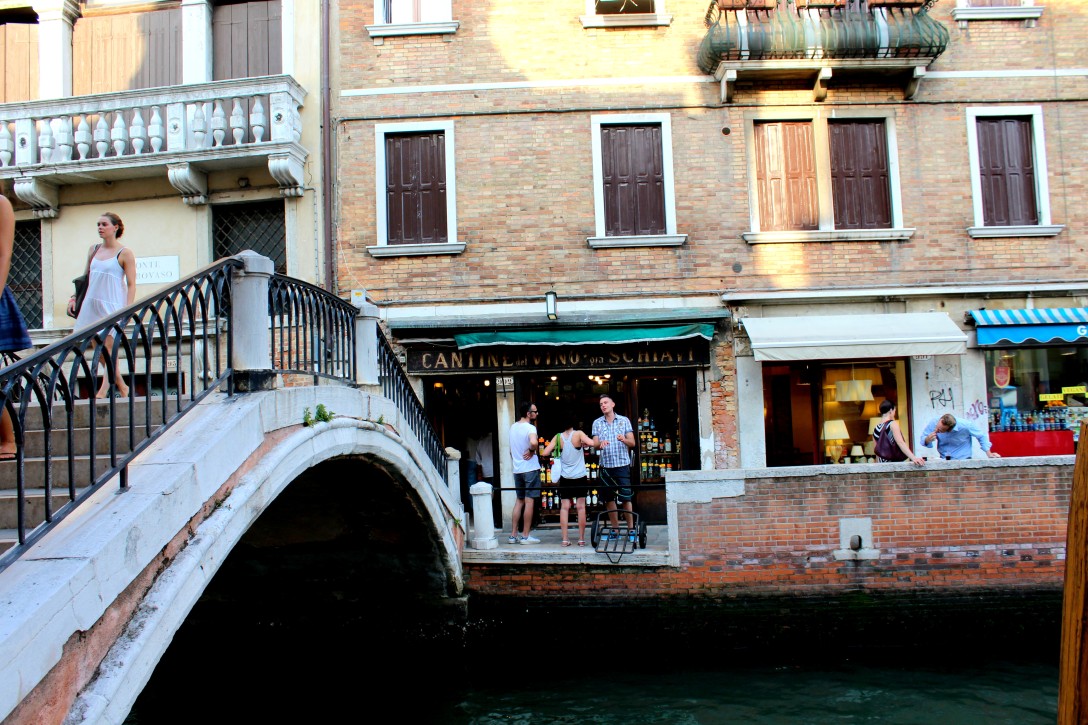 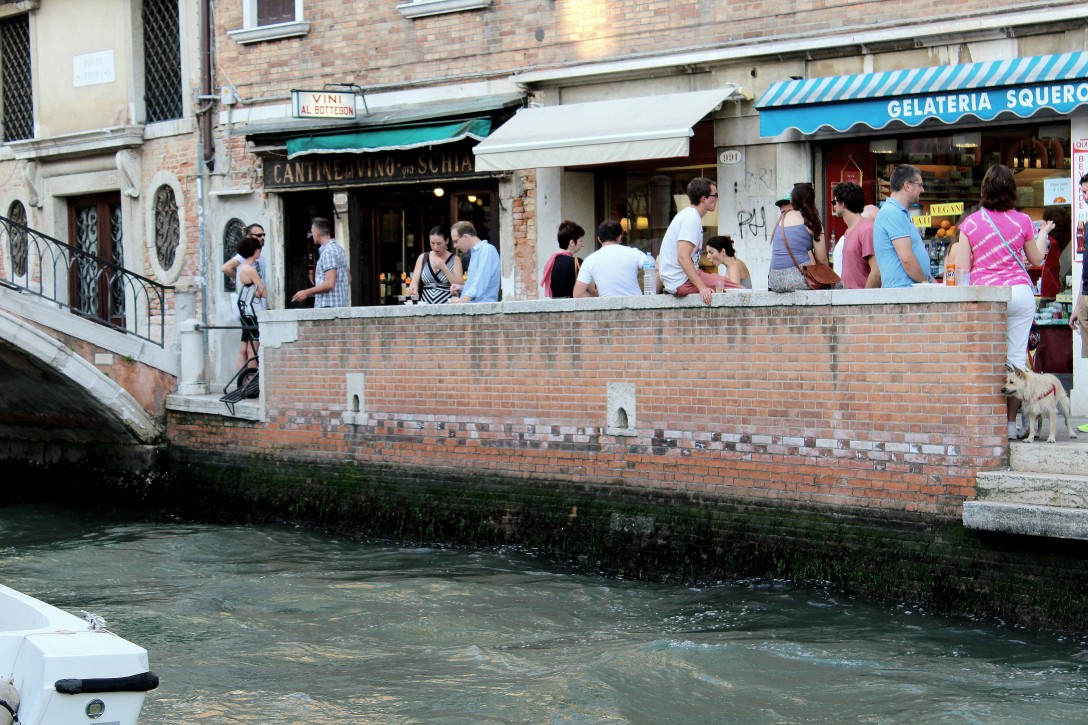 And, because eating pictures are always so attractive, I’ll throw a few in for funsies. 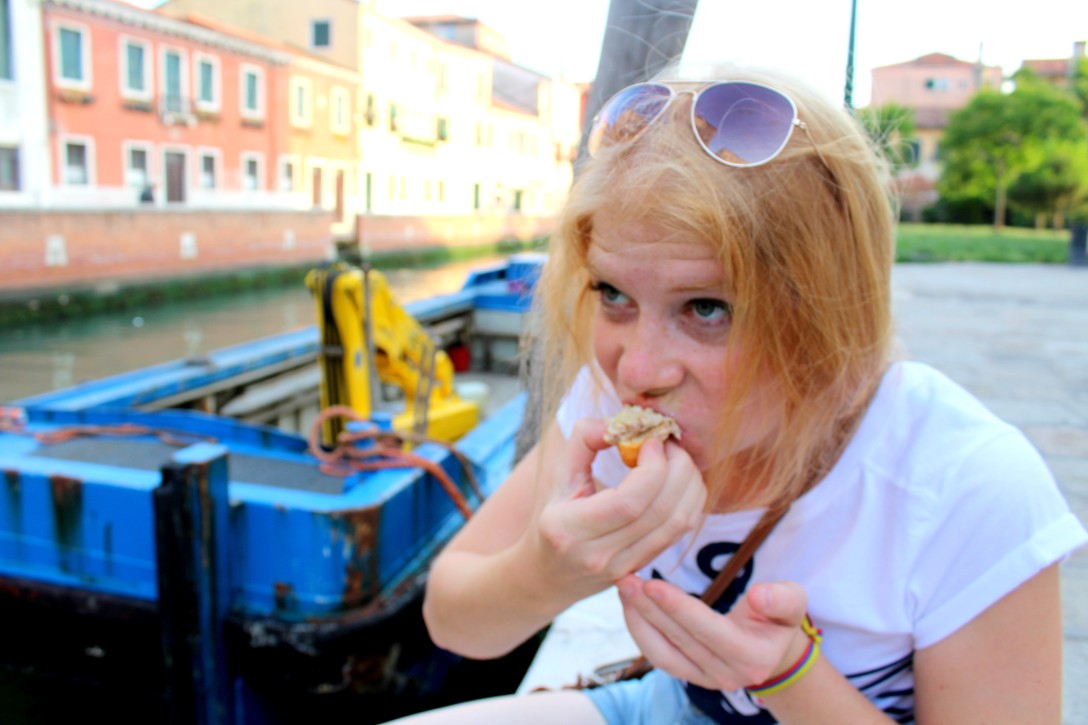 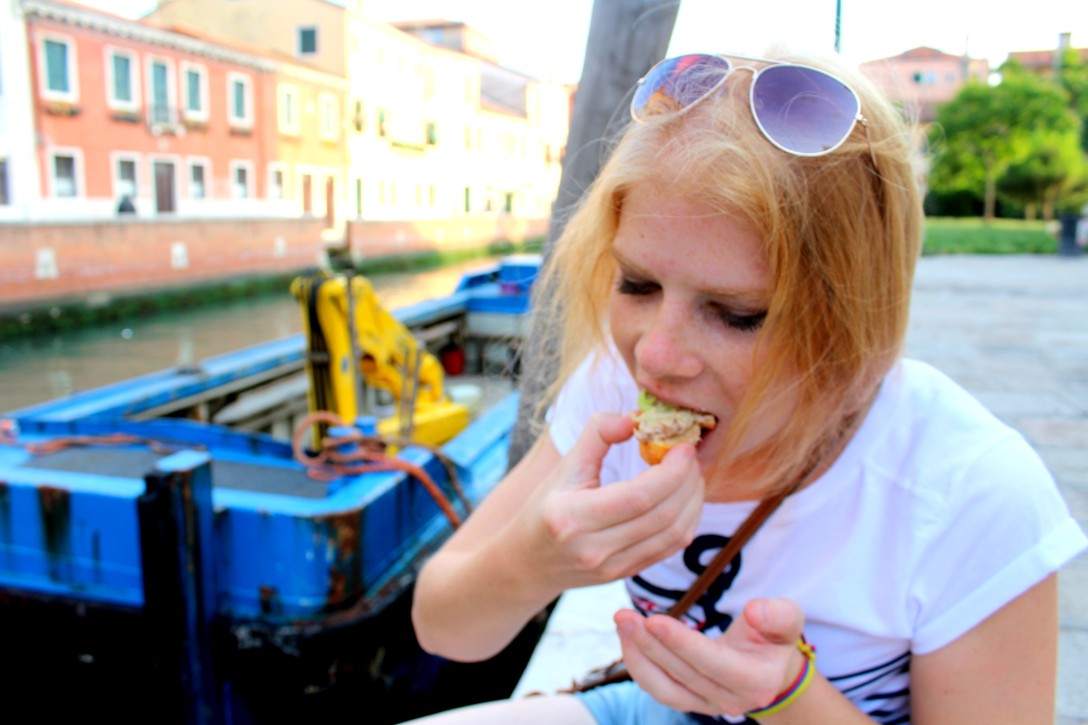 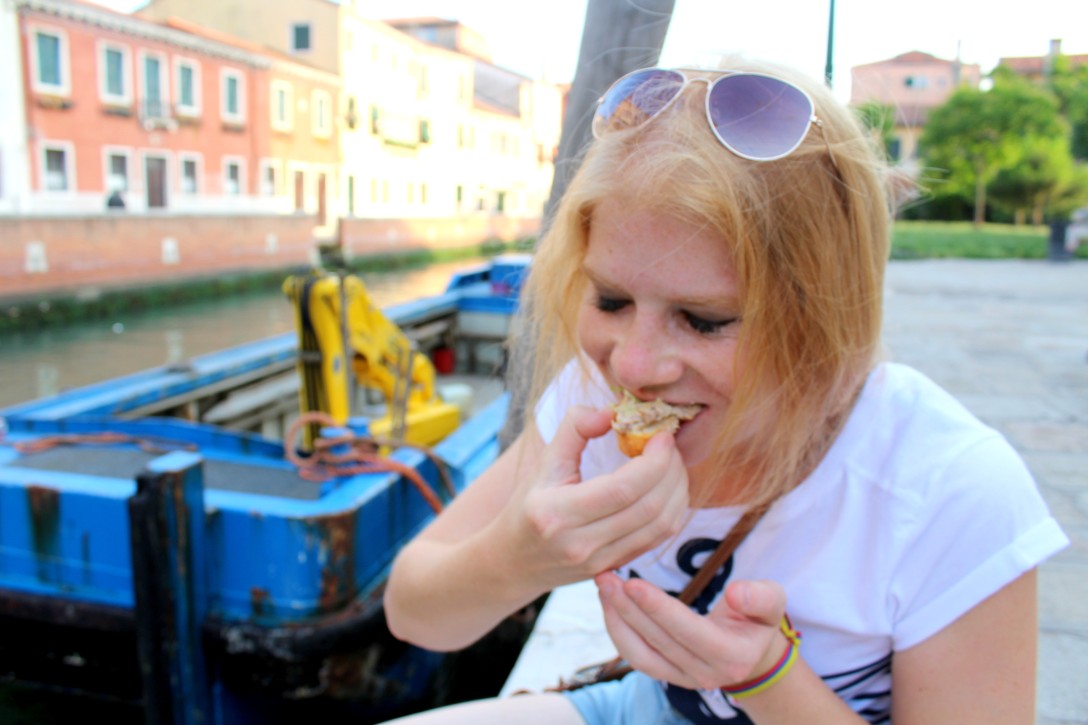 Dogs, rather than humans, sometimes drive the gondolas. 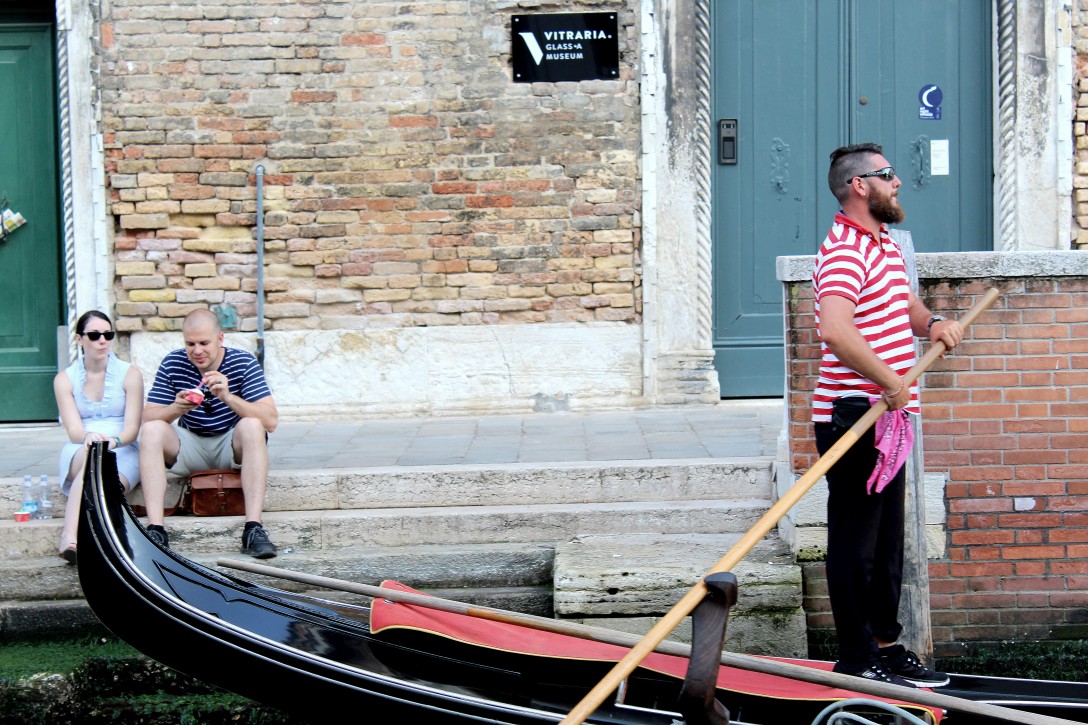 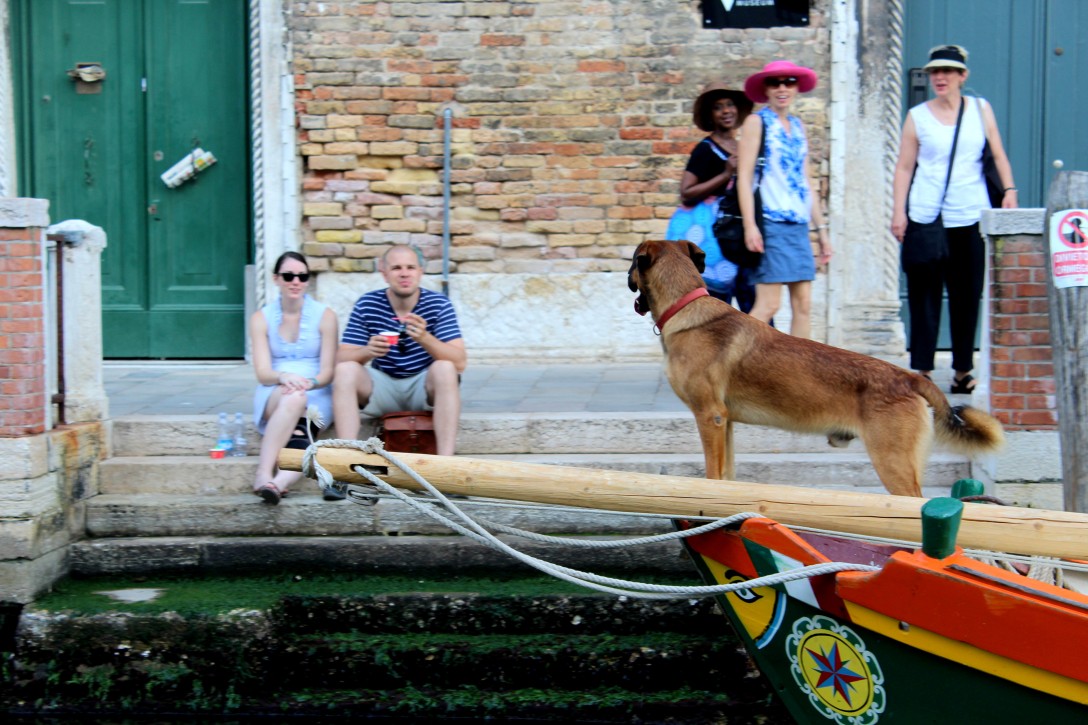 We sat eating and talking for nearly an hour, before heading off to our next destination, which I’ll share tomorrow- in part because my computer is at 4 percent and must take a sleep. 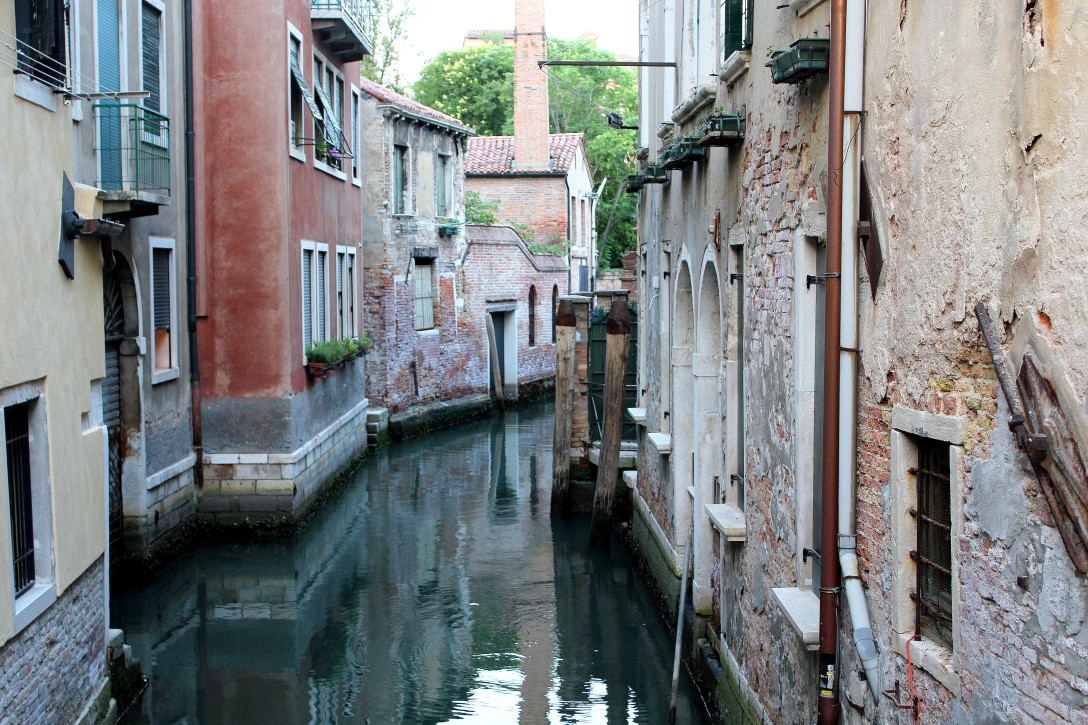 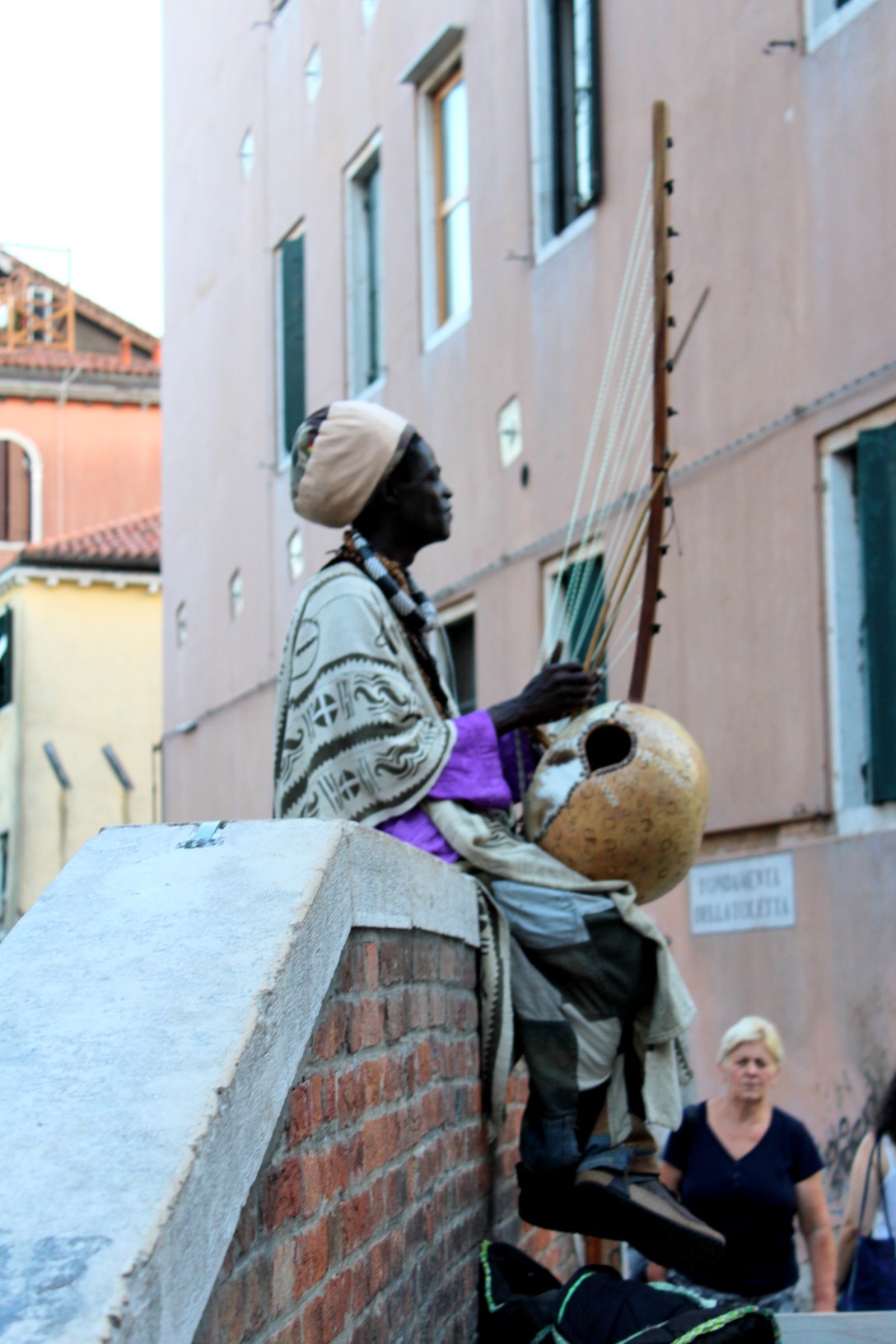 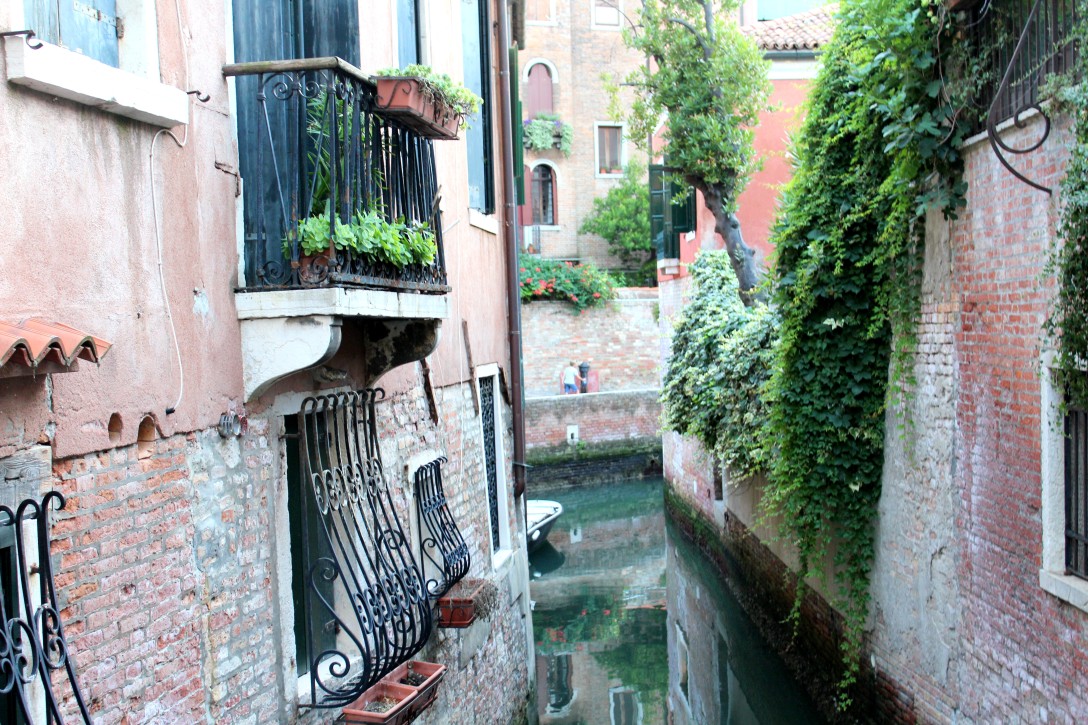 2 thoughts on “Cicchetti and Gallerie dell’Accademia”