This past Saturday, Justin, Steven, Danielle, Kay, and I went to Autumn at Oz. The World of Oz is a Wizard-of-Oz themed park nestled on Beech Mountain near Boone. Wildly popular in the mid-20th century but abandoned in 1980, the park is now re-opened for a few weekends  every fall during peak leaf-changing time for Wizard of Oz fans to visit. Justin, knowing how much I love Wizard of Oz, bought the three of us tickets months ago, and I bought Danielle and Kay tickets since they live at Appalachian University now.

We picked the chickadees up and headed to Beech after eating at a diner right by the university. We knew it was going t0 be cold. But we weren’t prepared for just how cold it was.

Kay had forgotten to bring a jacket so she piled on whatever extras we had available. 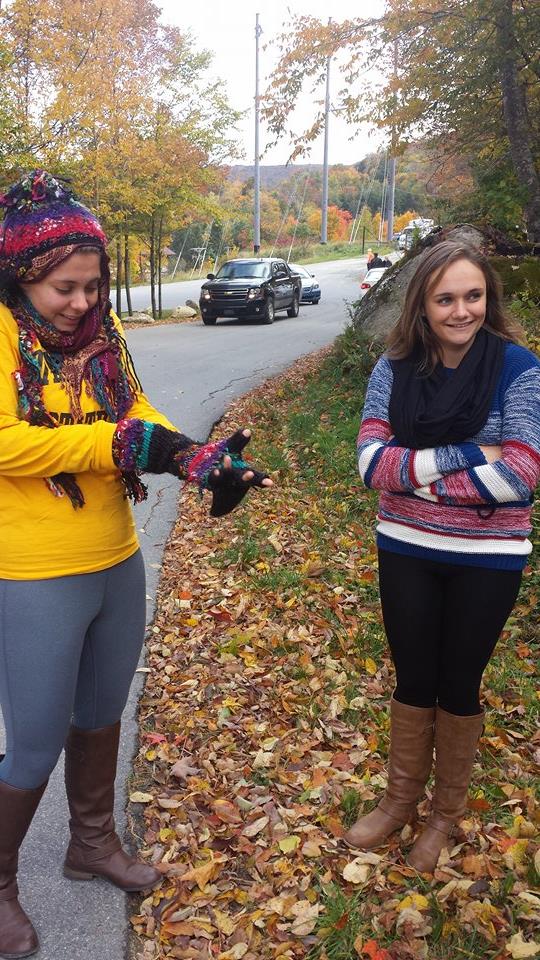 I love the picture below, even though they all look like they’re preparing for the Iditarod. 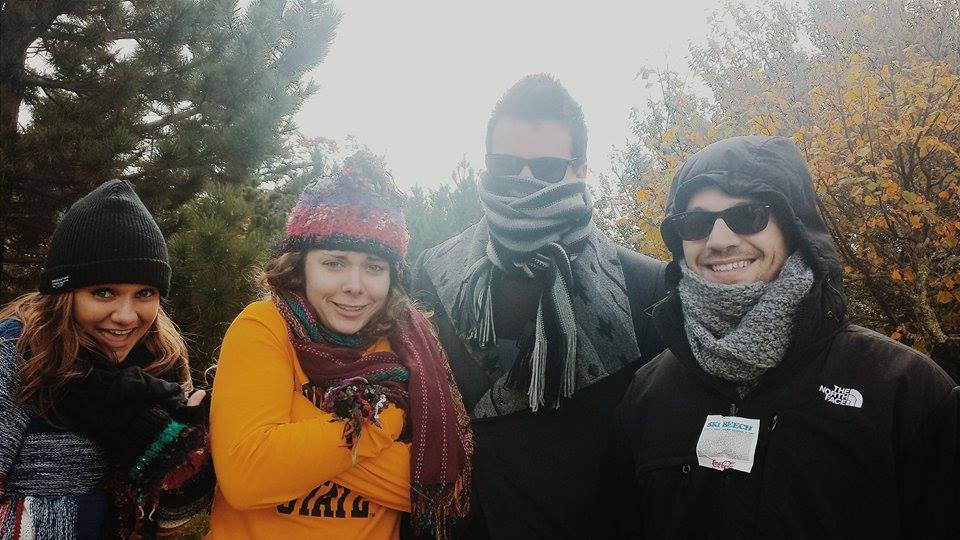 I also love this picture quite a lot. Walking through life, you often pick up more siblings along the way. 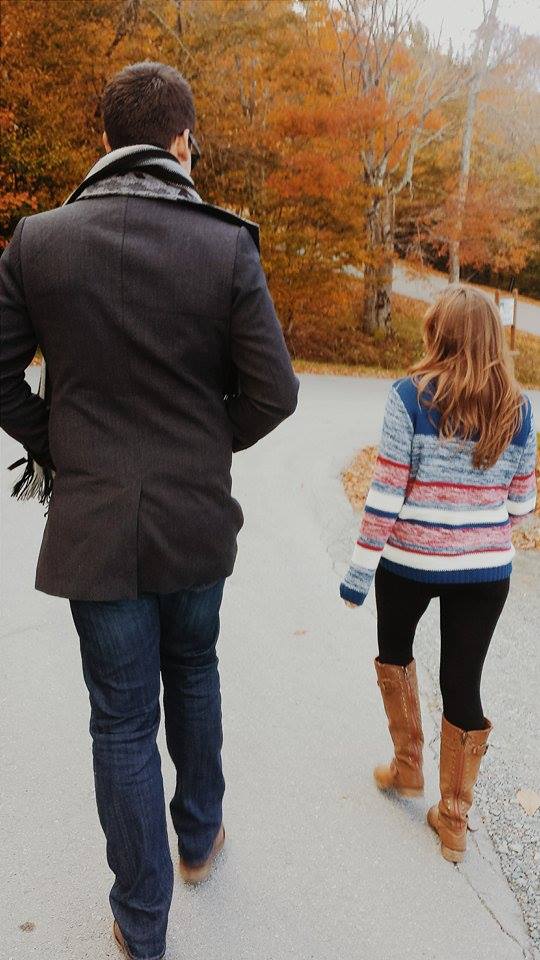 We walked from the car to the check-in center, which in the snow season functions as the main ski lodge area. There we bought some nice tea’s, hot chocolates, and other warmables, to give our throats a hug before we continued. 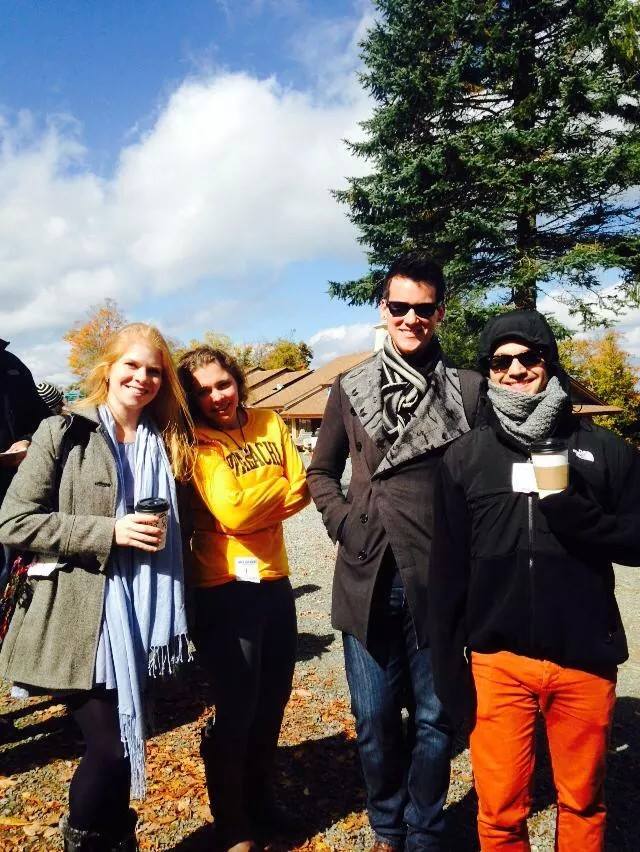 After this, we went up to the park- on the ski lift! Which really just made everything colder but was stunning. 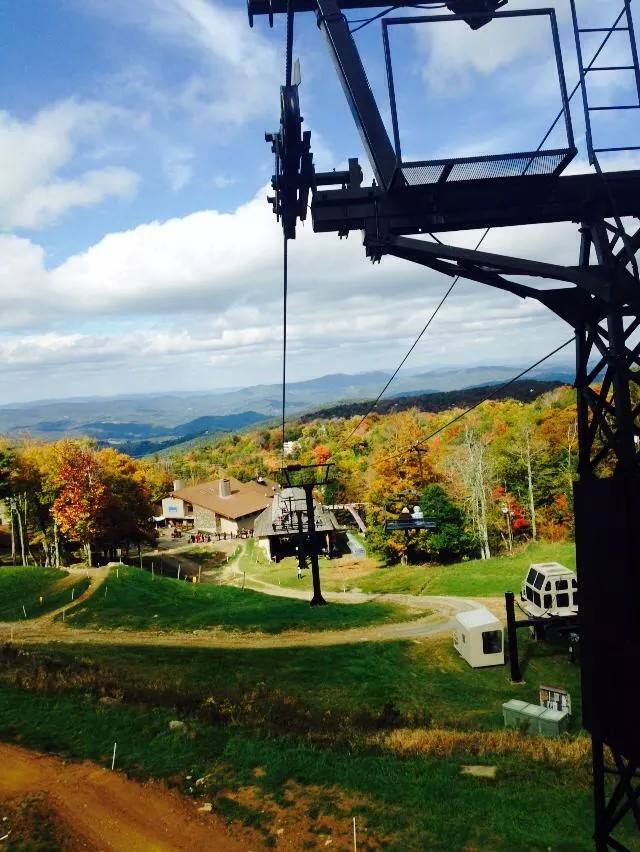 The view was more than beautiful and it reminded me how wonderful a medicine mountains are for  my soul. 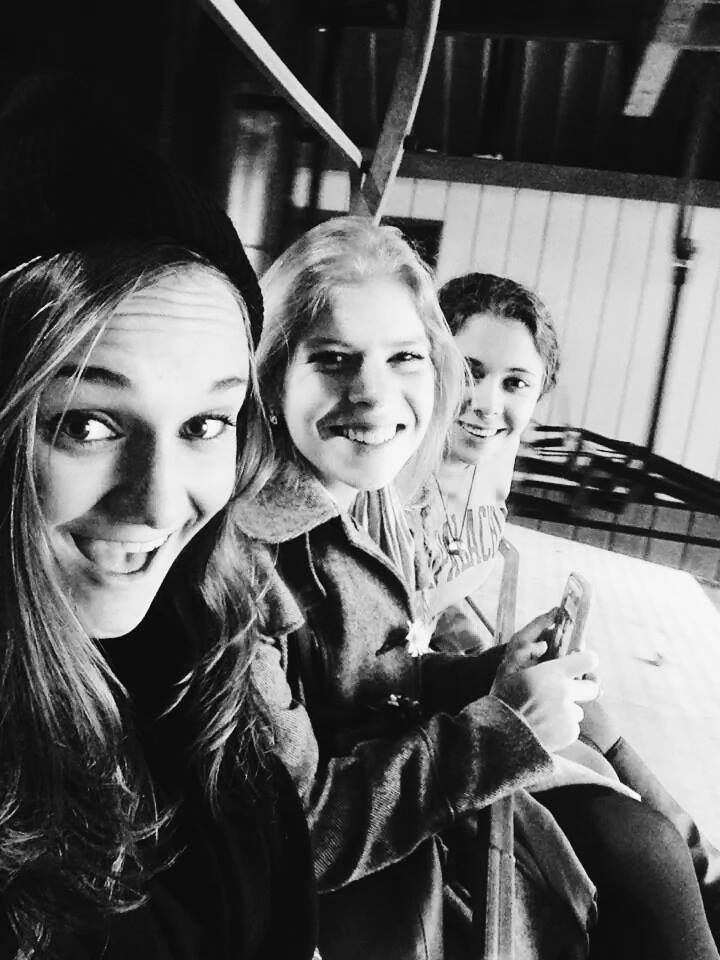 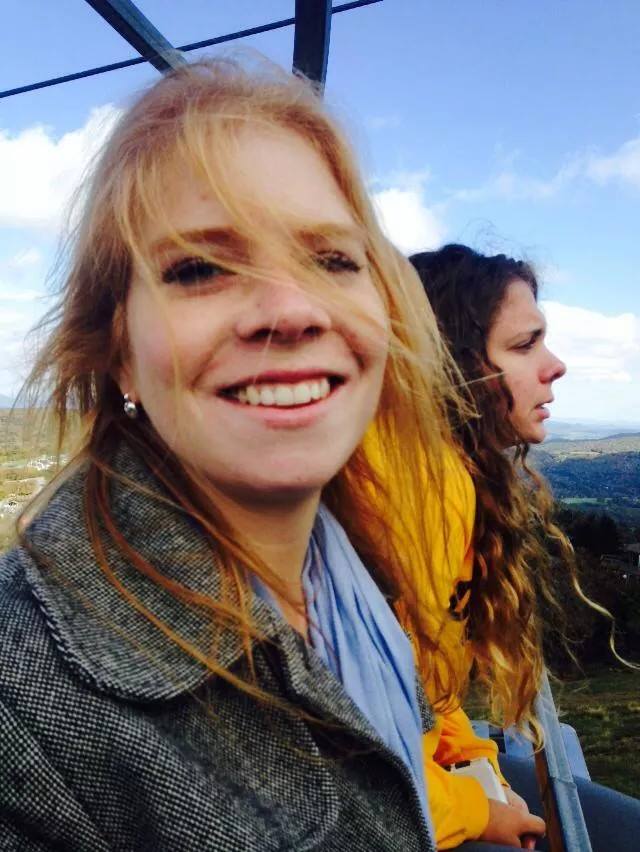 We reached the top amidst incredibly strong winds and a wind chill of less than thirty, and had to wait in extremely long lines to enter Oz. Then we had to wait in another long line to enter Dorothy’s House, which let you actually enter Oz. So we amused ourselves until we entered. 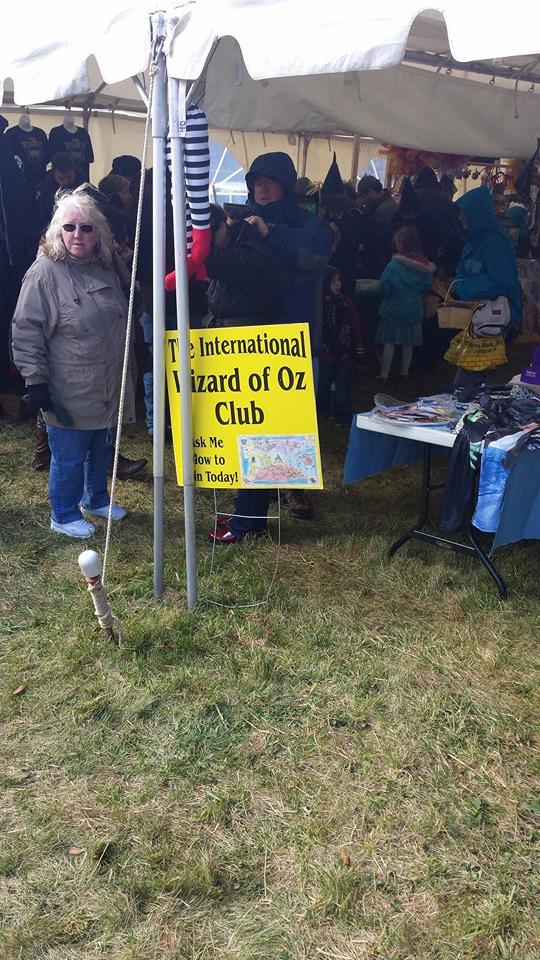 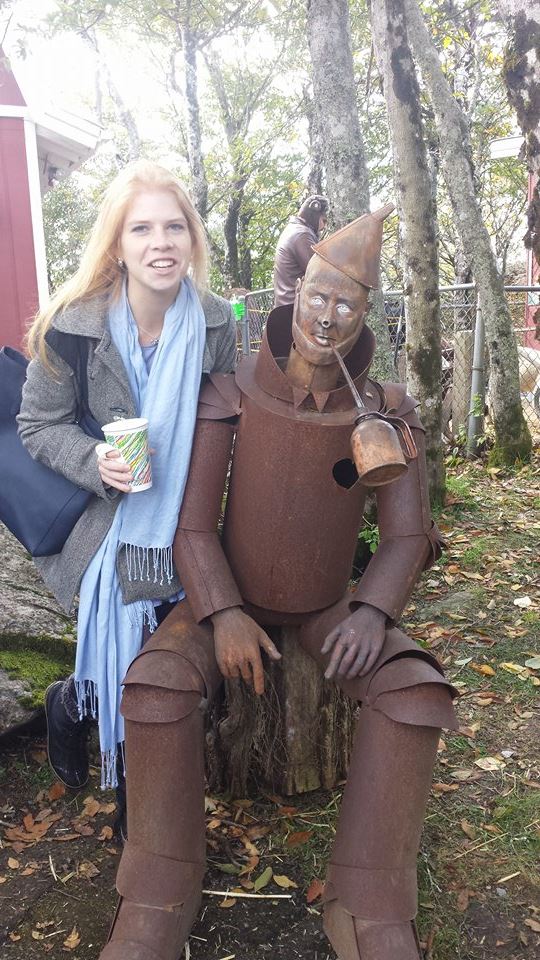 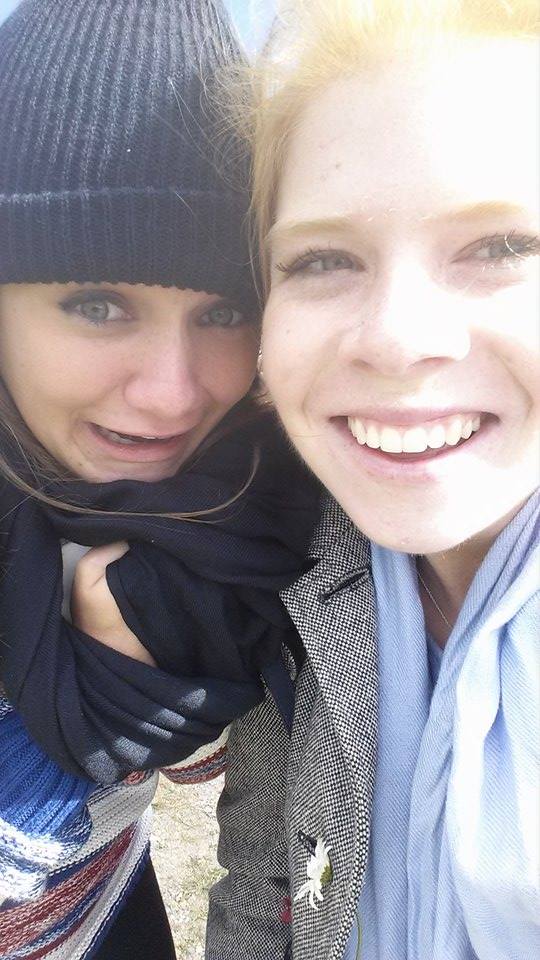 Danielle and I have this policy that when we both look less than cute, we’re allowed to post the picture anyway. This one certainly qualifies. 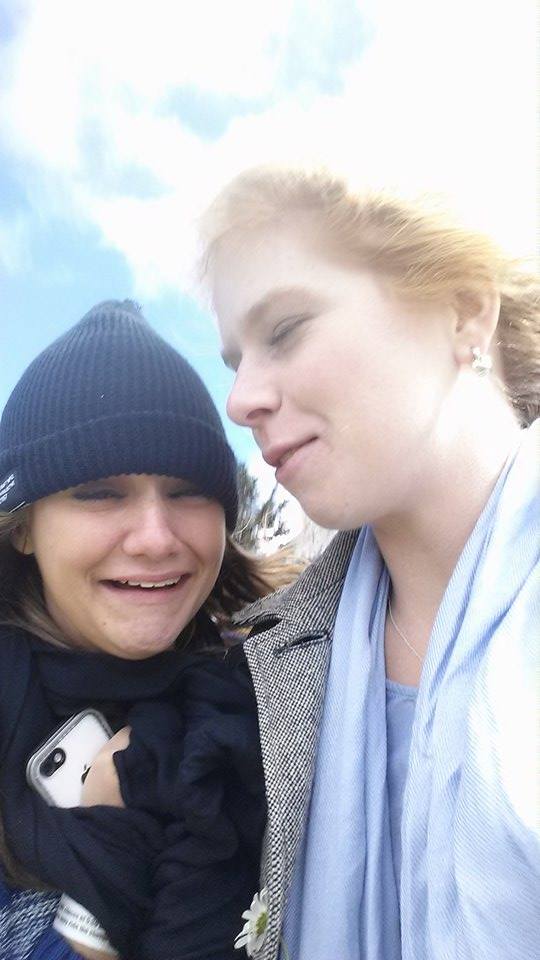 We met Professor Marvel and, from his lookout, had a stunning view of the Appalachia. The entire time I was humming “Appalachian Spring” to myself. (silently). (Same views, different cameras, and different edits). 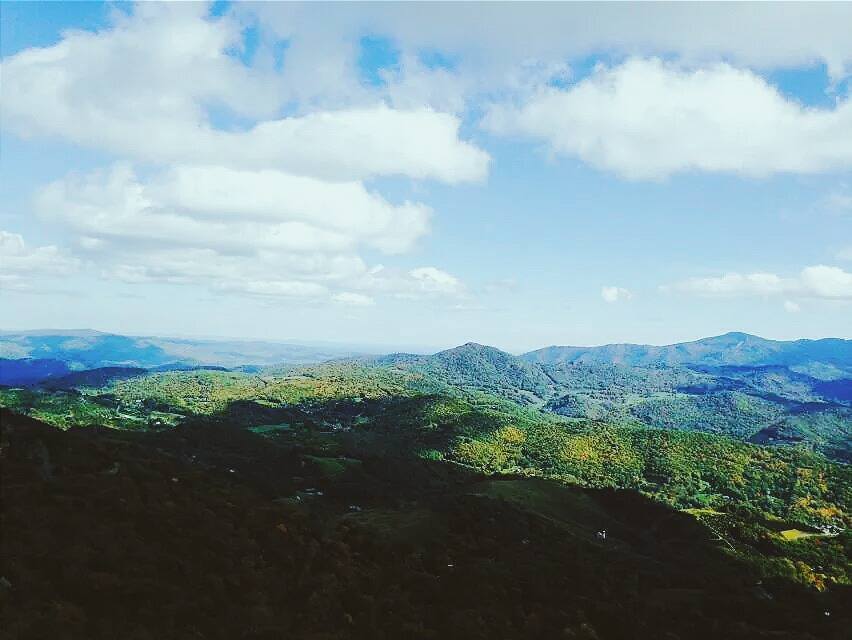 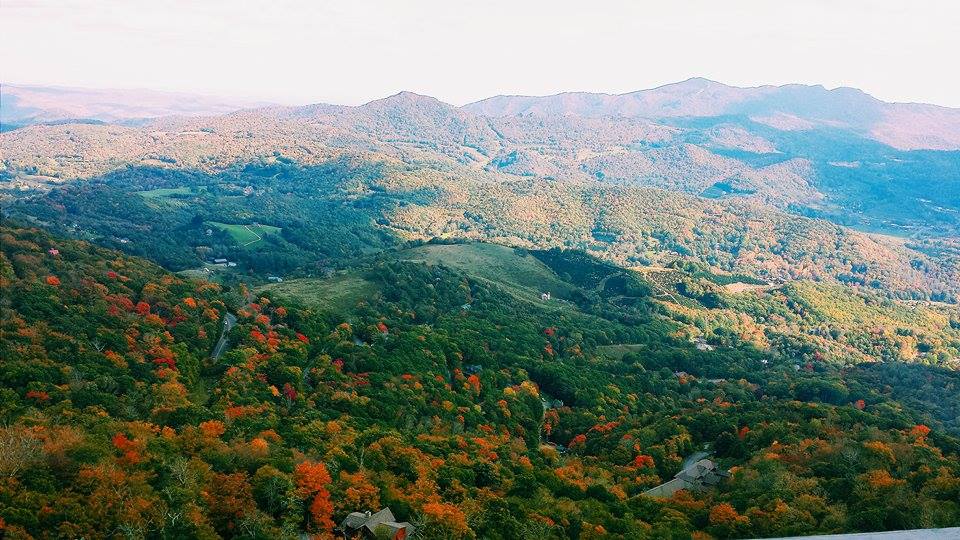 Finally we were able to enter the house. We climbed down a staircase into a blackened, black-lighted cellar that was supposed to recreate the tornado, and then into another “house,” which was entirely off-kilter and simulated Dorothy’s home when she woke up.

And then, we were in Oz.

Let me tell you a little bit about my history with Wizard of Oz. I went six years in a row as Dorothy when I was younger. My Daddy painstakingly hand-painted, glued, and glittered ruby red slippers for my costume. I used to sing the soundtrack in church rather than the hymnals- so while the church was raising their voices in unison to Nearer My God To Thee, I was dutifully singing “Follow the Yellow Brick Road.”

We exited Dorothy’s tornadoed house and suddenly found ourselves in the midst of the yellow brick road, and it was magical. 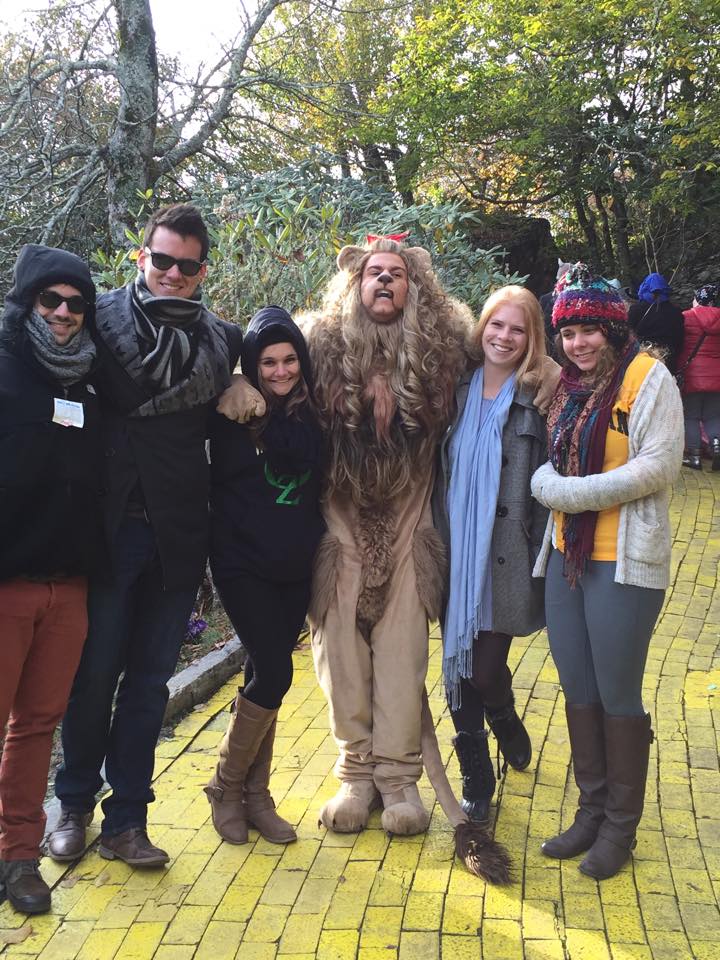 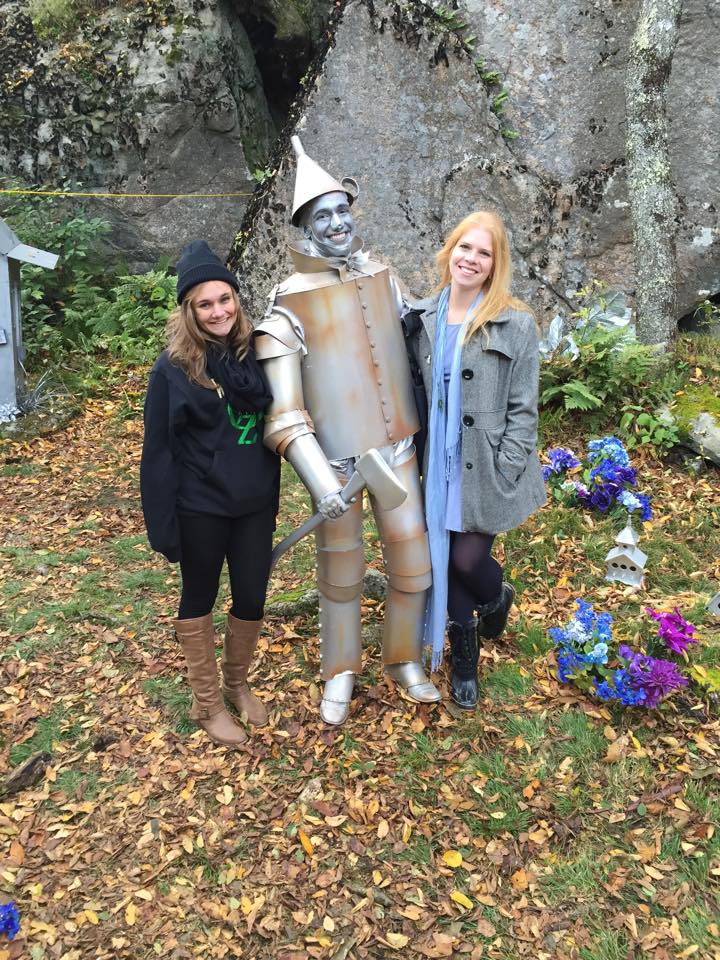 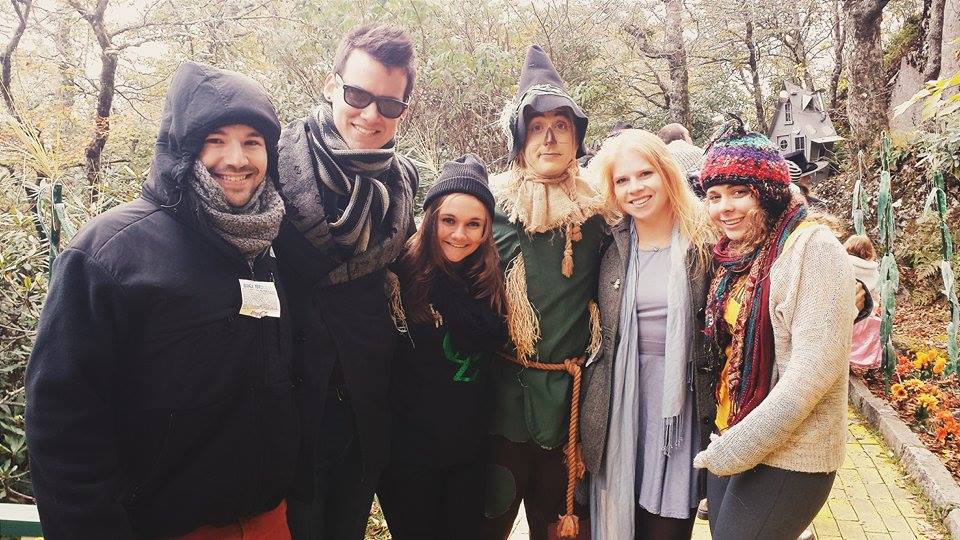 You meet munchkins and every significant character from the movie.

Another Wizard of Oz story: When I was smaller, my father was an assistant principal at a school in the county I grew up in. His theatre director put on a school production of The Wizard of Oz, and my father took me. That was not only my first introduction to musical theatre, which I grew to love (and still love), but it was also the seal on my love of Wizard of Oz.

Fast-forward exactly ten years later, and the same then-director was now the director of a county-wide performance ensemble, and was producing The Wizard of Oz again. By this time I was a sophomore in high school and was knee-deep in playing oboe every chance I could. That year, I played oboe and English Horn in the orchestra pit of the Wizard of Oz- and that was quite magical, too.

All I could think of when I saw these guys was how many thousands of times I played their march on my English Horn. 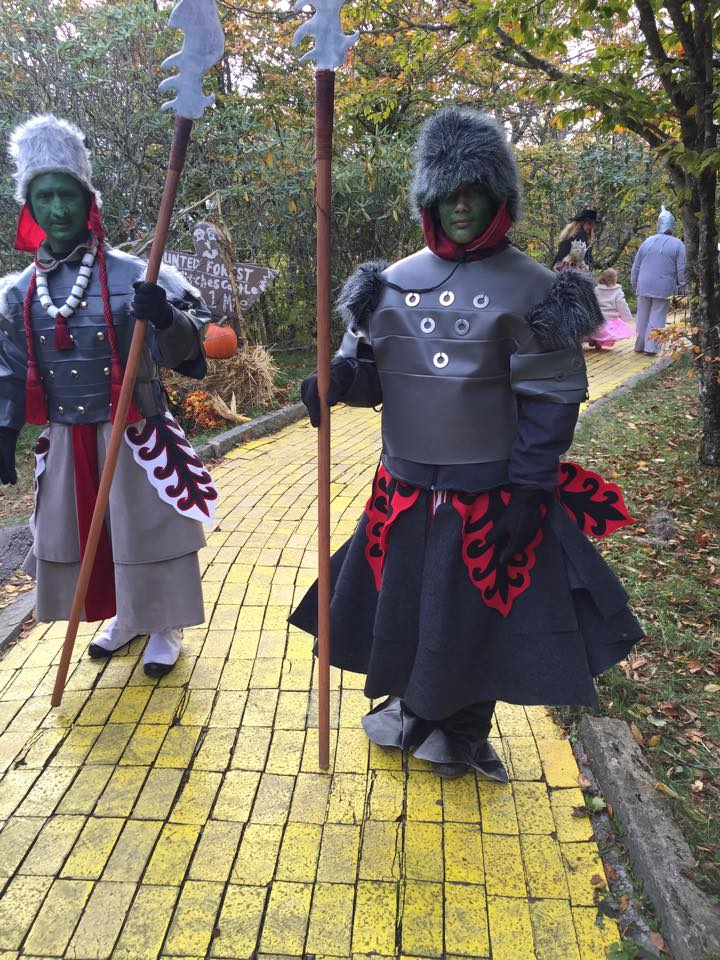 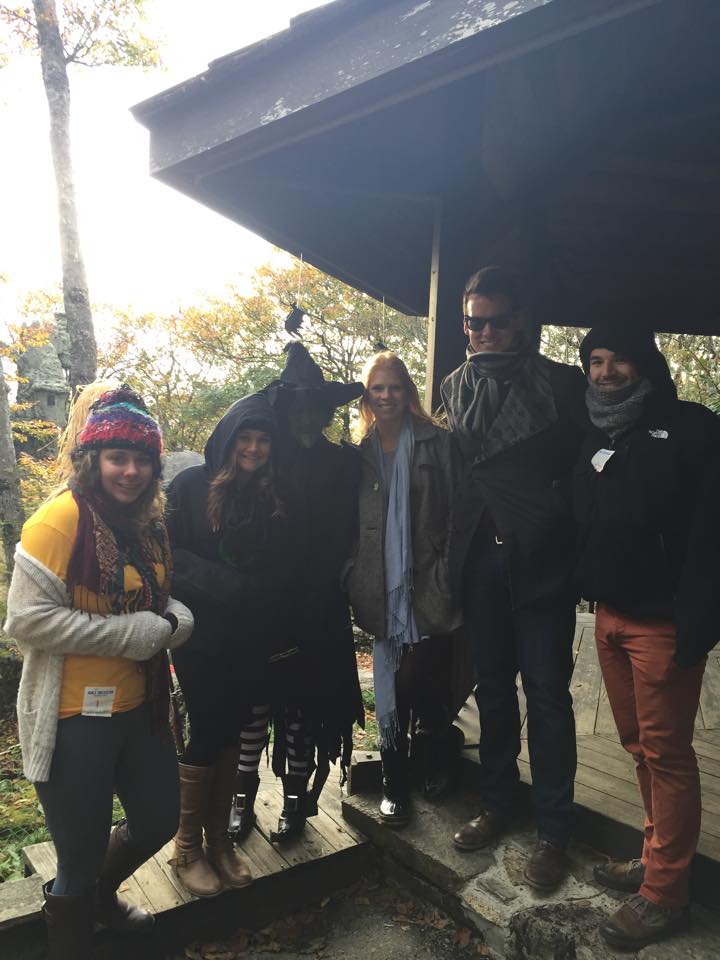 Steven and I decided to skip down the Yellow Brick Road: 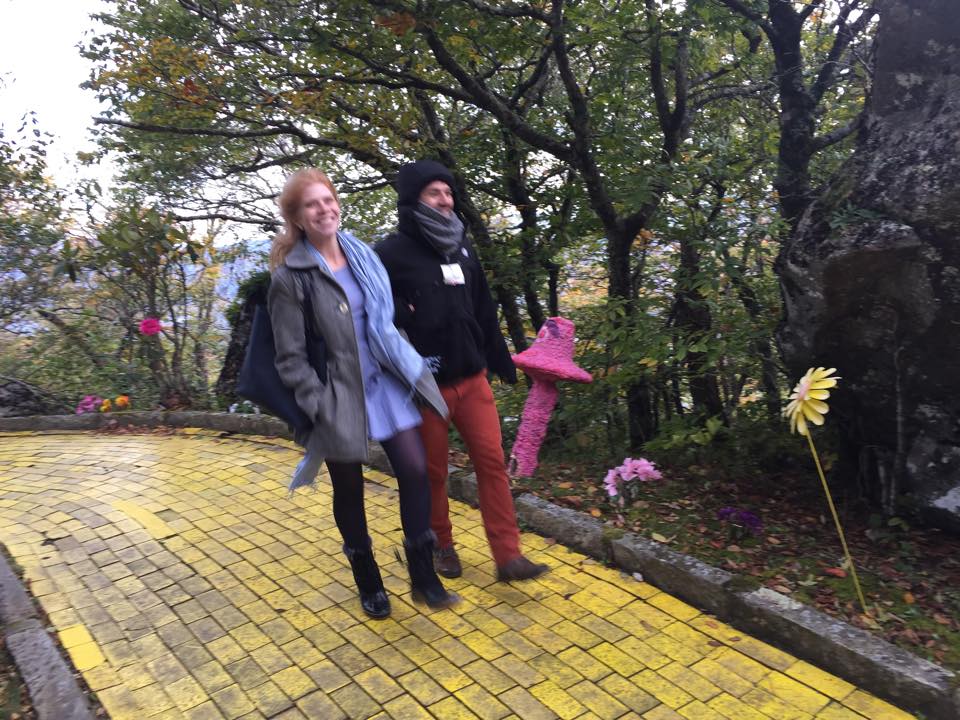 (Note Danielle’s face in the next one): 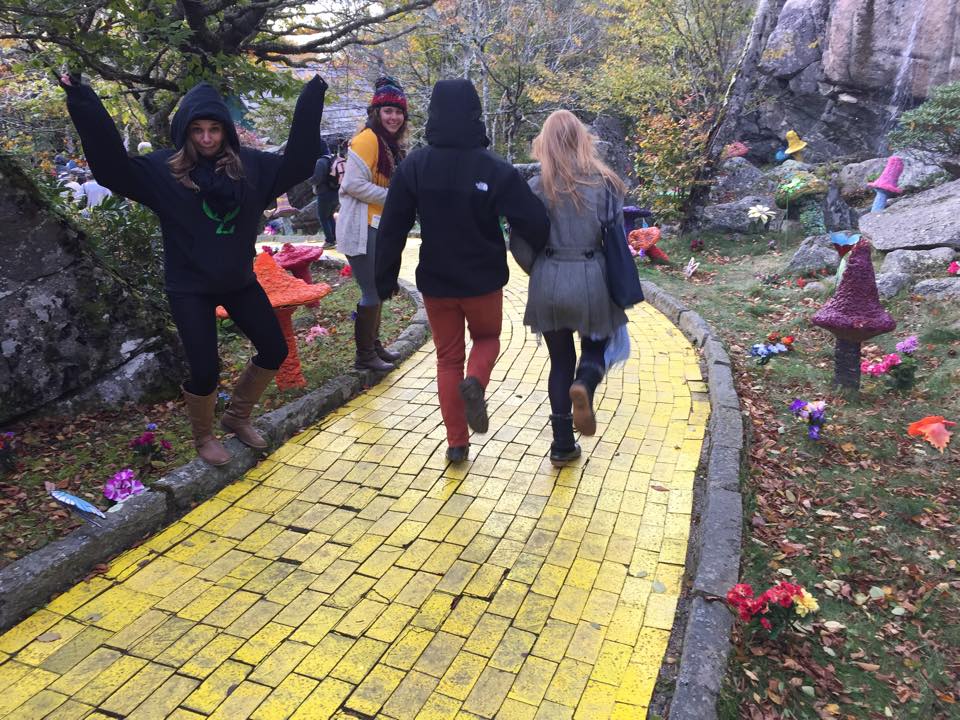 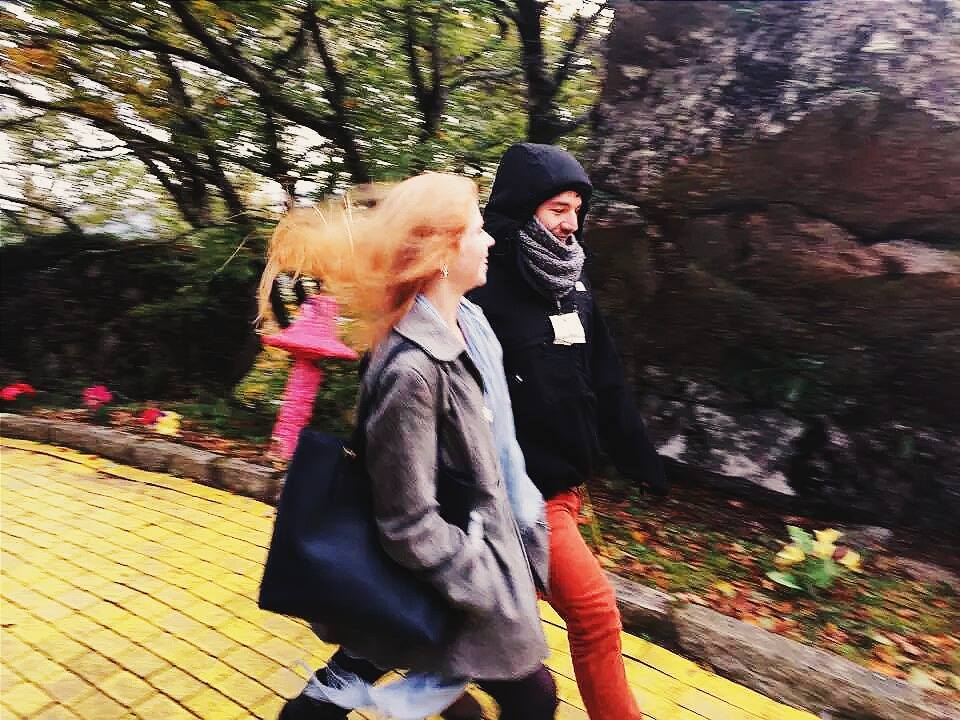 We off-roaded a bit and found a cave.

And, while waiting for our full-cast shot, we found the most beautiful lookout.

Again- and I won’t take up more of your time here  writing pages about this- something about the mountains soothes my soul in such a way that the daily subtle state of suffocation silences itself, and my soul can sing.

I edited this picture one way for the sky: 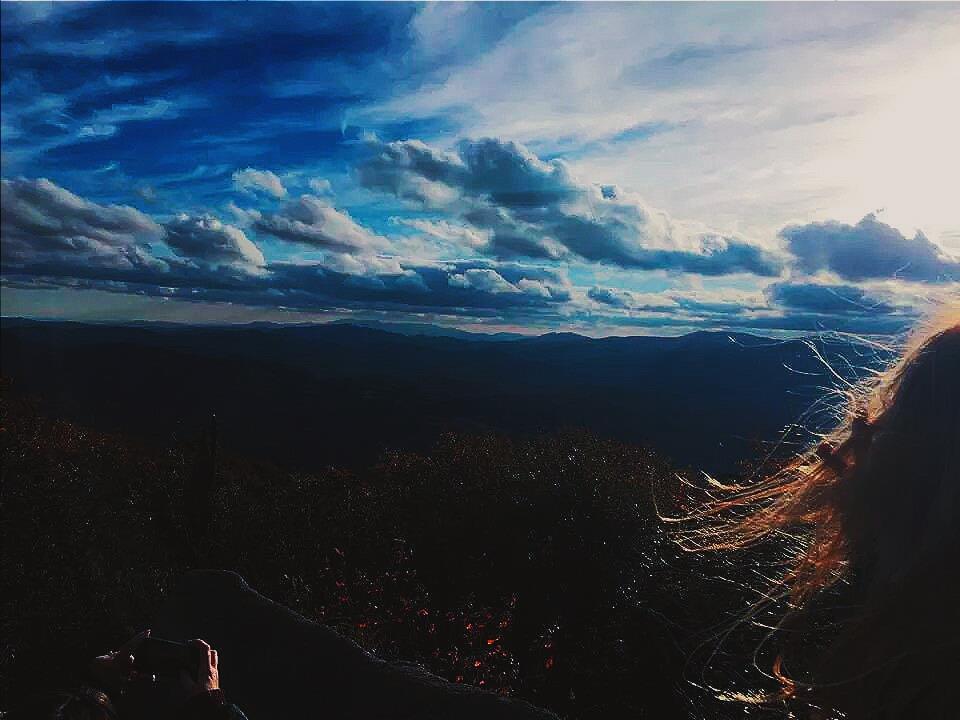 And I edited it this way for the leaves: 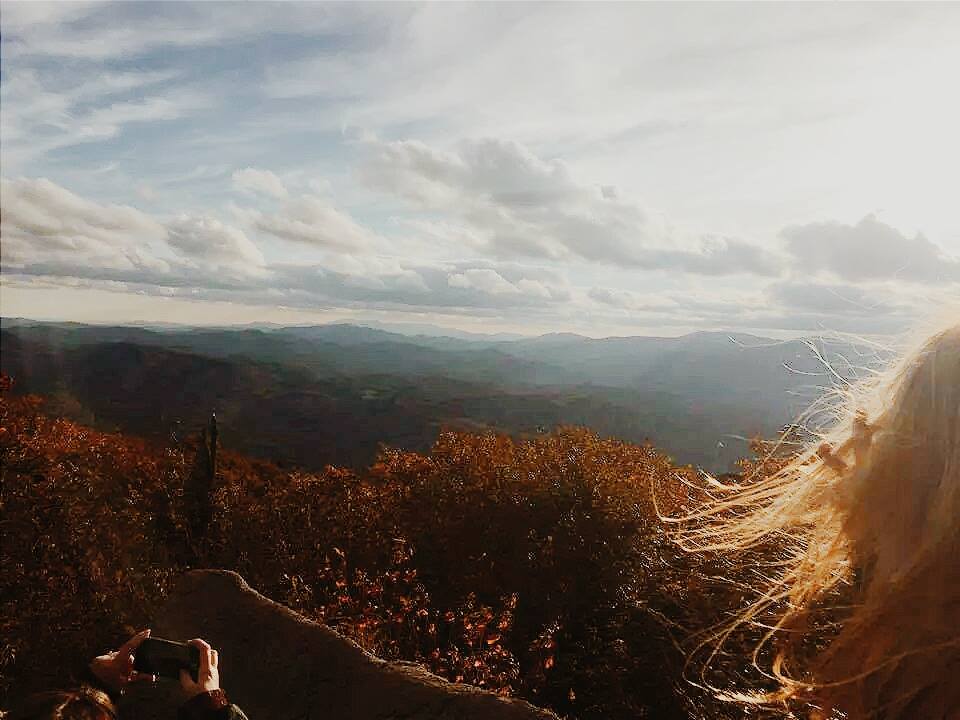 This is also one of my favorite pictures from the day, because you can’t get a view like that and not take a selfie. 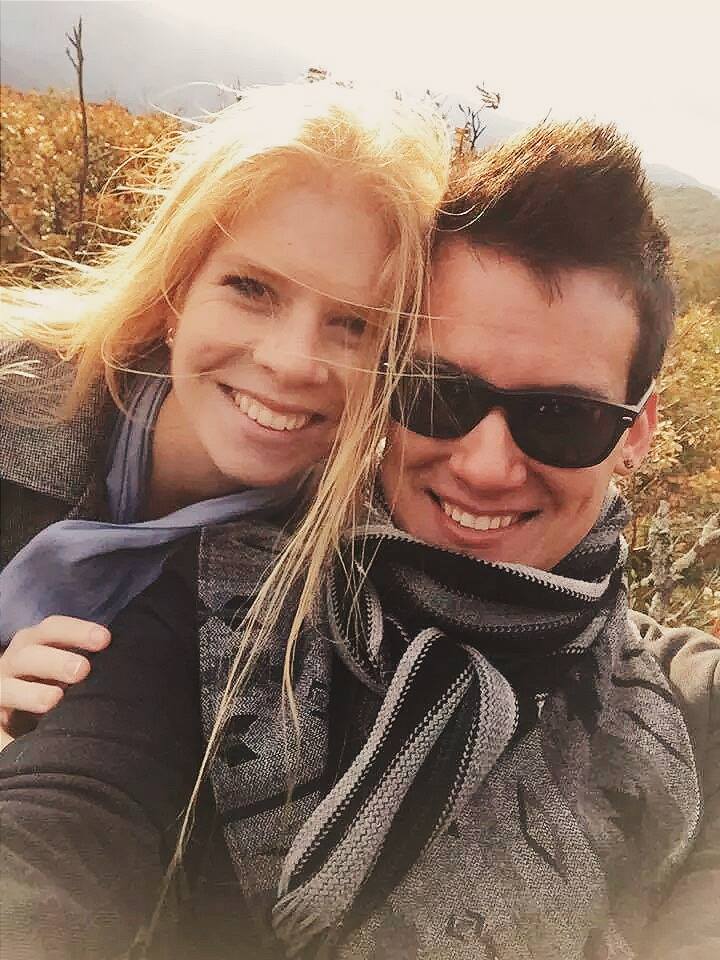 And this is Justin and Steven’s version: 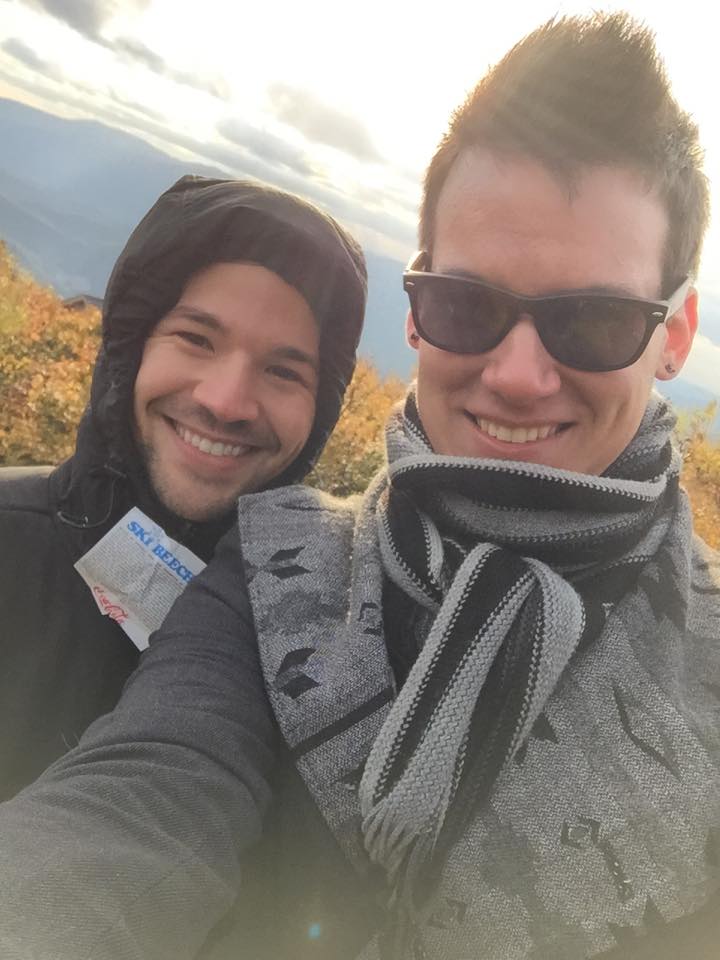 Then we got to meet the entire crew. 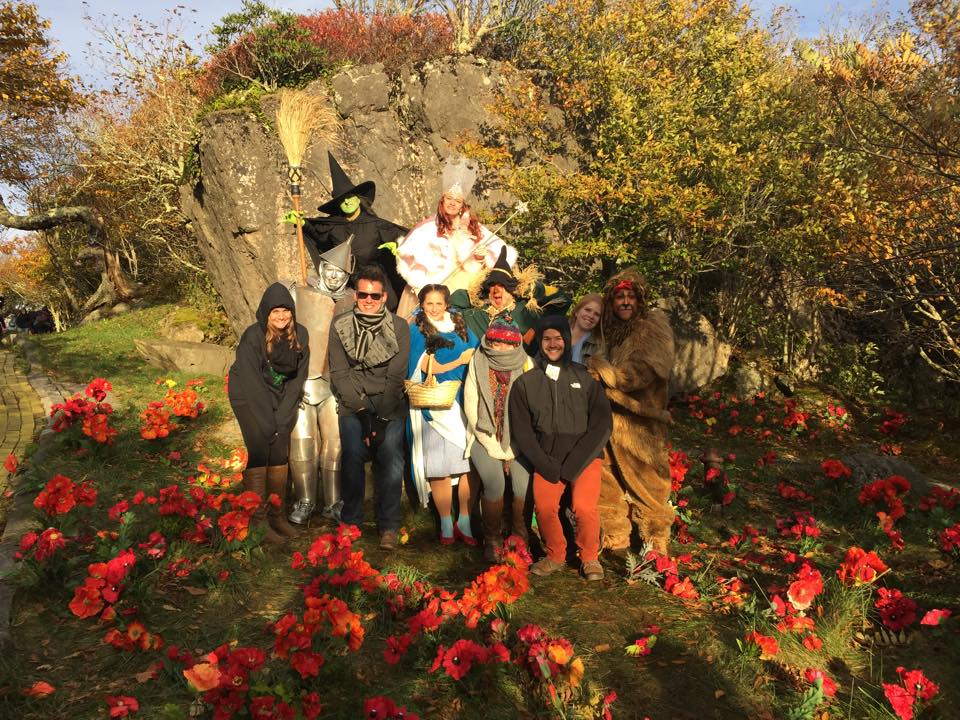 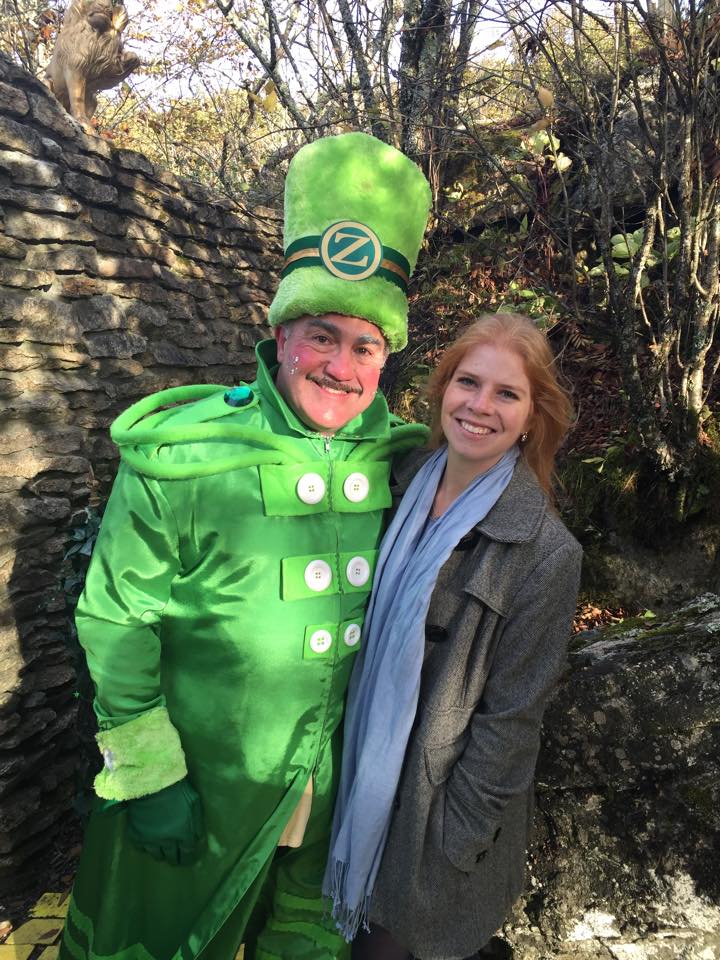 Even the ride home on the bus was beautiful, though by this point we were all popsicles.

And I’ll leave you with these two pictures, also two of my favorites. 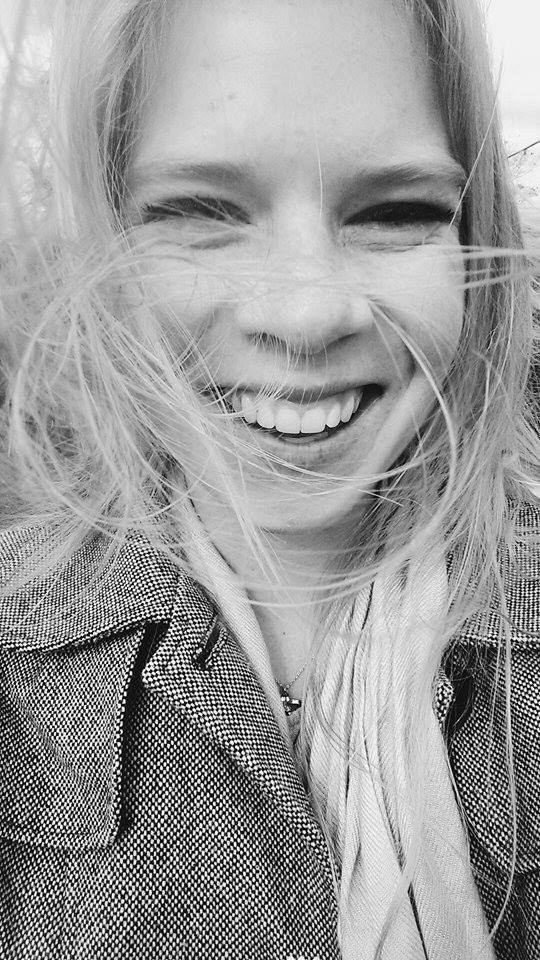 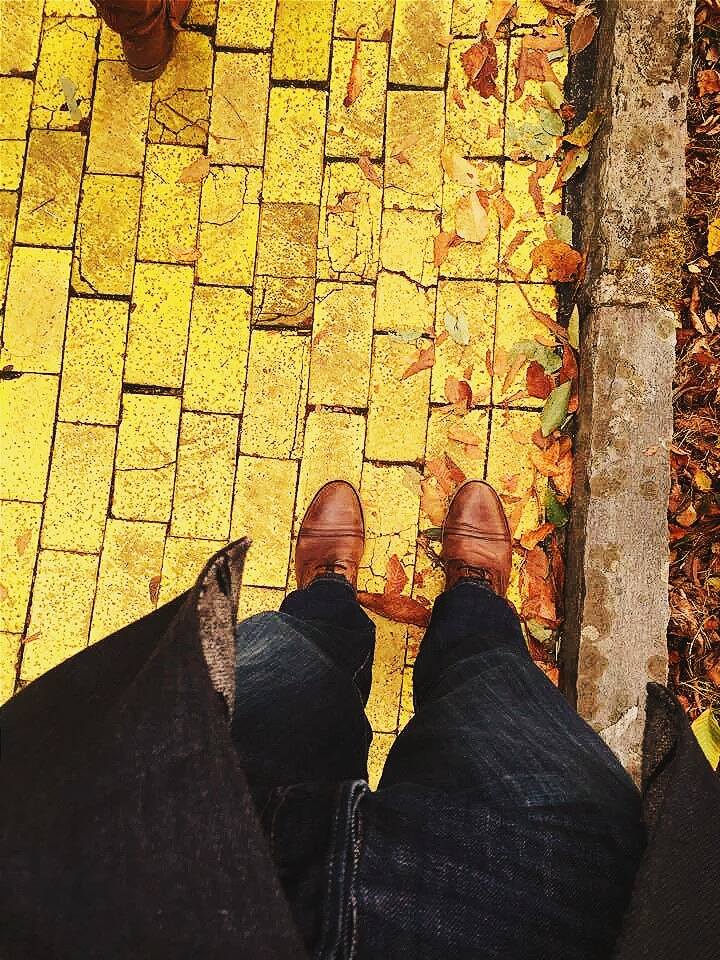 There’s no place like home- and home is with your family.